Knowing God: His Name is YHWH 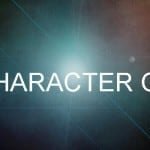 Os Guinness said, “The fact is that without God, we cannot know God. For a start, we are incapable of knowing God by ourselves, so he has to disclose himself—in revelation. But beyond that, God is a person and not an object, so if we are to know him, he must keep on showing himself to us—in relationship. Knowing God therefore begins and ends with God, and it is a gift whose name is grace. But love like that calls for love in return, and the Christian faith that it forges is not the knowledge of a spectator, let alone the prying of a voyeur. It is the knowing of a lover.”[i]

Jacob was a scoundrel. He was a momma’s boy who deceived his brother out of his birthright and tricked his father for a blessing. In return, when his father died, he fled for his life because he thought for sure Esau will kill him. So his mother sent him away to her relatives in a distant city.

Under the protection of Laben, Jacob prospered. This wasn’t because Laben didn’t try deceive and trick Jacob but because God’s hand of blessing was upon him. When Jacob’s prospering turned contentious for the family, he fled again under cover of night with his family and wealth. This time fearing Laban would kill him, the LORD strictly commanded Laban to not harm Jacob. After the threat of Laban passed, Jacob received word that Esau and a large company was approaching him. Again Jacob feared for his life. Now here is where Jacob meets God.

Genesis 32:24-32, “And Jacob was left alone. And a man wrestled with him until the breaking of the day. 25 When the man saw that he did not prevail against Jacob, he touched his hip socket, and Jacob’s hip was put out of joint as he wrestled with him. 26 Then he said, “Let me go, for the day has broken.” But Jacob said, “I will not let you go unless you bless me.” 27 And he said to him, “What is your name?” And he said, “Jacob.” 28 Then he said, “Your name shall no longer be called Jacob, but Israel,[b] for you have striven with God and with men, and have prevailed.” 29 Then Jacob asked him, “Please tell me your name.” But he said, “Why is it that you ask my name?” And there he blessed him. 30 So Jacob called the name of the place Peniel,[c] saying, “For I have seen God face to face, and yet my life has been delivered.” 31 The sun rose upon him as he passed Penuel, limping because of his hip. 32 Therefore to this day the people of Israel do not eat the sinew of the thigh that is on the hip socket, because he touched the socket of Jacob’s hip on the sinew of the thigh.

Jacob has seen God and knows him intimately. He has wrestled with God and lived. Jacob survives the meeting with Esau and settles in the Promised Land. He continues to prosper. His flock grows larger, his possessions increase, and he has a dozen sons. We all know the story of Joseph and how his brothers sold him into slavery, including how he was thrown into prison, but then became second in charge of Egypt after he interpreted Pharaoh’s dream.

After Joseph’s brothers came to Egypt to buy grain their brother unknowingly, find out Joseph is alive. Joseph invites his entire family to move to Egypt so he can care for them while the famine continues. Many years pass and the Pharaoh forgets Joseph and how he saved all of Egypt. And Israel forgets their God. The Egyptians then enslave Israel. They wrestle with Hebrews and subjugate them.

Now even in these arduous conditions Jacob’s family still prospers—and Pharaoh sees this. He commands all the male children to be killed, but Aram and Jochebed hide their son Moses in the basket on a river until Pharaoh’s daughter finds him, allows his real mother to be his nurse, and raises him in the palace. He grows in privilege and doesn’t know the suffering of his people. He also doesn’t know the God of Israel.

But one day he sees an Egyptian beating a Hebrew slave and he kills the Egyptian task master. Word spreads and the next day he is walking through Goshen and sees two Hebrews arguing and they they ask, “Will you kill us like you did the Egyptian?” Moses flees terrified for his life.

In the wilderness, he finds a wife and family. He works for his father-in-law as a shepherd. One day:

Exodus 3:1-17, “Now Moses was keeping the flock of his father-in-law, Jethro, the priest of Midian, and he led his flock to the west side of the wilderness and came to Horeb, the mountain of God. 2 And the angel of the Lord appeared to him in a flame of fire out of the midst of a bush. He looked, and behold, the bush was burning, yet it was not consumed. . . .

6 And he said, “I am the God of your father, the God of Abraham, the God of Isaac, and the God of Jacob.” And Moses hid his face, for he was afraid to look at God.

7 Then the Lord said, “I have surely seen the affliction of my people who are in Egypt and have heard their cry because of their taskmasters. I know their sufferings, 8 and I have come down to deliver them out of the hand of the Egyptians and to bring them up out of that land to a good and broad land, a land flowing with milk and honey. . . .

God reveals himself here in a way that’s fresh and new. He says I AM—or My name is YHWH. As Os Guinness said, “The fact is that without God, we cannot know God.”[ii] And here God reveals him to Israel. This revelation tells us something about God. He is not a creature dependent on someone else for his existence, he does not have a beginning, and he does not change—I AM THAT I AM.

This was a bold proclamation to Israel who had forgotten who their God was and the promises he made their fathers. He would make them a great nation. He would fight their battles. He would bless them. He was in covenant with them (Gen 14). The impossibility of God being anything other than the self-existent I AM demonstrated the impossibility of his promises failing.

What happens next? God slowly destroys the Egyptian seat of power with twelve plagues. These plagues aren’t just to destroy the Egyptians as they are to show Israel that he is for them. He saves them with his strong right hand. Now one final wrinkle. In the New Testament, Jude writes, “Now I want to remind you, although you once fully knew it, that Jesus, who saved a people out of the land of Egypt, afterward destroyed those who did not believe” (1:5). Jude reveals that it was Jesus Christ the Messiah who led his people out of Egypt. Jesus then is not a creature dependent on someone else for his existence, he does not have a beginning, and he does not change—I AM THAT I AM (Jn. 18:4-7). The Nicene Creed states this truth plainly,

We believe in one Lord, Jesus Christ, the only Son of God, eternally begotten of the Father, God from God, Light from Light, true God from true God, begotten, not made, of one Being with the Father.

YHWH then is most fully known when we look in the face of Jesus Christ. He is the exact imprint of the glory of God (2 Cor. 4:6).

Creatures, there’s none awesome
Like Yahweh, the only Uncaused One
Nah, none put Him into existence, see
He always was His own sufficiency
His glory- He knows it perfectly
No need of time- He is His own eternity
True indeed, there’s nothing that You would need
As a Triune, loving community
The “I AM”—tells His famous NAME
From the burning bush—the self-sustaining flame
Free in sovereignty—there’s no doubtin’
He is all He needs—His own FOUNTAIN!
You need none-You’re independent
Impossible for You to have discontentment
Because in Yourself—You’re full of pleasure
Oh God, You are Your own Holy treasure! 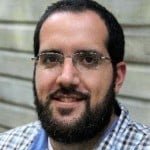