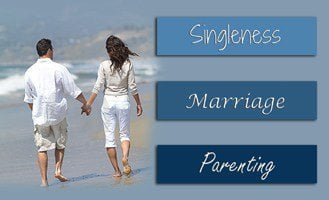 Being Quick to Hear, Slow to Speak, and Slow to Anger

“A hot-tempered man stirs up strife, but he who is slow to anger quiets contention” (Prov. 15:18).

“He that is soon angry dealeth foolishly: and a man of wicked devices is hated” (Prov. 14:17)

“Be not quick in your spirit to become angry, for anger lodges in the bosom of fools” (Eccl. 7:9)

“Know this, my beloved brothers: let every person be quick to hear, slow to speak, slow to anger; for the anger of man does not produce the righteousness of God” (Jam. 1:19-20).

Raising a pre-teen is tough stuff as anyone who has either been a pre-teen (which is everyone who likely will be reading this) or those who have raised or are raising a child of that age will attest. For some reason, during this time of life, a little thing called rebellion begins to rear its ugly, despicable head more often than not. This rebellion typically stems from the child bucking against authority, namely the parents or anyone who gets in the way of complete, unadulterated freedom or restrictions on behavior.

As relatively new parents of an adopted 12 year old, we are in the throes of dealing every now and then with this thing called rebellion. While rebellion is an issue in its own right, something deserving of its own post, my desire is to talk about that naughty little attitude that rears its own ugly head from the ones in authority. That attitude is anger, something that seems to well up like a geyser each time the equally sinful attitude of rebellion itself wells up like a geyser. When both sinful actions take place at the same time, it results in what Proverbs 15:18 states, a rather contentious event that has nothing godly taking place or anything helpful in its wake.

In our house, it is the nightly avalanche of homework that usually sets the rebellious and anger wheels into full gear. After all, what kid likes homework over free time and what parent likes to hear their child constantly whine and complain about having to do that which we as parents know is just a rite of passage? The answer is nobody on both counts. So after a smooth start to the homework process, we often hit a brick wall and then SMASH.

As a parent, I know we are supposed to be the ones setting the example of a calm, cool, and collected adult that understands what righteous behavior in the face of sinful behavior looks like. Unfortunately, knowing and doing are often two completely different things. I am mindful of the Apostle Paul’s words in Romans 7:15, “I do not understand what I do. For what I want to do I do not do, but what I hate I do.” Not much is worse than feeling that swelling of ungodly emotion rise up in your inner man (or woman), knowing it will likely try to bypass your brain making a beeline for your mouth. As soon as that outburst of anger takes place, there is an immediate sense of wicked satisfaction. I have often caught myself thinking “Well I have just asserted my parental authority with that angry comment so that should settle things. The King has spoken.” What actually takes place is that contention spoken of in Proverbs that we noted earlier.

Let’s break down the first part of this passage to see what James is telling us. He first admonishes us to be quick to hear. The Greek word for hear is akouō. Now this word means far more than just sound penetrating our eardrum. It has the meaning in this passage of to attend to, consider what is or has been said; to understand, perceive the sense of what is said. Notice the key words in those definitions. We have the commands to consider, attend to, perceive, and understand. This requires the close mouth open ears so the sound can actually penetrate our brains before we open our mouth to response approach. This requires contemplation, time, and effort, the true hallmarks of one who listens before speaking.

Next we have James telling us to be slow to speak. Seems easy enough right? The Greek word for speak is laleō. That word literally means in this context to utter a voice or emit a sound; to use the tongue or the faculty of speech; to use words in order to declare one’s mind and disclose one’s thoughts. Little harder than you might have thought right? Notice the idea of uttering a voice or even emitting a sound. So before you even say a peep, we first must have considered what was spoken to us, understanding what was said, obtaining a righteous response in our minds before we even speak.

Finally, James commands us to be slow to anger or wrath. The Greek word used for anger or wrath is orgē meaning anger, the natural disposition, temper, character; movement or agitation of the soul, impulse, desire, any violent emotion, but especially anger. Any impulse that involves a movement towards unrighteous anger is to be utterly rejected. This is really where the rubber meets the road. It is so easy to let anger rule the day. There is some sort of sick satisfaction we get by lashing out in anger. The reality is anger is the hallmark of an immature believer, a person Scripture calls foolish. We are called to be mature believers. This takes the constant feeding of God’s word into our hearts so that whatever proceeds from our mouths is not ungodly anger, but rather the Words of God that are a must for training up a child.

My challenge to all the parents who might read this, including myself who is writing it attempting by the grace of God at this very moment to be quick to hear, slow to speak and slow to anger, is to do what James tells us to do. This is difficult stuff, but necessary. We live in a society where anger rules and where misguided and hurtful words are par for the course. That must stop and it must stop now. In order to move to that place of maturity in the faith, we have to stop acting like children ourselves, throwing a fit when our actual children do the same. Such an approach in no way sets a godly example. We must continually wash ourselves in the Word of God so that when temptation to respond in anger comes, we are mindful of James 1:19-20. This is not something we can do by ourselves. It requires constant vigilance against this most often used of Satan’s tricks, that of anger which leads to destruction. Let us put aside such nonsense and be doers of the Word, building one another up, especially our children who so desperately need to see the example of adults who have grown to a place of maturity and leadership in our homes.