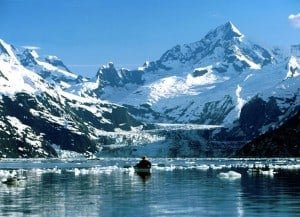 Why Pornography and Internet Shaming are Basically the Same Thing 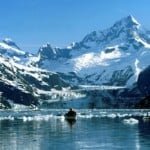 There are many forms of online shaming. There is passive-aggressive shaming via the non-responsive ignoring of personal emails, comments and tweets. A person gets singled out via an unflattering photo shared without permission and intended to mock. Another is left out of a group selfie that says, “You are not one of us.”

Active-aggressive shaming is more direct. The angry blog, the critical tweet, the vicious comment on Facebook, or whatever the method – people try to hurt people. Sometimes the shaming escalates into a mob, a faux-community that latches on to the negative verdict and piles on.  Under the pretense of righteous indignation, the mob licks its chops as it goes about demonizing, diminishing and destroying its target.

The Power of Shame 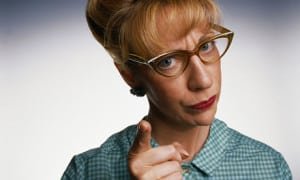 Andy Stanley once said in a sermon that it would take just five poorly chosen words, spoken in the wrong setting, to destroy him personally and professionally. This nightmare came true for Justine Sacco, a PR consultant who posted an offensive tweet – just twelve words to her 170 followers – while boarding a flight to South Africa. When her plane landed, she discovered that her tweet had gone viral. In a few short hours she had become the headline, the inhumane bigot and common enemy to tens of thousands of people. On the basis of those twelve words, she lost her career and the life she once knew. Anything good she had done prior to the infamous tweet became as a vapor. Looking back on the incident, Sacco reflected:

I had a great career, and I loved my job, and it was taken away from me, and there was a lot of glory in that. Everybody else was happy about that.

Imagine for a moment. Your entire life, all you had ever done or worked for, reduced to a single, ten-second lapse in character and judgment. And those who brought you down? They never met or heard of you before today, and will never again think of you after today. To those who brought you down, your name was never sacred. Rather, it was a pornographic product – Outrage Porn – to be consumed and evangelized as the latest cheap thrill. Your character assassins will never have to look you in the eye. Nor will they be held accountable for turning you into a nothing, or for their blatant disregard for your whole, image-bearing person.

Outrage Porn is not new. The holier-than-thou New Testament Pharisees “trusted in themselves that they were righteous, and looked down on others with contempt” (Luke 18:9). It’s there in Simon the Pharisee as he shames the woman anointing Jesus with perfume and washing his feet with her tears and hair. She is “a sinner.” Not a person, but a thing. Not a woman, but an animal. Not the image of God, but sub-human trash (Luke 7:36-50). It’s also there in those who brand the woman caught in adultery with a Scarlet Letter. The mob encircles her, ready to pile on and destroy. Had Jesus not intervened, they would have destroyed her just like the Internet mob destroyed Justine Sacco for her single act, the act that she apologized for through tears. But apologies don’t make good stories, do they? They aren’t as tweetable.

What Shame Tells Us About Ourselves 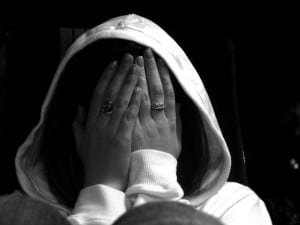 The pious Pharisee’s bravado and righteous indignation is just a mask for self-justification. Forming a mob around a common enemy – around “the sinners” – was the groupthink of deeply insecure, small men looking for a way to medicate their own small egos at the expense of a scapegoat – a scapegoat who was no more shame-worthy than they.

As a Christian who is active on social media, I often remind myself that each image-bearing name is sacred. The ninth commandment, which warns against bearing false testimony of any kind about one’s neighbor, must remain in the forefront. I must remove all negative caricature – the exaggeration of someone’s worst features and the censoring out of her or his best ones – from my words, both spoken and written. It is unChristian to bless God while cursing a person with a face and a soul.

Even When The Shameful Story Is True

And when the damning narrative is true? When the horrible account about a person is more reality than caricature? Even when this is the case, humble restraint and self-reflection should be the starting point. When Ham exposed Noah for his drunkenness and nakedness, Shem and Japheth did not join in the exposing. Instead, they reversed it. Looking away from the nakedness of their drunk Dad, they respectfully covered him. In covering his nakedness, the two brothers also covered and restored Noah’s good name. For this, the two received a blessing. Ham received a curse.

And we all tremble at the thought of receiving a curse for tearing down a name and doing violence to a soul.

This post first appeared at Scott’s blog and is posted here with permission. 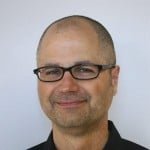 Scott Sauls is senior pastor of Christ Presbyterian Church in Nashville, Tennessee and the author of Jesus Outside the Lines: A Way Forward for Those Who Are Tired of Taking Sides.