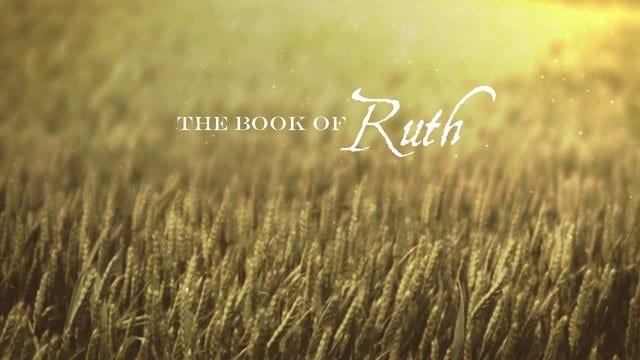 When Faith is Lost

Editor’s note: The purpose of this series is to walk our readers through the book of Ruth in order to help them understand what it teaches and how to apply it to our lives. This series is part of our larger commitment to help Christians learn to read, interpret, reflect, and apply the Bible to their own lives.


Ruth 1:1-5, “In the days when the judges ruled there was a famine in the land, and a man of Bethlehem in Judah went to sojourn in the country of Moab, he and his wife and his two sons. 2 The name of the man was Elimelech and the name of his wife Naomi, and the names of his two sons were Mahlon and Chilion. They were Ephrathites from Bethlehem in Judah. They went into the country of Moab and remained there. 3 But Elimelech, the husband of Naomi, died, and she was left with her two sons. 4 These took Moabite wives; the name of the one was Orpah and the name of the other Ruth. They lived there about ten years, 5 and both Mahlon and Chilion died, so that the woman was left without her two sons and her husband.”

The story of Ruth is a story of love, redemption, and God’s loving-kindness towards His people. Although Ruth isn’t preached or written on much, it is a story most Christians are familiar with, ever since their Sunday School days learning about the faith of Ruth, the kindness of Boaz, and the eventual birth of Obed. But despite what we will see and learn from how the story of Ruth ends, the beginning of the story has so much to teach us, and sadly, we often neglect these seemingly insignificant details. These first five verses outline arguably the most tragic opening to any story in all of Scripture, yet in the midst of so much darkness, God reveals important truths for us to glean.

“In the days when the judges ruled”

Many people are struck by Ruth’s placement in the canon, a winsome and sappy story blindsiding chronological readers who have just escaped the period of the judges. But as we see from the very beginning, the author reminds readers that we are in the middle of terrible times in Israel. The book of Judges, notably Judges 2, outlines what was going on during this time period. After Joshua led the Israelites faithfully into the Promised Land and lived according to the Lord’s statutes, he died and was buried (Judg. 2:7-9). A new generation of Israelites rose up after Joshua’s death, and unlike those in Joshua’s day, these people did not know the Lord (Judges 2:10), doing evil things and acting defiantly in the face of God in serving their idols (Judges 2:11-12). God responded with anger and gave these Israelites over to their captors to be plundered, suffering at their hands (Judges 2:13-15). But soon after, in God’s patience and mercy, the Father raised up judges, political figures who would help deliver the people out of their suffering (Judges 2:16-18). The Israelites, upon being delivered, wouldn’t turn to God in praise for His deliverance, but instead were quick to turn back to their gods in a hurry (Judges 2:19). This pattern continues throughout the book of Judges, illustrating a downward spiral of Israel’s willful, persistent rebellion. These are dark times; times of unrest politically, socially, and spiritually.

“there was a famine in the land”

Famines always carry two qualities throughout the Old Testament, two principles we should consider in examining this particular famine. The first is that God always sends a famine for a reason. Whether it’s for the good of His people, as we see in the lives of Abraham (Gen. 12:10), Isaac (Genesis 26:1), or Joseph (Genesis 43:1), or for the punishment of His people, as He explains that covenant breakers will be “wasted with hunger” (Deut. 32:24). Clearly, in light of the period of the Judges, we can see that God is using this famine as a means of punishment on the Israelites, but it must certainly also be for the good of His people, as we will see soon enough. Secondly, we must know that God’s primary motivation for sending a famine is that His people will return to Him. He never sends famine as a cruel monster or with indifference, but always is motivated by desiring His people return to trust in Him. This is something every Israelite should have known, but as we will see, Elimelech doesn’t see this opportunity to return, only focusing on the unmet needs of hunger in his life.

Elimelech decides to step into action and take his family from the “house of Bread” of Bethlehem, seeking his own solution instead of seeing God’s plea that he return to Him for provision. Elimelech’s action is one fueled by a desire for self-sovereignty, the very bedrock and root of sin we find in Genesis 3:5, where the serpent deceives Eve into believing she can be like God. Although Elimelech’s name in Hebrew means “my God is King,” Elimelech’s action communicate “Elimelech is King,” taking his family into extremely uncertain times and forsaking obedience. Moab was a traditional enemy of Israel, a place Israel sojourned through that did not provide for Israel in their time of need. Elimelech has brought his family into hostile territory, and his self-sovereignty has blinded him into making a poor decision.

The results of Elimelech’s behavior are devastating, and this is where the unexpected tragedies begin to set in. Elimelech passes away, leaving Naomi without a spouse. Her sons marry foreign Moabite women, certainly not something to be approved of by one from Bethlehem. Soon enough, her two sons die, leaving Naomi with two foreign daughters-in-law, with no family or inheritance to look forward to. She is totally and completely empty, to the point where the author calls her simply “the woman” in Ruth 1:5. She is emptied of her very name (“pleasant”), losing every pleasantry of life in spite of these circumstances.

Although the grim reality of Ruth 1:1-5 cannot be missed, it is important that we spend time analyzing where Naomi went wrong, and how God is redeeming even these terrible happenings. Naomi would go on in Ruth 1:6-13 to communicate a very different theology than Elimelech. Unlike her dead husband, she recognizes God’s sovereignty, God’s providence, and her own inability to change her circumstances. However, Naomi has forgotten one important thing: the end of the story. She has forgotten what the Father said in the Garden that day, after sin ravaged the world. God told the serpent that One would come from the deceived woman who would crush his head (Gen. 3:15). Since that moment, God has set into motion a plan for redemption, working in crescendo fashion throughout Israelite history and culminating in the person and work of Christ. Through Moses we see God’s deliverance. Through the periods of the Judges we see God’s deliverance. Naomi should have been rooted in the end of the story, that the Snake-Crusher was coming, that God was redeeming His people for the sake of His glory and their joy.

As we will soon see, God makes good on His promise in Naomi’s life, bringing her an unexpected inheritance and blessings beyond measure, restoring her life fully (Ruth 4:14-15). Often, we get so unraveled by our circumstances that we cannot see the “light at the end of the tunnel.” Yet God uses our emptiness to make His redemption crystal clear before us. Christ, as a great example of this, empties Himself by coming into the world, taking on our likeness, and loving us to the point of death on a cross (Phil. 2:6-8). We are seeing God’s plan for redemption unfold at every turn, and if we feel this emptiness with Naomi, it is likely that we should turn our eyes to God to see how He will be moving for His glory and our joy in the time to come.