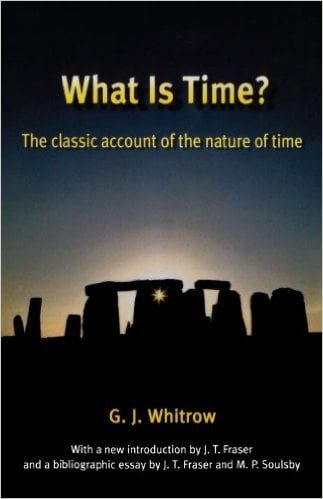 Time. We are constantly faced with the issue of time. “I don’t have enough time to accomplish that task.” “If I could go back in time, I’d make State.” (statement courtesy of Uncle Rico). What exactly is time? Have we ever taken the time to stop and think about time or is just something that seems to tick away for us from cradle to the grave?

Recently, I have been giving some thought as to the nature of time. In Scripture, the issue of time is everywhere. We are on a progressive movement on a timeline towards the end of days. One can argue that time became a construct for humanity at creation and before that point, there was no such thing as time in the manner we understand it to be today. This, of course, begs the question as to what eternity future will be like. The reality is the subject of time has been a focus of civilizations throughout history. Many of those civilizations approached time in various ways. In his helpful book aptly titled What is Time?: The Classic Account of the Nature of Time, Dr. G. J. Whitrow walks the reader through this important subject.

Whitrow begins by examining how the concept of time originated. We clearly organize our days by a calendar and the passage of time and the ancients did the same, albeit in a different manner. I was very much fascinated by the fact many ancient cultures believed in a cyclical view of time rather than the linear approach of more modern civilizations. While Whitrow does not delve much if at all into how time was viewed in a biblical sense, the view of the ancients helps us have a sense of how time is presented in Scripture. We see a number of processes and cycles throughout Scripture. In fact, the movement of “time” from the Garden of Eden to a place of future redemption is presented as a cycle, namely that of redemption. We also see the cycle found within agriculture, cycles of rebellion and repentance. While these cycles move in what seems as a linear progression, in fact, it can be asserted based on the concepts presented by Whitrow that any linear movement takes place within the overarching framework of process and cycles.

Another fascinating aspect of this book is Whitrow’s engagement of the biological clocks subsumed within creation, both man, and animal. In fact, we often speak of a woman’s biological clock. Additionally, we can observe cycles within nature that are repeated like clockwork such as the migration of animals to warmer climates at the onset of winter.

How we count time is also discussed by Whitrow. Throughout history, man has devised various ways to calculate the passage of time, not only within the framework of a day but also over longer periods of time. Some of the ancient calendars and methods of accounting for time were quite precise. While some of Whitrow’s discussion was a bit over my head as it engaged quite a number of scientific facts that are outside of my knowledge base, the information was nevertheless quite fascinating and further demonstrates the importance of all things time when it comes to our daily lives.

In the concluding chapter of this book, Whitrow makes what I believe to be an important observation regarding the reality of time-based on the studies of scientists. He notes, “Nowadays most of us tend to accept automatically the idea that time is continuous because we believe in the continuity of our existence. Until the present century it was also possible to believe in the continuity of matter and energy, but with the establishment of the atomic theory of matter and of the quantum theory we have been compelled to abandon those beliefs.” The fact of the matter is time is drawing to a close, namely to the end of days outlined in Scripture. Thus, a biblical view of time can be rooted in the grasp of time as a series of cycles within a larger cycle all moving towards a defined end point.

While Whitrow’s perspective is not totally rooted in Scripture, this is after all not a theological text. My biggest takeaway from this book is how the ancients perceived time. This lead them to understand time as a cyclical process towards a defined end determined by the Creator. What is time? If you have every pondered that question, take a look at this book, it just might help you appreciate the reality of time.

I received this book for free from Oxford University Press and the opinions I have expressed are my own. I am disclosing this in accordance with the Federal Trade Commission’s 16 CFR, Part 255 : “Guides Concerning the Use of Endorsements and Testimonials in Advertising.”