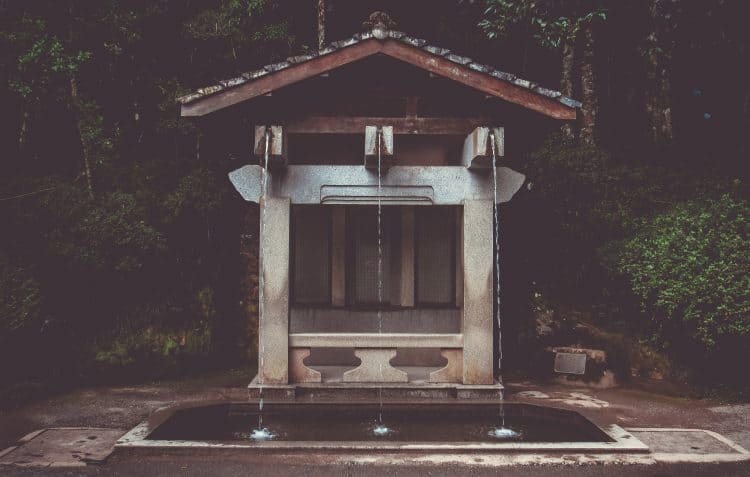 True Satisfaction Is in Jesus Alone

The book of Numbers is the sad account of God’s people and their 40 years of wandering in the desert…complaining, and moaning and rebelling periodically along the way.

Numbers takes its name from the two censuses, or numerical surveys, of the Israelites — the first at Mount Sinai and the second on the plains of Moab. God had delivered his people from slavery in Egypt and promised them the land of Canaan. When the Israelites arrived at Canaan’s border, however, they were afraid and refused to enter the land. They refused to trust God, so he made them wander in the desert for 40 years as punishment until every adult in that unfaithful generation died in the desert.

Throughout those 40 years, there was a continuous pattern of complaining, disobedience, and death. It was a time of waiting for the old generation to die off, and the new generation to grow up. When the Israelites arrived back at the border of Canaan, they were again counted in preparation to enter the land.

But even though God was chastening the people during those 40 years, he did not abandon them. He lovingly sustained them, guided them, and forgave them when they turned to him in repentance.

And so Numbers is really an Old Testament version of the New Testament gospel, the good news of Jesus Christ. It begins with the fair and right judgment of God upon a sinful people, but then shows the graciousness of God to provide abundant and joyful deliverance. This gospel-like deliverance is seen nowhere more plainly than in the manna that is described in Numbers 11.

One obvious logistical problem with leading roughly 2 million people around in a desert for 40 years are these questions, “What will they eat? How can they survive with so few natural resources, and especially since they not settling down but are constantly following the pillar of cloud or fire wherever it leads them?”

But God solved this difficulty in a startling fashion: he sent them miraculous food called manna, which came every night along with the dew and could be collected each morning after the dew lifted. Manna is described in Numbers 11:7-8:

Manna was like coriander seed [small], and its appearance like that of bdellium [a white precious stone]. The people went about and gathered it and ground it in handmills or beat it in mortars and boiled it in pots and made cakes of it. And the taste of it was like the taste of cakes baked with oil.

What was perhaps even more remarkable about this food than the way it appeared was what it could do. It, by itself, physically nourished the people for 40 years with all that their bodies needed in order to live active, healthy lives. Imagine that!

I have a friend who specializes in nutrition; she has traveled to India several times in order to help orphanages there in the difficult task of formulating an inexpensive, but well-balanced, diet for the many children they are regularly feeding. But the children of Israel had no such challenge; no “food pyramid” or nutritionist was needed because God provided the perfect food for them all to eat.

Psalm 105:40 sums up God’s provision during the wilderness wanderings: “They asked, and he …gave them bread from heaven in abundance.”

The Bread from Heaven

This sufficient, life-sustaining manna was a picture of Jesus. A picture, as every adopting parent or doting grandparent knows, is no substitute for the real thing. Jesus makes it clear that he is the real bread from heaven, the real satisfaction for his people, the real sustainer — not just of their bodies, but of their souls.

The sixth chapter of John contains Jesus’ “Bread of Life Discourse.” There is perhaps no clearer description of his divine, saving role anywhere in Scripture. Interestingly, it is his audience, not Jesus himself, who brings up the subject of manna. Referring back to Moses’ day and the bread from heaven that Israel ate in the desert, they ask Jesus what similarly spectacular sign he might produce in order that they might believe. Jesus replies:

This discourse is given on the morning after he walked on the Sea of Galilee, and the day after he had fed 5,000 with only a few loaves and fish. Most of his audience is the same crowd that he had fed the very day before, and Jesus is telling them: “Yes, I am able to give bread and satisfaction as was seen in Moses’ day, but I am pointing you to something even better — a bread that feeds and fills the soul, forever. And I do not just give this bread, I am this bread!”

Why would you keep looking at the picture, when the person himself is here?

The “Moreness” of Life

This vital reminder from Jesus—that we must lift our eyes above earth-food and earth-treasures to the Giver of all good things—parallels his words in Luke 12:23, that “Life is more.” Life is more than just the food that sustains the body, and the body has a greater purpose than just the clothes with which it is draped. Life does not consist of how much stuff we have (Luke 12:15). And it is for this reason that Jesus raises our eyes above earth-bound worries to heaven-sealed promises.

In uncertain economic and socially disintegrating times, it is wonderful to be reminded that life does not consist of the things we possess. In fact, in Luke 12:22-31 the “moreness” of the life we have in Christ is powerfully emphasized: God feeds the birds, who have no soul; of how much more value are we to him? God clothes the grass with better than kings’ raiment; how much more will he clothe us?

There is a better food, a better raiment that we are promised in Christ, so life is so much more than just what earthly provisions we can amass. We too often take comfort in the “these things” that will be added to us when we seek first the kingdom (Luke 12:31), but it is the kingdom of Christ that is the great prize — all the rest is just things.

The Answer to a Mystery

In his discourse on the true bread of life, Jesus exalts himself as the bread that not only sustains life but gives it and then suffices to take away all hunger, forever. Believe it or not, Jesus says, there is a more perfect food even than manna, and there is a longer-lasting fullness than manna could ever provide. Life is more than just food or raiment, and the “moreness” of life is me.

It is interesting that, although the word manna is now culturally used to refer to any divine or spiritual nourishment, the word actually means “What is it?” Exodus 16:15 relates the story of its etymology: “When the people of Israel saw it, they said to one another, ‘What is it?’ For they did not know what it was.” This food was so unusual, so beyond anything they had ever experienced before, that they did not know what to call it and so they called it a What is it? — or, as we might say today, a whatchamacallit.

It was not until Moses explained to them, “It is the bread that the Lord has given you to eat” that they began to gather it up and consume it in their homes.

Similarly, the people in Jesus’ day didn’t know quite what to make of him. They pressed him with questions, examined him with tests, and judged him according to their experience. Perhaps you are handling Jesus in the same way today. You don’t know exactly what to do with him, or what to make of him, so you mentally throw him in the box with other mysteries labeled What is it? and leave him there.

But, like Moses, Jesus gives us an explanation: “I am the bread of life; whoever comes to me shall not hunger.” Have you feasted on the satisfaction that is only found in Christ? Have you tasted the Bread of Life and experienced his sustaining power? If so, then gather as much of him as you can, consume him in your home, and never go hungry again.