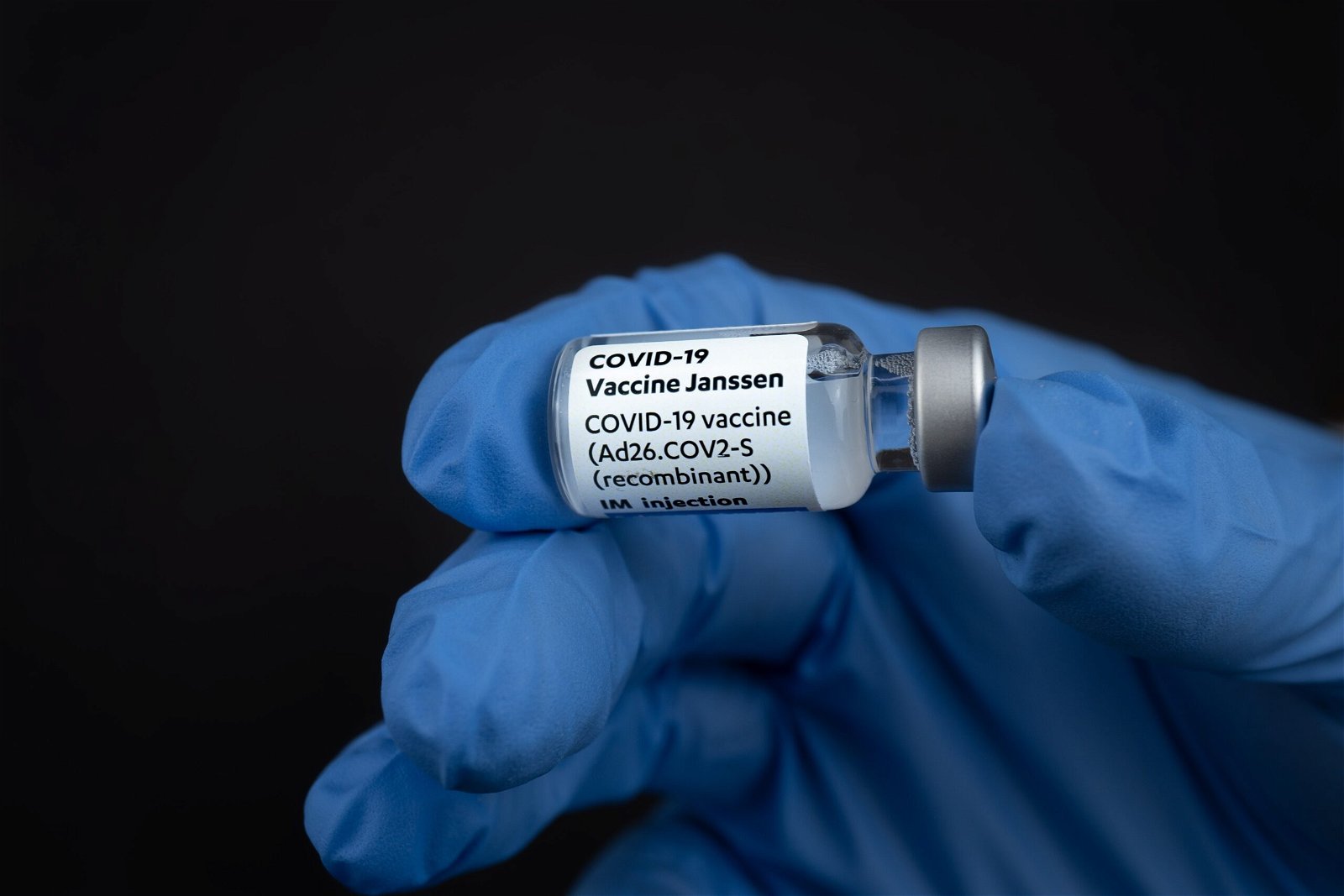 To Vax or Not to Vax? The Place of Conscience in the Christian Life

​The Apostle Paul reminds the saints at Ephesus that they are at war. And not only at war, but a spiritual one; such that even as we conduct life physically in this body, we engage in this battle which is spiritual. And not only are we in a spiritual battle, we’re expected to stand firm, no matter how evil the day and no matter how complicated the issue of life are. We stand by clothing ourselves for spiritual battle in the armor of God, armed with the Spirit of God and the Word of God (Ephesians 6:10-17).

There is really no question that we are at war. All you have to do is listen to the interaction between two parties that are on opposite sides of whether to vaccinate or not. Often there is no irenic tone and the conversations are often seriously lacking in charity. Not to mention that there appears to be more emphasis on fear rather than faith. Brethren, these things ought not to be so!

In this battle of beliefs, we must remember the issue of conscience and Christian liberty. When we at Grace Bible Church (where I pastor) opened up our church building last summer, after the COVID-crackdown, having been told we were on the cusp of a pandemic (in which millions were supposedly going to die), we engaged in a brief study on conscience and Christian Liberty.

We look to the Bible, which clarifies and simplifies issues of life by dividing many actions into clear moral categories of either sin or righteousness. The Bible is the standard for establishing what, according to God, transgresses His Law. But what about issues that are neither sin nor righteousness; actions that true believers can engage or not engage in and still be right with God? For example, one family might engage in homeschooling with conviction, while another may choose to utilize public school or a private Christian school. If the Bible does not give examples or clear commands of prohibition that something is sin, believers can proceed in faith and obedience, to the glory of God. So, all of the families in the previous examples, are able to maintain fellowship with the Lord, while not castigating the others if they do not violate their conscience and proceed in faith, as they seek to honor and glorify God.

“So, if he is going to engage in something, he’d better be able to give the Lord thanks for it, ‘eating or drinking’ in faith, and engaging in such for the glory of God” (1st Timothy 4:4). Recall Paul’s instructions on clean and unclean food, that what is right for one person may not be right for another, as they have developed biblical convictions, yet landed on the other side of the fence, so to speak (c.f. Romans 14).

However, we not only have a clash of differing convictions in the Body of Christ, with the ongoing forced masking and vaccinating, we also have a clash of worldviews. How so, you might ask? Christians are part of a faith community that recognizes God as our Savior, Lord, and King. God has made man is His image. He’s a rational creature that is held responsible to exercise repentant faith in Christ, as revealed in Scripture, and then live all of life under His Lordship, obeying the Holy Scriptures which reveal who He is and what He expects of us.

There are clear apostolic commands and examples that every Christian is to abide by. Yet, on issues that the Scriptures do not make a matter of sin and righteousness, we are to inform our conscience with biblical principles, research, seeking godly counsel, pray for the Holy Spirit’s guidance, and make decisions of action that we believe glorify the Lord. It is at this point that believers could vary a bit from each other, as to whether they should or should not engage. Founders Ministries posted a very helpful and encouraging article that shows how Christians have, at times, differed from each other on vaccines and they use a historical case in point from three hundred years ago with the Smallpox inoculation.

Even though some believers thought that receiving the inoculation was a way to obey the 6th commandment, others were not persuaded and built their case based upon the doctrine of the liberty of conscience.

John Newton was a stellar example, who did not advocate for or against the inoculation, but warned both sides to be thoroughly convinced, receiving or not receiving it based on faith. Because, in the words of the Protestant Reformer Martin Luther, to go against conscience is neither right nor safe! Trust the Lord with whatever action you choose to take.

As Christians, we are bound to Scripture. We’re responsible to study it and develop convictions that become safety rails in life to gauge what we do. While the Bible does not instruct whether one should receive the vaccine or not, it is perfectly clear in its teaching on the liberty of conscience.

This doctrine comes from God, not from man. In recent months we have ‘Caesar’ not staying in his own lane, and essentially requesting believers to violate their convictions and conscience, if they stand against violating their bodies with a foreign matter. Such practice is far different from the religious liberty with which our country was founded. Further, our country used to recognize that this liberty of conscience was granted by God, not the State! Choice rests on the individual, not the government. We are bound to follow our conscience, even if it goes against government mandates.

Some are seeking exemption from mandated vaccinations based on the 1st amendment, requesting religious exemption. While others have been equally appealing to the 5th amendment, seeking due process, or the 14th amendment requesting the right to equal protection.

But since these are ‘pastoral reflections’, where my only authority is Scripture, I return there, as I’ve already stated in regards to the doctrine of the liberty of conscience and the component of proceeding based on faith that this is what God would have me to do.

Further, a biblical anthropology informs us that the human body is created by God (Genesis 1:26-27; 2:7). We are stewards of our bodies, which are a temple of the Holy Spirit (1st Corinthians 6:19-20). So, God bought believers and they are to gratefully use their body for His glory, tending and caring for it. This body, which is fearfully and wonderfully made, was created with a natural immune system and an innate ability to heal itself when given what it needs. And even though experience does not trump the objective truth of the Bible, it was my experience several years ago when I almost died, but overhauled my eating protocol and ate my way out of pain and the systemic issues dissipated.

If, after studying and listening to the many virologists and immunologists who attests to the dangers of the vaccines, you determine that injecting such a substance would cause damage to your body that God has made you a steward of, then you are conscience-bound to obey God over man.

A biblical anthropology also affirms the sanctity of human life (c.f. Psalm 139, etc.) that begins at the moment of conception. Since fetal tissue has been used, that ought to activate the conscience of believers who affirm man’s dignity. Even though the state has cheapened human life by legalizing murder in the womb, believers treasure life as a gift from God.

Have you counted the cost, that you are willing to walk off the job if it requires you to violate your conscience? Whether you choose to receive the vaccine or reject it, are you compelled by your faith to do so? As you make an informed decision, have you followed the available science? Even in the presidential press conference (September 9, 2021) Biden repeated again (as he sought to shame those of us who are not imbibing the current narrative of the global pandemic in which “millions are going to die”) that we need to just ‘follow the science.’

You are responsible before God to determine which science you listen to, as the evidence is all over the map. Perhaps you would be willing to carve out just one hour to watch this video presentation: https://rumble.com/vitcgn-following-the-science.html on the so-called ‘science.’ This includes some deceptive reporting that many of us have become privy to. There are reports that the vaccine is only, at best, 39% effective. Those results have even been reported in Forbes Magazine, which is no bastion of conservatism (July 23, 2021 edition). Further, with a survivability rate of over 99%, is the vaccine worth the risk, of the untold side-effects that even includes death for some?

I’m grateful for my fellow biblical counselor, Rick Thomas, who recently called us to consider the science, count the cost, and calls us to action (https://www.biblicalexpositor.org/edit#/file/91bc0a10-0dc9-11ec-9ec2-1b04bfa72be0).

You can probably tell I am a bit biased personally. I’ll admit that. Personally, I am against being bullied into receiving a vaccine that I am convinced will do damage to my body, even though our president stated how “frustrated” he is with the 80 million Americans who still have not complied. Far greater than my opinion, is the desire for Christians to recognize their responsibility to pray, study, and seek the Lord’s guidance for themselves. And after making your convictional choice, please don’t force others to comply with your view.

Are you receiving your information through a Christian and biblical worldview? Because there’s a spiritual component to our healthcare decision. Remember, Paul warned us of the spiritual component to this war (Ephesians 6). All that we engage in, within the Church’s Kingdom agenda, must be for the glory of God (1st Corinthians 10:31). It must proceed from faith (Romans 14:23).

There’s a clear divide between the kingdom of the Gentiles (that mandates and bullies people into compliance as they lord their authority over others) and the Kingdom of God, that is populated by Christ-centered servants, who make it their aim to serve Christ and His people (Mark 10:35-45). Let’s not allow issues of conscience (vaccines or otherwise) to be so polarizing, so that we might be winsome ministers of the Gospel of Jesus Christ. Soli Deo Gloria!