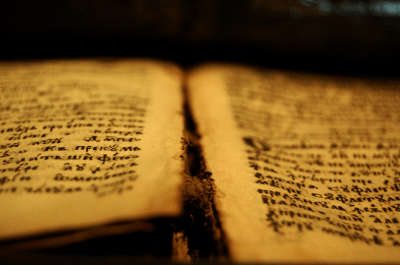 Three Reasons We Miss the Message of the Bible 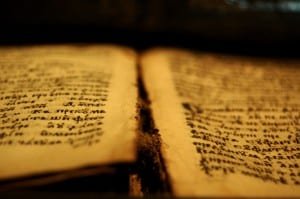 Today marks the start of a three-part series looking at John 5:39. In this series, we begin with looking at three reasons we miss the message of the Bible, then at three ways to find Christ in the Old Testament, and finally, five principles to search the Scriptures profitably.

Three Reasons We Miss the Message of the Bible

The testimony of Scripture provides Jesus’ most powerful evidence, in part because the religious leaders themselves acknowledged it as the highest authority. That they “search the Scriptures” (John 5:39) was their noblest claims, so by appealing to this witness, Jesus exerted great leverage in their courtroom.

Likewise, an appeal to Scripture should be our main approach in persuading people to believe in Jesus, because it is through His Word that God exerts His saving power. Time and again, the most devoted unbelievers have been brought to faith by searching the Scriptures. An example is D.E.V. Rieu, one of the world’s great classical scholars, whose English translation of Homer is published in the Penguin Classic Series. A lifelong agnostic, he was asked to provide a translation of the Gospels. When his son heard this, he commented, “It is going to be interesting to see what Father will make of the four Gospels. It will be even more interesting to see what the four Gospels make of Father.” He was on to something, because while translating the Gospels, Rieu came to faith and became a committed Christian.”[i]

This raises the question, “Why doesn’t this happen to everyone who reads the Bible?” Since the scribes and Pharisees searched the Scriptures, why did they not accept Jesus in faith? This is an important question for us because it shows that studying the Bible does not necessarily profit us for salvation. It matters how and why we approach the Scriptures. Having brought forth God’s Word as His star witness, Jesus explains why these Bible scholars missed its message.

Jesus gave three reasons, starting with the attitude of the scribes and the Pharisees toward the Scriptures: they exalted Bible knowledge as an end in itself. This was Jesus’ point in saying in John 5:39, “You search the Scriptures because you think that in them you have eternal life.” It was not the message of the Scriptures that they sought, but the mere possession and study of the Scriptures. This comes through in numerous ancient Jewish writings. One of the most famed rabbis, Rabbi Hillel, put it this way, “More Torah, more life.. Whoso hath gained the word of the Torah, hath gained for himself life in the world to come.” The Jews were practically obsessed with the Scriptures—that is, with the number of verses and words in each chapter, what was the middle verse of a book, and so on, but they failed to attend to the message it contained.

This is the attitude today of many Christians who make a big show of their Bibles and even among some who study God’s Word daily. For them, the power of the Bible is in its mere possession or display, or in the mere exercise of reading it, as if it were a magic talisman. Any of us can fall prey to this attitude. We set aside time to study God’s Word and race through it. But if someone asked what the message and meaning of the passage under consideration is we cannot answer.

Donald Grey Barnhouse provides a helpful illustration about the right attitude toward the Bible. He imagines a person standing before a window high in a skyscraper overlooking the ocean. What would we say if the person talked only about the window itself—its dimensions, the kind of material in it, and its construction? We would marvel that he made no mention of the ocean view! Likewise, we must not study the Scriptures as if the Bible itself were our focus.[ii] This is the mistake of those who approach God’s Word only to examine, analyze, or criticize its teaching. Just as the purpose of a window is to see what is outside, the purpose of the Bible is to see the person and work of Jesus, as He is revealed in Scripture, so that we might believe, and be saved.

The second reason that the Jews missed the message of Scripture deals with their interests. John 5:43, “I have come in my Father’s name, and you do not receive me. If another comes in his own name, you will receive him.” Had Jesus announced the kind of earthly agenda the religious leaders were interested in- mainly, national pride and victory over the Romans, they would have appreciated him. Especially had he come in his own name—that is, on the basis of worldly credentials such as a degree from the school of the scribes or the recommendation of some Pharisaical power broker—then Jesus would have been the kind of leader that they could do business with. The record of history proves Jesus’ words: during the 1st and 2nd-century centuries A.D., numerous false messiahs appeared in their own name. A famous example is Simon bar Kochba, who in 132 AD claimed to be the Messiah and led a revolt against Roman power, with the full support of the Pharisees. The most prominent rabbi of the time Akiba hailed him as the star of Jacob foretold by Balaam in Numbers 24:17 until Bar Kochba’s revolt led to his death and his followers’ ruin.

Most telling is Jesus statement in John 5:42, “I know that you do not have the love of God within you.” What the Holy Spirit wants us to be interested in is God’s love for us and our love for God and for others. A Scriptural test of any religious leader is whether or not he reveals and shows God’s love to others. 1 Timothy 1:5, “The aim of our charge is love that issues from a pure heart and a good conscience and a sincere faith.” Not only was the Pharisees’ message devoid of God’s love for man, but their worldly agenda ministered no love to others, as their reaction to the healing of the man by the pool in John 5:1-16 clearly reveals.

The Jewish elders’ study of the Bible failed to produce faith, first because of their mechanical attitude, second because of their worldly interests, and third because of their motive. They searched the Scriptures to be exalted by other men. John 5:44, “How can you believe, when you receive glory from one another and do not seek the glory that comes from the only God?” Here is the ultimate reason for their wrong attitude to Scripture, and ultimately for their refusal to receive Jesus: they cherished glory from men, not from God. Here is a warning that all of us need, and all the more as our knowledge of Scripture increases. In the rabbinical schools, the study of Scripture was a means to gain fame, to show off one’s intellectual prowess. Biblical scholars dressed in such a way that everyone would recognize them. They were given prominence and position. But for it all, they were lost because their prideful motives kept them from Christ.

Jesus’ ministry was not like the Pharisees’. He said, “I do not receive glory from people” (John 5:41). Here is another test for every serious student of the Scriptures: Are we willing to be scorned by men in order to be praised by God? It is normally the case—and it is certainly the case today—that any Christian that does God’s work in God’s way for God’s glory is certain to lose out on the praise of men and will likely be scorned. But Christians, by faith, achieve a higher praise—the praise of God—and the greatest reward, the salvation of their souls through faith in Christ.

Jesus pointed out the result of missing the Bible’s message because of a wrong attitude, worldly interests, and a motive that craves man’s praise. Such an approach to Scripture will have this dreadful effect, John 5:40, “You refuse to come to me that you may have life.”

Next Post: Three Ways We Find Christ In the Old Testament

[i] This account is found in greater detail in J.B.Philips, The Ring of Truth (Wheaton, IL: Harold Shaw, 1977).