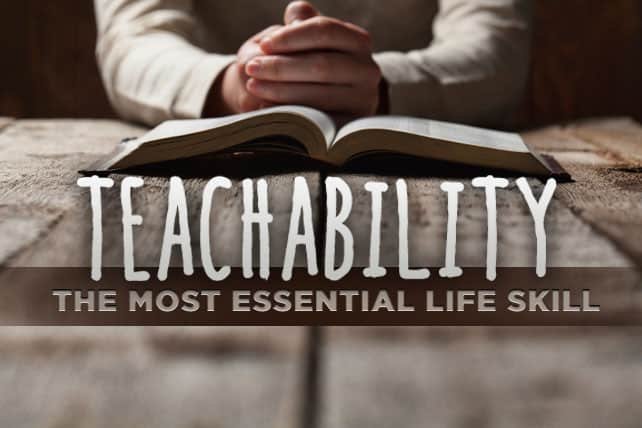 One of the great goals, to which each of us should aspire in our short lives, is that of becoming a teachable person. That statement sounds, at one and the same time, both noble and straightforward. However, a careful consideration of this subject leads us to conclude that it is commonly mischaracterized and misunderstood. Many have wrongly implied that teachability is antithetical to voicing convictions or formed opinions. Nothing could be further from the truth. Teachability sweetly complies with thoughtful convictions and opinions. True teachability is actually one of the rarest of qualities in the hearts and lives of people. So, what is required in order for us to become teachable?

Many, many years ago, I was taking a train from Philadelphia to New York City. As I waited for the train on the platform, an older man–who happened to be an elder at the church I attended–sat down by me. This man was an exceedingly gifted concert pianist. I asked him where he was heading. He told me that he was going to NCY for a piano lesson. When I expressed my surprise over the idea that he taught students so far from where he lived, he said, “No, no. I’m going to take a piano lesson.” Here was one of the finest concert pianists I knew, and he was continuing to take lessons from someone more gifted than himself. Teachability involves admitting that there is so very much that we can learn from others. That is a mark of the sort of humility that teachability demands.