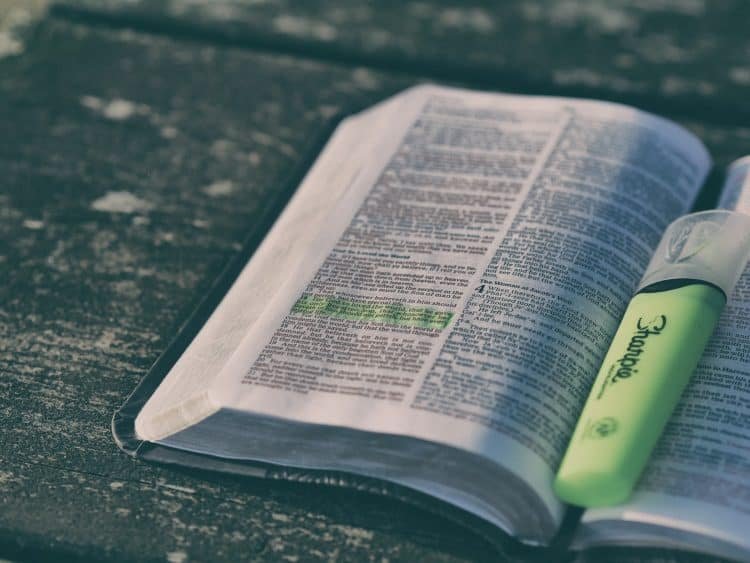 Sola Scriptura: Returning to the Fount of the Word

by Dave Jenkins | Oct 31, 2017 | 500 Years of the Reformation: Why We Need Revival and Reformation Today, Featured, Theology For Life

One of the greatest truths rediscovered during the Reformation was Sola Scriptura. Men such as John Wycliffe and John Huss affirmed this doctrine and called people to return to the Bible. When challenged by hostile church officials, Huss repeatedly answered his opponents by declaring, “Show me from Scripture and I will repent and recant!” Huss’s devotion to Scripture alone ultimately cost him his life, for this principle compelled him to attack both curialism (the principle on which papal authority stands) and conciliarism (the principle on which supreme authority rests in church tradition and in gathering of prelates).[i]

When the Reformers spoke of Sola Scriptura, what they had in mind was the authority of the Word, to include the infallibility, inerrancy, self-interpretation, and self-authentication of the Bible. First, the Reformers believed everything must be tested by Scripture. They believed that Scripture, not papal councils, were to rule the Church, for the Bible is the Word of God and the voice of God. Therefore, the authority of Scripture is absolute. John Calvin said that Scripture is as authoritative as if God Himself had “been giving utterance”.[ii] The Christian submits to Scripture because it contains the truth about God and is therefore binding on their lives. Those who adhere to orthodox views on the Bible believe that all Scripture is the Word of God, and therefore, they must strive to submit to it. Such Christians understand that we cannot pass judgment on Scripture; rather, Scripture passes judgment on us.

The Reformers taught that the Bible’s infallibility is exhaustive, for every word of every sentence is the breath of the living God. To this end they honored and obeyed Paul’s teaching in 2Timothy 3:16-17, “All Scripture is breathed out by God and profitable for teaching, for reproof, for correction, and for training in righteousness, that the man of God may be complete, equipped for every good work.” Scripture alone is without error (inerrant). According to Fred Klooster, this view that Scripture is “alone and entire” (Sola and Tota Scriptura) is uniquely Reformed.[iii] That led those who hold to Reformed theology to stress that Scripture alone can bind the consciences of believers (Westminster Confession 1.10, 20.2, 31:4).

Reformed theologians rightly stressed the harmony between Scripture and the Holy Spirit (Spiritus cum verbo). The Holy Spirit is the true expositor of the Bible, Ulrich Zwingli said, which enables the Church to recognize that Scripture interprets Scripture (Westminster Confession 1.6). The key to interpretation, therefore, belongs to the entire community of Christians. While tradition may aid interpretation, the true spiritual meaning of Scripture is its natural literal sense, not an allegorical one, unless the particular Scripture passage being studied is clearly allegorical. Calvin emphasized the self-authenticating character of the Bible. This teaching holds that the Bible’s witness is confirmed by the internal testimony of the Spirit in the believer’s heart (Institutes, 1.7.2-4; Westminster Confession 1:5). Calvin notes, “Let this stand as a fixed point, that those whom the Spirit has inwardly taught rest firmly upon Scripture, and that Scripture is self-authenticated, and that it is not right for it to be made to depend upon demonstration of reasoning, for it by the Spirit’s witness that it gains in our minds the certainty that it merits.”[iv]

Why We Are, Where We Are, and Where We Go from Here

Christians must return to the Bible. After all, we are to be a people of the Book—God’s Word. To do this, we need to understand that the Bible is not to be treated as if it is a self-help book. We also need to understand the Bible is not a genie in a bottle, whereby if we open it, we will “magically” have an answer. This Russian roulette approach will never work, and yet, many Christians treat the Bible in this way. In contrast to all of these incorrect views is the correct view the Church has espoused for millennia—Sola Scriptura.

What is needed today is a return to the Bible that men like Augustine, John Calvin, Martin Luther, Charles Spurgeon, John Owen, John Knox, Jonathan Edwards, as well as what modern preachers like Kevin DeYoung, John Piper, and Matt Chandler preach. The Bible contains one unified message that Jesus has come to seek and save the lost (Luke 19:10) through His Son who bled, died, rose and ascended. Jesus is now our victorious, triumphant, and exalted High Priest, Intercessor, Mediator, and Advocate before the Father.

Men like Owen, Spurgeon, Calvin, and many others not only taught the Word, but proclaimed it as the authority that is binding on the consciences and lives of those who hear it. By having a right (biblical) view of Scripture, God’s people will be fed from the streams of living water. The promise of Jesus is still the same as it always was—that living water would stream out of His people and into the lives of others (John 4:14, 7:38). The only reason God’s people can store up God’s Word in one’s heart (Psalm 119:11) is that God’s Word is true and authoritative.

The Bible is the only Book that is binding because it is the only Book that is inspired, inerrant, sufficient, and authoritative for faith, practice, and all of life. We need a return to the Bible, which accompanies a return to biblical preaching that honors God, who has come to save, is sanctifying, and will one day glorify His beloved, the Church.

This is why a return to Sola Scriptura will not only mean health to individual Christian lives, but also a return to biblical orthodoxy for those local churches who have lifted high the banner of theological liberalism for decades. Such a return is costly, but nevertheless important since the Bible is God’s love-letter to man. May the Church preach Sola Scriptura so that the fame of God may be spread among the nations, for His glory.