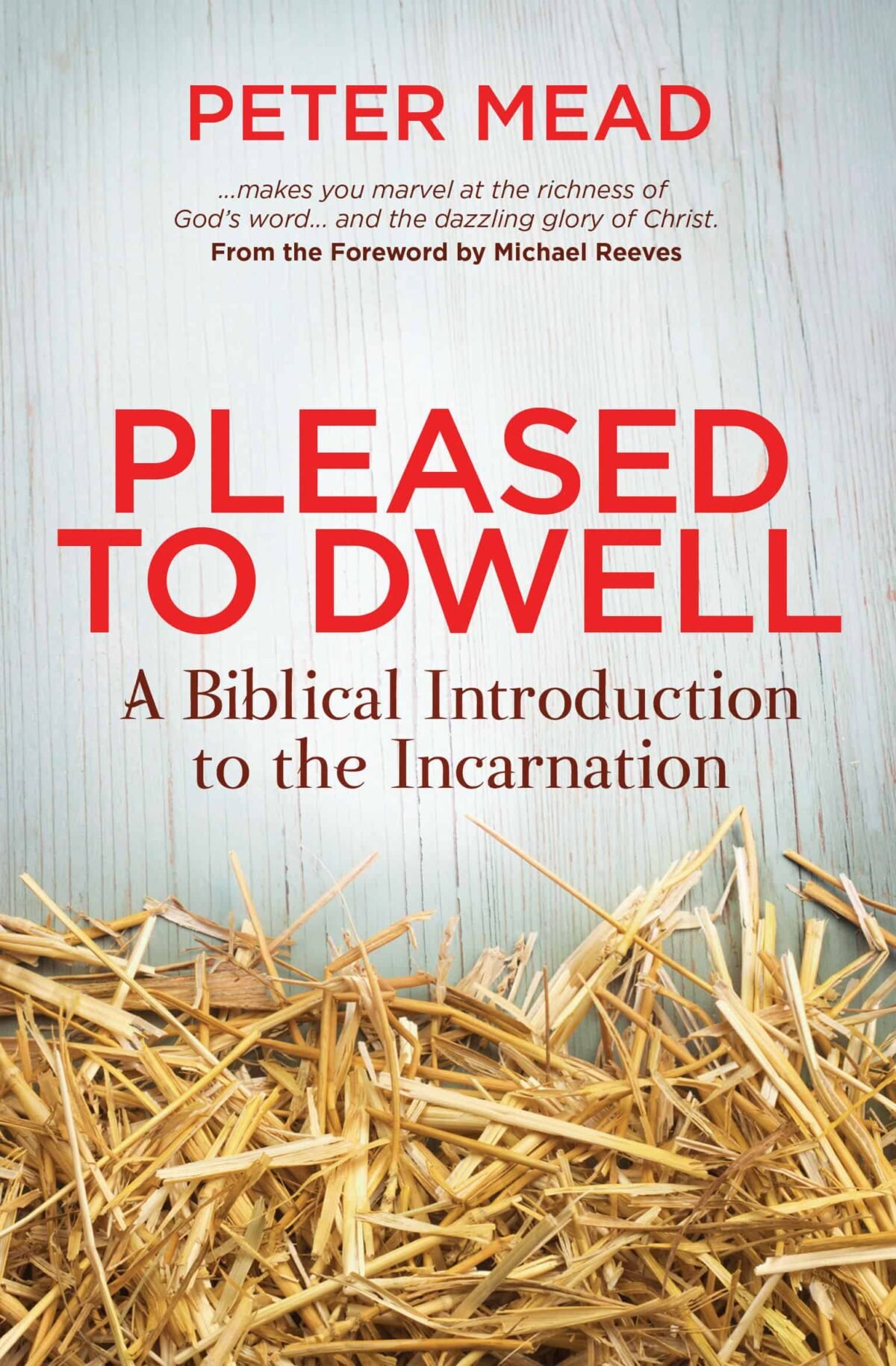 Pleased to Dwell: A Biblical Introduction to the Incarnation 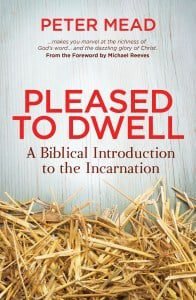 All believers are familiar with the fact that Jesus was born of a virgin and came into this earth as a baby boy, lived a sinless life, died for our sins on the cross, and then rose from the grave to conquer death and the grave. With that said, the purpose and importance of the incarnation in all its mystery and glory is a topic many believers have not drilled down enough into. Peter Mead in his book Pleased to Dwell: A Biblical Introduction to the Incarnation strives to walk the reader through how Scripture points to this important event and what it means for God to dwell with us.

Mead aptly notes the language of Genesis 1 “nudges us towards a relational understanding of the image of God. Humanity was not made in the image of a power-hungry dictator. The dominion described is not one of conquering and crushing, but of multiplying and caring.” Furthermore, Mead comments “The climax of the creation account is the ecstatic delight of Adam as he meets his bride…God wants the Bible reader to see, more than anything else, the great picture of marriage.” This is a hugely important point to make when discussing the subject of the incarnation. In the original creation Adam and Eve enjoyed perfect spiritual and physical relationship between themselves and more importantly, with their Creator. Sin marred both relationships, again most important the Creator/creation relationship. The promise of the coming Messiah outlined in Genesis 3 reveals the solution to that broken relationship, namely the incarnation of the Son of God, the Bridegroom for the bride. Miss that setup in Genesis 3 and the rest of the story frankly becomes a bit opaque.

This promised Messiah and God’s relationship with His people is continually noted throughout the Old Testament. Mead does an excellent job of tracing this promise in the life of Abraham, Moses, Samuel, David, and the Prophets. It becomes quite clear there was great anticipation for the coming of the Messiah. I appreciated how Mead noted how this promise is revealed through the often neglected genealogical accounts found in the Gospels. In these lists of names, we find God being faithful to His promise of sending a deliverer thus fulfilling the promise made in Genesis 3 and to Abraham. Mead also saliently notes the inclusion of Gentile women in the genealogical accounts, namely Rahab and Ruth, thus revealing God’s promise to Abraham that all the families of the earth would be blessed by the coming of the Messiah. Mead aptly reminds the reader God “even brought together a Moabite widow with good guy Boaz to prepare for the coming king.”

The most enjoyable portion of Mead’s book for me was his discussion of the reason God became man. Far too many continue to treat Jesus as that little baby boy in the manger, somewhat forgetting that he grew up to become a man who died on the cross to pay the penalty for our sin and then three days later rose again. Mead examines several New Testament passages to outline why the incarnation was needed. He notes Jesus came to do that which we could not do, namely obeying God’s law. Additionally, Mead outlines how the incarnation displays God’s grace toward us thus focusing our eyes on the second coming of the Messiah and the full renewal and redemption of our physical and spiritual relationship with our Creator. Also, Mead reminds the reader of the humility of the incarnation, the stepping down if you will from glory to this earth which of course resulted in death on a cross on our behalf. All this so that sin and darkness would be defeated as promised long ago.

Mead concludes this helpful book with an excellent point that truly strikes to the heart of the purpose of the incarnation and why we should be forever thankful. He notes “The need on our side was deathly desperate, and the love on God’s side was abundantly overflowing. So He was manifest in the flesh. The forever focus of the Father’s delight was sent to earth for us. He became flesh and dwelt among us. He revealed God the Father to us. He came to rescue and woo us.” I hope the reader will note the lengths God went to restore relationship with us.

If I had any issue with this book it is that I somewhat disagree the incarnation or Pleased to Dwell is an introduction to Christmas. I firmly believe and Mead clearly outlines that the incarnation is of yearlong importance for all believers. This biblical issue should not be something we visit once a year as we unwrap gifts or attend church services where holiday songs are sung. The incarnation is truly God dwelling with us and that is a reality that must be grasped each and every single day of the year. So perhaps this book should be presented as a Biblical introduction to God’s love for us that never fails and that is present all year long.

I highly recommend this book for all believers. It’s devotional style and pastoral tone makes for an easy read. Furthermore, Mead examines some very important theological truths in a way that drives home how much God loves His creation to include the beauty of Jesus coming to this earth to deal with the sin and death problem.

This book is available for purchase from Christian Focus Publications by clicking here. You can also get it on amazon here.

I received this book for free from Christian Focus Publications for this review. I was not required to write a positive review. The opinions I have expressed are my own. I am disclosing this in accordance with the Federal Trade Commission’s 16 CFR, Part 255 : “Guides Concerning the Use of Endorsements and Testimonials in Advertising.”