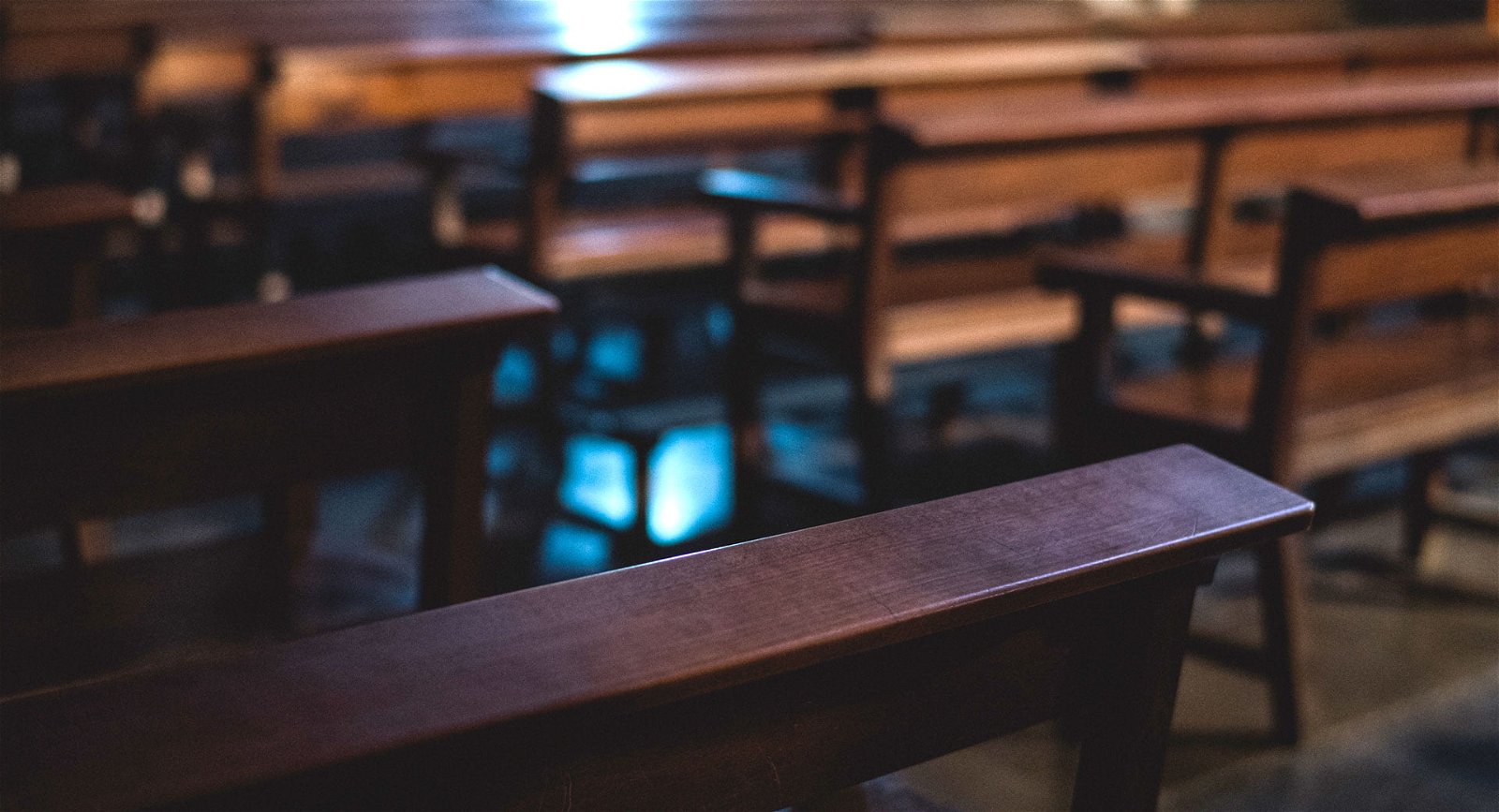 Erwin Lutzer, pastor of the historic Moody Church in Chicago, recounts a story in his book “Pastor to Pastor” that could be multiplied several times over of the kinds of disparaging experiences that regularly happen to faithful pastors.

A friend of mine, fresh out of Bible college, became the pastor of a small country church. One day, the elders asked him to visit a wealthy member who hadn’t been attending regularly but continued contributing to the church coffers. “We don’t think he’s even a Christian,” they said. So at their insistence, he visited the old gentleman and asked him point-blank if he was saved. The man became incensed at the pastor’s audacity to suggest that he, a self-made man, was not a Christian.

Several weeks later, the church building burned. The congregation met in a schoolroom to decide what to do. After they decided to rebuild, the man whose salvation had been questioned stood up.

“This young man had the nerve to question whether I was a Christian,” he stated. “What do you suggest we do about it?” He sat down with an air of importance, waiting for a response. Silence. “I move we terminate him as pastor,” the man said.

There was some discussion, but not one of the elders rose to defend their pastor and explain that he had been acting on their request. Later, a vote was taken, and the young man was given two weeks to resign.

After the meeting, no one came to speak to him except a school janitor who overheard what had happened over the public address system. The pastor left the building and began walking in blinding rain mile after mile, scarcely aware where he was going.

That was thirty-five years ago. He has never pastored another church. He has served the Lord as a layperson, but that one devastating experience could never be erased from his memory.[1]

Is there any kind of stop-gap measure for elders who have been falsely accused? Is there a protective device to keep a faithful elder from being attacked for personality traits or ministry practices that do not accord with peoples’ preferences? The answer is a resounding, yes! The Scriptures establish parameters of sin and righteousness, which our verse addresses.

This passage of Holy Scripture is in one of 3 Pastoral Epistles, written by Paul to his young protégé in ministry to teach him what the church is and how it is to operate.  Having just taught that the elders who have devoted themselves entirely to Gospel-work are worthy of honor in financial support, he proceeds to teach on another way in which this honor shall be expressed: “never entertain an accusation against an elder unless supported by two or three witnesses.”

In Jewish history, any Israelite was protected from public indictments until two or three reliable witnesses testified against him (see Num 35:30 and Deut 17:6). The principle here in 1Timothy is that elders (presbyters) are protected against even having to answer such a charge unless supported by two or three witnesses. Notice how that the very next verse states that it’s not a matter of preference but clear-cut sin issues that are being heard.

It is imperative that credible witnesses be chosen because, in the ministry, there often are unjust allegations thrown at these leaders with false witnesses (see Ex 23:1). You can recall that it was religiously hypocritical false witnesses that had a hand in stoning Stephen (Act 7:58). They were sincere but sincerely wrong. A credible witness cannot be one who harbors any malicious intent (Deut 5:20; Ex 23:1; Ps 27:12; 35:11; Prov 6:19) but one who faithfully represents God’s truth (Prov 14:5, 25). One contemporary Christian leader states:

“There are always people eager to falsely accuse a man of God. They may do so because they resent his calling, reject his teaching, resist biblical authority, resent virtue, or are jealous of the Lord’s blessing on his life. Ultimately, however, they demonstrate by making such accusations that they have become messengers of Satan.”[2]

Throughout his career, Satan has used false accusations, whether they were thrust against Joseph, Moses, David, Jeremiah, Nehemiah, or our Savior, the Lord Jesus Christ. No matter what kind of care the elder exercises to live absolutely above reproach, misunderstandings, and dreadful situations will come. Says R. A. Torrey:

“Words and actions are consistently misread, and wrong motives assigned, which in the imagination of the accuser run wild and rampant with no foundation in reality. And it takes but little effort to find two ‘witnesses’ to agree in a false accusation.”[3]

There must be sufficient proof, rather than allowing the elder(s) to be assailed by slander. Therefore, when the charges lack support, the accusations must not even be taken up or entertained. Paul says the accusation cannot be received. Receive is from the Greek verb (paradechomai), meaning “to entertain” or “to consider in your mind.” Therefore, when an accusation comes to you against an elder without witnesses, you should immediately dismiss it as spurious, unless the accusation is one that presents such serious consequences that it can’t be ignored, such as physical abuse. Such false accusations are not even to be investigated but ignored. The best way here to protect elders is to turn a deaf ear to such allegations.

Why, then, does the Apostle Paul protect elders in this way? Calvin answers the question well by saying:

“This is a necessary remedy against the malice of men; for none are more liable to slanders and calumnies than godly teachers…sometimes they either sink under it, or stagger, or halt, or blunder, in consequence of which wicked men seize many occasions for finding fault with them…although they perform their duty correctly, so as not to commit any error whatever, they never escape a thousand censures”[4]

This is the way Satan often works, as he seeks to turn the preacher’s teaching into contempt in the minds of some. Then, after the slander is turned against him, the assaults against this man of God would be believed by others, convicting him before the facts were even established. Or, to quote Calvin again, “they eagerly condemn their pastors, whose good name they ought rather to have defended.”[5] So it becomes absolutely essential that God’s people be able to distinguish gossip and lies from reality and righteous fidelity.

Since church leaders’ blamelessness qualifies them to shepherd God’s people, their reputation must not be unnecessarily damaged, and their work in ministry must not suffer the many unnecessary interruptions that pull them off course. The ministry that God has placed them in is a sacred trust, based on their integrity and consistent holiness of life. However, if the sin has definitely been established against an elder, he must be reproved in the presence of the rest of the elders and the whole church. Such a severe response to sin causes the remaining elders to be filled with godly fear, lest they be guilty of the same sins.

In conclusion, the elders in the local assembly must not allow themselves to be influenced by subjective criticism; it comes with the territory. But to attack someone in a position of authority where he has been placed by God is a serious offense. King David offered a solemn charge in Psalm 105:15, “Do not touch My anointed ones, and do My prophets no harm.” Thus, the leadership must band together to protect this holy office from being tarnished from every allegation that is hurled upon men of God. No less than the unity of the church, the glory of God, and honor due to faithful servants is at stake. So let us be sober and vigilant.

I am privileged to have been raised in a Christian home and local Bible Church, yet I did not come to saving faith until some point in my later teen years. When I went off to Word of Life Bible Institute I planned on going to law school afterwards, yet the Lord gave me a love for His Word and people and began growing in me a desire to instruct others in His timeless truth. That year began His calling of me into full-time ministry. I’ve had the opportunity now to be in ministry for 3 decades. I’ve been happily married to my wife Cynthia for over 25 years and the Lord has graciously given us bookends of girls, with 5 boys between them. I have pastored in my home state of Maine, but am currently on pastoral assignment in southern Oregon; in particular as the main teaching pastor of Grace Bible Church in Talent, Oregon. It is a particular joy as well to offer counsel and discipleship through Sovereign Grace Biblical Counseling & Discipleship, along with adjunct instruction at Midwestern Baptist Theological Seminary and elsewhere as the opportunity arises. My gratitude also extends to the various ministries that have poured into my life, like the Master’s Seminary and the Association of Certified Biblical Counselors. It has been an exciting ride, as the Lord has been growing and fashioning me and given me the supreme privilege to preach, teach, and counsel the Word of God. If I could serve you through articles, audio, or video teaching, please visit www.biblicalexpositor.org where there are numerous sermons, lessons, handouts, articles, & much more. You can also visit my YOUTUBE page.