Mission Means More Than a Tip

I’ll never forget the day that the first person who mentored me during high school said that he had learned from me.

We were eating dinner one night, and I remember it specifically being a diner. A waitress (who I thought was pretty), came up to us and greeted us as our server. I had not seen many servers with glasses pull it off like she did, and I think my mentor might have known I was smitten. I was this awkward, shy guy, and the awkwardness still is evident at times. I don’t know if I’ve gotten much better.

The night went on, and as usual, I opened my mouth, and I got in trouble with Brian, my mentor. I think back on these days, and I can’t believe some of the things I said, especially in front of Brian. I’ve actually heard people say they were so amazed at the change they saw in me because they remembered I had no filter, and how I also could be very offensive with my tongue.

While we had our conversation, our server came out with our food. I don’t remember exactly what it was, but I remember being excited to eat finally, and also to see the server again. Me, trying to be nice to her, awkwardly offered her some of the food she set before us. I didn’t even ask Brian, and just offered her the food. I can’t remember for sure what we ordered, but I do remember her being very open, and taking a small box for herself to eat during her break or whenever.

What ended up as me offering food to a server because I liked her and her glasses, ended up making my mentor look a bit surprised, which often gave me pause. Whenever he paused, I would become uncomfortable, knowing I was about to get rebuked. I don’t know how it went about precisely, but I remember Brian eventually bringing up that he had “just learned from me.” I was relieved. He stayed quiet, and I also let what he had just said sink in. Brian to this day is one of the greatest listeners and most effective shepherds I’ve ever met, and he’s very intentional with his words. Believe me; this was a nice break from me usually being disciplined.

There might have been people already doing what I did, for much more righteous reasons. But I remember being profoundly taken aback. Culturally, I didn’t ever hear mentors saying they learned from their disciples. But what I did that night ended up being what I’m always doing at a restaurant, whether I like the server or not. It has birthed a way of living that is continually being noticed by other Christians and many non-believers which causes me to feel like I’m eating with as much people who can’t stand talking about the faith!

Does Your Understanding of Grace Show in Your Everyday Life?

Sometimes, I hear us Reformed guys being hated on for not being missional, or even friendly. We can be seen as Bible-heads, who lack grace for others.

If we genuinely understand the Sovereignty of God, our sinful nature, and inability to work for our salvation, as well as the unmerited grace of our Lord Jesus Christ, we should be passionate about mission and discipleship in our everyday lives. After all, we can move from a still and idle position of understanding grace to a practical way of moving forward with our actions so that we can love on people wherever we’re at.

The nineteenth chapter of Revelation speaks about the Marriage Supper of the Lamb. We know that for those who are invited, they are the blessed people of God who have believed in Jesus as their personal Savior and Lord. What an exciting picture it paints as we’ll share the best meal with those who have already finished the race. “Hey, Spurgeon.” “Hi, Calvin.” “John, where’d your head go?” What’s incredible is that Jesus will have all sorts of people, from the lowliest to the highest, all sitting before him, dining, as the chosen and called of God. Every Christian will be present, even the greatest like the apostles and prophets eating and drinking as people who have been shown undeserving grace because of God’s glory.

The next time you eat out, I challenge you to pray and see if you could extend the offer back to your server by offering them something to eat, no matter how small. Does there need to be a reason? What reason more could exist other than how Jesus gave us something underserving and unexpected in the grace of God, a seat at the table and the best of delicacies, Jesus Himself! 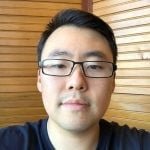 Peter Yi is a MDiv student at Southern Seminary, and currently serves as the Lead Pastor of a multi-ethnic English ministry called Covenant Fellowship at a Korean Church in the Detroit Metro area under the Southern Baptist Convention. The church is partnered with both the State Convention and the local baptist association.

As a strategic and directional visionary, he is passionate about raising up healthy, holistic, disciple-making disciples who are living as Abba loving, Holy Spirit empowered, Christ-exalting missionaries in their own cities, and in the region where he currently serves of Metro Detroit! He dreams of seeing authentic, diverse, and vibrant communities of faith and churches rise up all over the Greater Detroit Metropolitan Area.

He loves black coffee, reading books in privacy, owning people at ping pong, watching short clips of sports cause he has no time, playing beautifully on the guitar, and telling jokes to people that he would have performed had he gone the stand up comedy route.