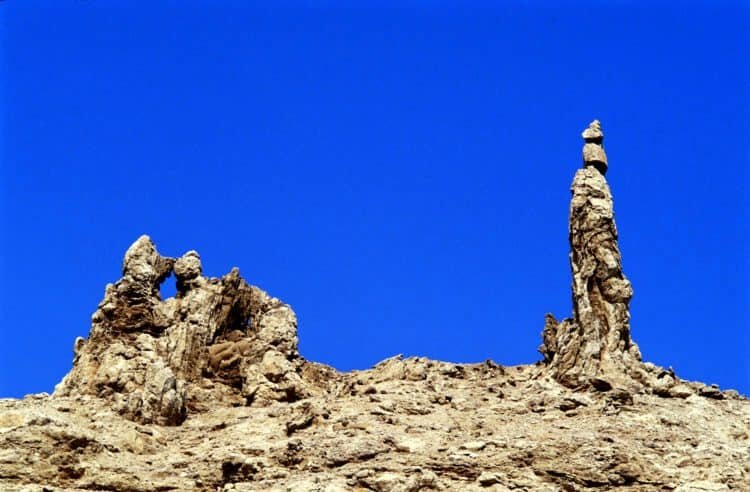 Two angels came to Sodom and Lot was sitting in the gate of Sodom (Genesis 19:1).

As two angelic messengers arrive at Sodom for the sole purpose of bringing divine judgment on this wholly degenerate city, they find Abraham’s nephew Lot sitting in the gate of the city. This seems incongruous and out of place, because in God’s own review of the city’s inhabitants we are specifically told there were not even ten righteous people in the whole town.

And Lot had not come here as a missionary, to bring the gospel to this corrupt civilization. Lot was in Sodom for personal gain and material security.

This should be a sobering consideration for every Christian living in the West today.

Not a Sudden Decline

How did Lot come to be in such a clearly compromised situation? The answer from the rest of Genesis is that Lot did not suddenly or abruptly become comfortable with the ungodliness around him; it was a gradual decline. Sodom progressively influenced Lot.

We are told first that Lot looked toward Sodom and saw its well-watered fields (13:10). He then pitched his tent in the direction of Sodom (13:12). The next time he is mentioned we find that Lot is living in Sodom (14:12). And now, in Genesis 19:1, Lot is sitting in the gateway of the city as one of its leaders. Later in this same chapter, we find that Lot is calling the men of the city his “brothers,” and that his daughters are engaged to marry inhabitants of the city.

Though perhaps not initially meaning to do so, Lot has clearly set down roots in the city and culture of Sodom.

It is striking to contrast then Lot’s comfortableness in Sodom with the attitude of the angels who come to destroy Sodom.

Rather than settling into the city’s wealth and luxuries, the angels are hesitant to even sleep in a home of Sodom, but seem to prefer to spend the night in the town square! (Genesis 19:3). They know this will all be ashes by morning, they know this place is given over to sin, so they are in no way interested in joining with this place.

The angels keep in mind what Lot clearly had forgotten: Sodom’s prosperity was only temporary! As Peter reminds us in the New Testament, a genuine recognition of imminent and divine judgment will fundamentally change our perspective of this world (2 Peter 3:11).

Not One With the World

On the positive side of Lot’s story, he invites these two angelic visitors to stay with him and prepares a meal for them (vv.2-3). The hospitality of Lot parallels that of Abraham and is juxtaposed against the spirit of all the rest of Sodom.

While Lot is guilty of compromise with the world, Lot is still not one with the world. To the contrary, nearly every word and action from Lot in this chapter is contrary to that of Sodom’s inhabitants. But what a difficult position Lot find himself in, because of his own priorities and choices!

Perhaps you, as a Christian believer, know that painful experience? Trying to put God first, but also too influenced by the worldly lives around you—and so you find that you are living a life of constant tension, an on-going emotional and spiritual tug-of-war. No wonder Lot is described in the New Testament as being “vexed” every day (2 Peter 2:7).

Is that you also, as a Christian believer, because of uneasy compromises that you have gradually made with an ungodly world? Decisions that should be spiritual habits by now, priorities that should come as second nature, instead have to be fought for every day.

A Lesson to Learn

We must learn this lesson from Lot, and the pain and loss he experiences: gradual compromise leads to eventual defeat.

Though Lot himself was a man of genuine faith in God, who was daily vexed with the sin of that surrounded him in Sodom — Lot would end up losing everything he treasured in Sodom. His wealth, his position, his family.

In fact, Lot’s family will not spiritually survive Sodom. His wife’s heart will forever remain in Sodom; Lot’s daughters will follow his example in making purely pragmatic decisions, and Lot’s descendants will for hundreds of years be the constant enemies of God’s people.

As Derek Kidner insightfully comments: “So much stemmed from a self-regarding choice, and persistence in it.” We dare not compromise our pursuit of God and his will, even for a moment. We must not ever treasure temporary pleasures above eternal ones. If we do, we may find ourselves in Lot’s tragic predicament: losing everything because we did not seek first the kingdom of God. Gradually compromising until we find we have lost what matters most.