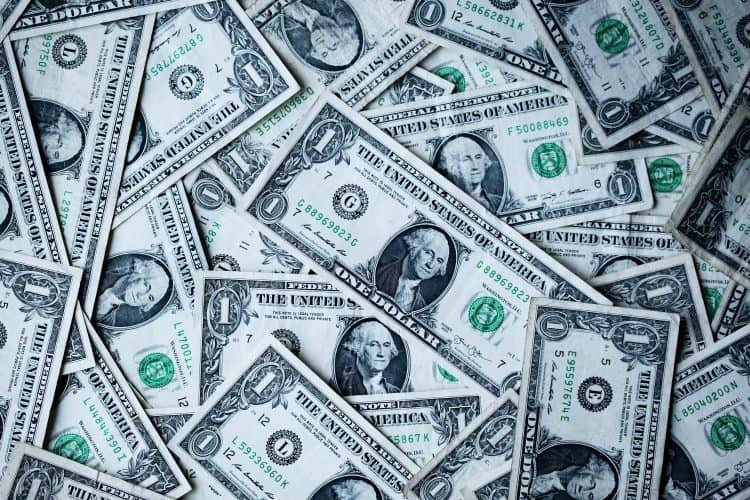 Lessons From a Transformed Tax Collector

Christian novelist Frederick Buechner observes that, in God’s choices in the Bible, the exception seems to be the rule. He says:

“Who could have predicted that God would choose not Esau, the honest and reliable, but Jacob, the trickster and heel, that He would put the finger on Noah, who hit the bottle, or on Moses, who was trying to beat the rap in Midian for braining a man in Egypt… Even after Jesus came the pattern continued…”

And we certainly see that pattern nowhere more plainly or surprisingly than in the life of Matthew. We come on him suddenly, out of the blue: as Jesus continues his authoritative, itinerate ministry, he seems to just “happen” upon Matthew, with no warning in the narrative for us readers and no premonition of the visit provided to Matthew himself: “Jesus … saw a man called Matthew sitting at the tax booth, and he said to him, ‘Follow me.’ And he rose and followed him” (Matthew 9:9).

A Publican No More

Matthew was a publican (no, not a pub owner, but a Jewish tax collector for the Romans). This meant he was among the most greedy, grasping, and gross members of society. He was probably the lackey of Herod Antipas, perhaps the tax collector for the ferry tax, for the transit of persons and goods across the nearby lake.

Tax collectors so uniformly abused their powerful and lucrative position that, when publicans came to John the Baptist and asked “Teacher, what shall we do?” his answer to them assumed crookedness because of their profession: “Collect no more than you are authorized to do” (Luke 3:12, 13). It was no accident that tax collectors and prostitutes were regularly grouped together in the collective mind of their culture—they both were perceived as being willing to do anything for money.

How must it have rung true for Matthew later, when he would record Jesus’ words: “If you love those who love you, what reward do you have? Do not even the tax collectors do the same?” (Matthew 5:46). Tax collectors had earned a reputation as the most self-serving, egocentric people in society.

Although he authored the book that bears his name, we actually know relatively little about him. What we do know, however, we learn from his person, from his actions, and from his words.

We Learn From His Person

As we read the Bible, it seems that one of God’s attributes—along with being immutable and  impeccable—is that he is unpredictable. And never more so than in his choice of the man to write the first book of the New Testament.

Of the twelve apostles, none was a more notorious sinner than Matthew. Matthew’s own gospel classifies tax collectors in the same category as prostitutes (Matthew 21:31) and heathens (Matthew 18:17). Tax collectors were often not allowed into the synagogues or temple because of their exceedingly sinful reputation (remember the tax collector in Jesus’ parable who prayed “standing far off” from the temple?).

Yet, Jesus not only saves Matthew from his sinful condition but also calls him to be one of his apostles and the author of the opening book of the New Testament! What do we learn from the person of Matthew? That God is delightfully unpredictable because he does not think, or act, or save according to human estimation or wisdom. He takes broken, weak, sinful, unnoticed people and makes them productive servants in his great kingdom.

It is interesting that there are three tax collectors specifically mentioned in the Gospels, and all three were saved by God’s grace: Zaccheus, the tax collector in Jesus’ parable, and Matthew. It is as if God is purposefully sending us this message: “Dirty, rotten, no-good sinners are exactly who I delight to save.”

Have you been living contrary to God and his Word? Have you been deceptive, selfish, greedy, rebellious? Have you perhaps even earned a reputation in your community, or among your friends, as a scoundrel or a thief or a liar? That is exactly who Matthew was, and yet God saved him out of his past and gave him great usefulness in his service.

We Learn from His Actions

Nowhere in any of the four Gospels is a word recorded from Matthew’s mouth. Yet here truly is a man whose actions speak volumes more than any words could.

First, he was sitting at the tax booth when Jesus found him (Mark 2:14). He was, in other words, “caught in the act” of his infamous job when Jesus came to him. Matthew was actively sinning when he met his sinless Savior—how embarrassing! He could not pretend to be someone or something better than he was. No excuses or explanations could justify his current position. And yet this is exactly where Jesus finds every one of his people when he saves them. It was “while we were still sinners, Christ died for us,” and it is while we are still sinning that Christ calls us to himself by his Spirit.

Yet, out of this sinful situation, Matthew responds to Jesus’ call. He could well have written the words to the famous hymn:

Just as I am, and waiting not

to rid my soul of one dark blot,

to thee whose blood can cleanse each spot,

Second, Matthew left everything and rose and followed Jesus (Mark 2:14; Luke 5:28). While being a tax collector was not popular, it certainly was a lucrative and powerful position. Yet Matthew leaves it all behind without even bothering to give a two-week notice or planning out his retirement. He left a lucrative position, and all that he had and knew, in order to follow a lowly person named Jesus.

And Matthew didn’t just leave behind his lucrative career, but his sinful lifestyle as well. This is always the expectation of Jesus, and Matthew was willing to forfeit whatever it cost him in order to follow the Christ. Jesus said, in John 10:27, “My sheep hear my voice, and I know them, and they follow me.” We see just how literally this is true in Matthew’s call from Christ and response to Christ.

Finally, he made a great feast in honor of Jesus (Luke 5:29). Like Philip and Andrew, Matthew’s first impulse is to invite others to meet and visit with his new-found Savior. The guests at the party, from what we are told, all seem to be petty criminals, prostitutes, and hoodlums—apparently the only people Matthew knew. Perhaps he also knew, by faith and by experience, that Jesus would not mind mingling with his disreputable friends and might even be willing to save them too!

We Learn from His Words

Matthew’s words are striking because they are all about Jesus. Matthew is almost invisible, even in his own Gospel account. In his entire gospel, he mentions his own name only twice: once when he is called and once when the apostles are listed—and there he refers to himself as “Matthew the tax collector” (Matthew 10:3), although neither Luke nor Mark does.

It seems that Matthew loses all notice or interest in himself as he tells us the story of his Hero, King Jesus. And in doing so, Matthew provides us with the most comprehensive collection of Christ’s teachings in all the Gospels, many infallible proofs of His right to the throne of David, and, perhaps most importantly, a clear and tender look at the life of our Savior Jesus Christ.

From sitting at the tax booth gauging others, to sitting at a feast at his own expense for Jesus; from grasping at everything, to leaving it all; from self-promoting, to self-effacing; from publican of Herod to publisher of the gospel—in Matthew we see the life-transforming power of the call of Jesus Christ. Have you followed? Come and meet the Lord Jesus, the One who transfers sinners from the Kingdom of Darkness to the Kingdom of the Lord Jesus and transforms them from rebels to saints and servants of the Kingdom.