Is My Favorite Author, Speaker, or Pastor a Progressive Christian?

Have you ever been listening to your favorite Christian podcast, only to be stopped in your tracks by a confusing statement the speaker makes about the Bible? Have you uncomfortably shifted in your pew as your pastor preaches a sermon that seems to cast a negative light on the atoning work of Jesus on the cross? Have you sat down to read the latest Christian book only to have a red flag when your eyes fall on an unfamiliar definition of the gospel? There’s a good chance you might be listening to or reading something published by a progressive Christian.

Progressive Christianity is a movement that is infiltrating and influencing the Evangelical church. Some of the most high-profile Christian leaders are a part of it. This movement seeks to re-interpret the Bible, re-assess historic doctrines, and re-define core tenets of the faith. While claiming the title “Christian” and boasting a high view of the Bible, it is sweeping up many unsuspecting Christians into a false view of who God is and how he saves people.

Marks of A Progressive Christian

Progressive Christians often refer to Jesus’ sacrifice on the cross as horrific or unnecessary. The idea that God the Father would require the blood sacrifice of his Son is perceived to be an indictment of God’s character, turning him into a divine abuser. This is sometimes referred to as “Cosmic Child Abuse.”

The Bible is viewed more like an ancient spiritual travel journal than God’s inspired, inerrant, infallible, and authoritative Word in the progressive church. The Biblical writers are viewed by progressives as well-meaning ancient people who were doing their best to understand God in the times and places in which they lived, but they were not necessarily speaking for God. Scripture is also seen by them as contradictory, not internally coherent, and not authoritative for Christians.

With no concept of original sin or a sin nature passed down, progressive Christians will often teach that sin isn’t what separates us from God but our own self-imposed shame. In the progressive view, it’s often taught that we simply need to realize that we were never separated in the first place…that we are beloved and accepted by God just as we are.

Certainly, not all progressive Christians will deny Jesus’ deity, but this doctrine tends to be downplayed. The concept of “Cosmic Christ” is sometimes presented as our ultimate goal…that Jesus is a model and exemplar of someone who was christened as both human and divine. We can follow his example by finding the divine within ourselves.

Again, not every progressive denies the physical resurrection. Still, the idea that Jesus was bodily raised back to life is often deemed less important or significant than the meaning we can draw from the idea of resurrection.

In the progressive church, the virgin birth and other miraculous events can be downplayed,  ignored—or like the resurrection—viewed as less important than the life lessons we can learn from these stories.

A denial of the deity of Jesus would naturally be a denial of the Trinity. But some progressive Christians take it further and affirm the view of pantheism, which states that the universe is God. Others will affirm a slightly less radical view called panentheism, which is the belief that God and the world are interrelated. God is in all, and all is in God. This implies that God is somehow dependent upon creation, which casts serious aspersions on the nature of the Trinity.

You probably won’t find many progressive Christians who outright declare that Jesus was a sinner. However, Jesus’ humanity tends to be emphasized. For example, in Matthew 15, Jesus tells the Syrophoenician woman, “It’s not good to take children’s bread and throw it to the dogs.” This is viewed as Jesus having racial biases that were recognized and corrected during this exchange.

Things to Look for About Progressive Christians

One of the hallmarks of progressive Christianity is the shift on issues of sexuality and gender. There is an almost universal acceptance of same-sex relationships and marriage, a belief in the validity of transgenderism, and a rejection of cisgender norms.

​The primary view of heaven and hell in the progressive church is Universalism, which is the idea that no one will be punished in hell. Also, the progressive church holds the view that everyone will eventually be saved and restored to the right relationship with God. Some progressive Christians will still say that Jesus is the only way but believe he will save everyone.

In progressive Christianity, the gospel is not seen primarily as the good news of God saving sinners and reconciling them to Himself. Instead, social justice issues become the heart of the gospel message, with what one does being viewed as more important than what one believes. The secular framework of critical theory is often embraced, where the world is viewed through the lens of oppressed vs. oppressor.

Religious pluralism is the idea that all roads lead to God, and no one religion holds ultimate truth when it comes to who God is and how he reveals himself to the world. Often, progressive Christians will tout the mantra, “Everyone has a seat at the table,” meaning all creeds and religions are true in their own way, and God equally accepts the people who embrace them.

As stated above, many progressive Christians affirm pantheism or panentheism. Another view promoted in the progressive church is perennialism, the idea that although different religions look different on the outside, they share the same truth at their core. In other words, they share the same source and come from the same ultimate or divine reality. This divine reality can be discovered through mysticism and contemplative practices.

So, the next time you are reading a book, listening to a podcast or sermon, or scrolling through social media, please put the writer or speaker who claims to be Christian to the test. Do they deny one or more doctrines in the first list? Do they affirm one or more in the second list? That is a good indication that you are following a progressive Christian leader. 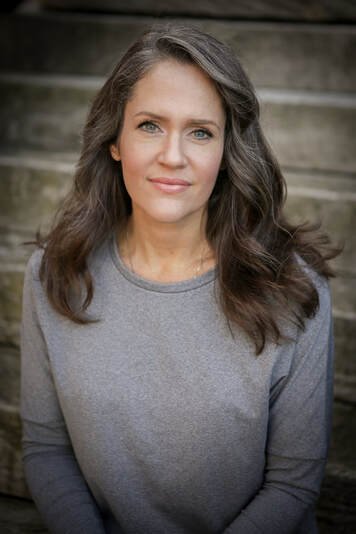 Alisa Childers is a wife, a mom, an author, a blogger, a speaker, and a worship leader. She was a member of the award-winning CCM recording group ZOEgirl. She is a popular speaker at apologetics and Christian worldview conferences, including reThink. She has been published at The Gospel Coalition, Crosswalk, the Stream, For Every Mom, Decision magazine, and The Christian Post. Her blog post “Girl, Wash Your Face? What Rachel Hollis Gets Right . . . and Wrong” received more than one million views. You can connect with Alisa online at alisachilders.com.