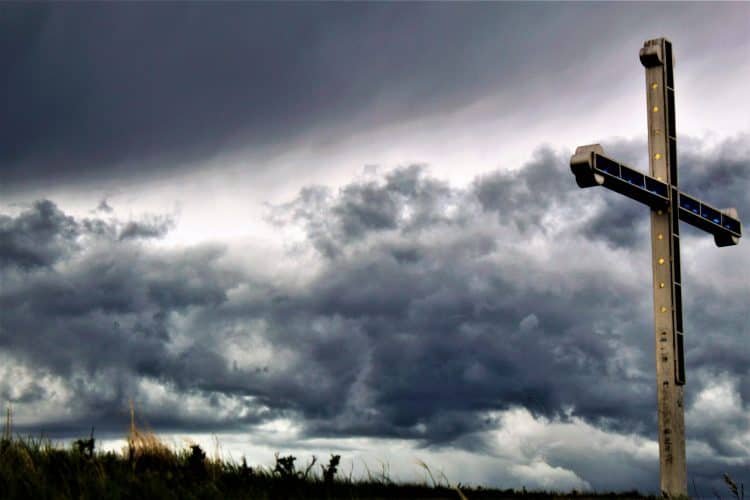 “Shadrach, Meshach, and Abednego answered and said to the king, “O Nebuchadnezzar, we have no need to answer you in this matter. If this be so, our God whom we serve is able to deliver us from the burning fiery furnace, and he will deliver us out of your hand, O king. But if not, be it known to you, O king, that we will not serve your gods or worship the golden image that you have set up” (Daniel 3:16-18).

We might expect to hear these words from the lips of vacationers lying by the side of the pool, or from retirees tinkering with their favorite hobby … but from three young men who are facing execution because of their faith?

Yet this is the case with the three Hebrew children Shadrach, Meshach, and Abednego. They were about to be thrown into a furnace of fire, and yet they were able to say, “We are not full of care, we have no need in this dire situation.” What kind of people are so carefree in the face of tremendous affliction and opposition?

As we learn from their own mouths, genuinely carefree people are not those who have no troubles. Rather, those who face affliction peacefully and confidently are those who see the greatness of God, trust in the goodness of God, and know the surpassing worthiness of God.

Seeing the Greatness of God

“Our God whom we serve is able.”

These three young men saw the greatness of their God, by faith. Even as they faced the fiery furnace, they saw by faith that their God was greater than the forces of nature. The nature of fire is that it burns. And we could be equally realistic about troubles we are facing: the nature of cancer is it kills, the nature of aging is it weakens us, the nature of pain is it hurts, the nature of loneliness is it is lonely, the nature of joblessness or economic downturns is that they leave us helpless to provide for our family.

But God is greater than all the forces of nature! Never forget that it is God who set this world in motion and it is a small thing for him to turn it on its head.

Let this reality sink in: if God wanted to change my circumstances, he could do so in an instant! He must then have a reason for allowing it to continue!

Shadrach, Meshach, and Abednego also knew that God is greater than the greatest men and women on earth. The accusation was true that had been lodged against them, “These men, O king … do not serve your gods or worship the golden image that you have set up” (Daniel 3:12). And the same will be true of you if you serve the God of the universe, rather than the gods that this world sets up and tells you to worship.

It is hard for us to envision or appreciate a truly sovereign ruler anymore, but basically everything under Babylon’s power belonged ultimately to its king. Yet the same is true of God’s sovereignty! Everything under his power belongs to him! And that includes little tyrants that rule the world.

Of course, the end of the story shows the accuracy of their God-perception. It would have been miraculous if these men came out gasping for breath, sweating, and red-skinned from the heat alone. But not even a thread was singed, not even the smell of fire was on their person. Their God was, indeed, able.

Trusting In the Goodness of God

“He will deliver us.”

Whether they had this specific promise in mind or not, these three young men believed the truth of Psalm 34:17,19: ” Psalm 34:17 When the righteous cry for help, the Lord hears and delivers them out of all their troubles. Many are the afflictions of the righteous, but the Lord delivers him out of them all.”

God will deliver his people from every single affliction they encounter. The promise could not be clearer, or more sweeping in its scope. The question then is: do we trust God?

Knowing the Surpassing Worthiness of God

In May of 1940, in the heat of World War II, the British forces were overwhelmed by the Nazis’ powerful blitzkrieg, encircled by German artillery, and under fire by the Luftwaffe—hundreds of thousands of British troops hovered, defeated and outnumbered, on the beaches of Dunkirk, France as the city of Dunkirk blazed behind them.

Back home in Great Britain, the people waited anxiously to hear some word, some news from their troops at Dunkirk.

Finally, a message arrived with only three small words, made up of eight letters: “But if not.”

The British populace immediately understood this as a reference to Daniel 3 and God’s servants who made a bold stand, for a cause that was greater than themselves, regardless of the personal cost. The British people immediately understood that their troops were saying, in just three words, “We hope to be delivered, we believe God is able to do it, but we are willing to die if need be.”

Inspired by the carefree faith of their troops, the British people themselves sprang into action and performed what is to this day one of the largest civilian joint-operations in the history of warfare. Eight hundred boats of every size and description were martialed into action, without any thought of personal property loss or personal injury. Battleships and gunboats pushed across the English channel alongside fishing boats, motorboats, yachts, and rowboats to help rescue those troops from Dunkirk and return them safely to Britain.

What is still called by some “the miracle of Dunkirk” came to pass because the people of Britain—both troops and civilians—were reminded of the greatness, the goodness, but also the worthiness of serving God in the midst of even the greatest challenges and tragedies that this world has ever known.

When Satan accused Job of serving God only because of the blessings and protection he had enjoyed, Satan was also indirectly slandering God by implying that God is not worthy of being worshiped in and of himself, but only because of the things he gives people.

In order to answer Satan’s accusation for ourselves, then, we must answer this question—not just with our lips—but with our own life’s choices and affections and aspirations: “Is God himself reward enough for all our service and worship, even if we never get anything else out of it or even if it costs us everything we have?”

If you are burdened with cares, worries, or fears, then which one (or more) of these has become less true of you? Have you lost sight of God’s greatness? Have you stopped believing his promises and trusting in his goodness? Or have you given in to the lie that there is something or someone in this world that is a greater reward than God himself?