How Paul Led from a Distance: A Model for Pastors Leading From A Distance

The apostle Paul led from a distance. His letters demonstrate deep affection for his readers, a longing to see them again, and his ongoing burden to lead well, even while apart. For example, Paul wrote to the Philippian church from a prison cell in Rome.  But his Roman imprisonment did not free him from his pastoral obligation. He wrote that he was compelled to live, and act for their benefit (Phil 1:24). He explained that their obedience mattered to him (Phil. 2:16). He described his affection for them, “my brothers, whom I love and long for, my joy and crown…” (Phil 4:1). Distance does not quench the pastor-leader’s heart. While some leaders bemoan the challenges of leading from a distance, Paul models how to embrace the opportunities.  In his letter to the Philippians, Paul models six ways that pastors can lead from a distance.

“I thank my God in all my remembrance of you, always in every prayer of mine for you all making my prayer with joy…” (Phil 1:3-4).

Paul led from a distance by praying. It seems as though Paul embraced distance as an invitation to prayer. Paul knew that, in many ways, prayer is a better means of spiritual fellowship with those he led than proximity.

Pastor-leader in the lives of those you love and lead; your prayers are more powerful than your proximity. So, pray, and encourage those you lead by calling them and praying with them or sending them a card or letter explaining how you prayed for them!

In my own experience, Chuck Lawless has modeled this practice as I’m currently working on my D.Min. Project at Southeastern Baptist Theological Seminary with him as my project chair, and I’ve spent a few phone calls discussing my project (and the needed edits) with him. Almost every time we talk, before we hang up, he says, “Jeff, let me pray for you.” Pastor, embrace distance as an invitation to lead by praying.

Phil 1:12, “I want you to know that what has happened to me has really served to advance the gospel…”

From the prison cell in Rome, Paul sought to lead by encouraging hearts in Philippi. It’s stunning to realize that Paul, in prison (Phil 1:13), is writing to Philippian believers, in conflict (Phil 1:30), and writes intending to encourage them (Phil 1:6). Pastor, you can encourage those you lead from a distance.

Christian leadership, and friendship, is not merely keeping each other involved or informed about what’s happening in our lives. It’s the committed resolve to regularly remind each other that the Lord is at work, even in the hard moments.

Distance can be the setting for deep encouragement. Pastor, embrace the opportunity to encourage those you lead by pointing out how God is at work in their lives, even in in tough moments of forced distance.

Phil 2:8, “And being found in human form, he humbled himself by becoming obedient to the point of death, even death on a cross.”

Pastor, it is always the right time to remind those you lead of the gospel. The apostle Paul centered his letter to the Philippians on the saving work of Jesus. In each of Paul’s letters—all notably written from a great distance—Paul’s prioritizes the gospel.

As you lead from a distance and in an ever-changing environment, you must remind the people of God of the gospel, which will never changes. Where else will you point them for comfort and hope? To the possibility of better days ahead? To the comparatively more difficult suffering of others? To the day when things will get back to normal? Settle yourself in the gospel (Phil. 2:1-11). Remind yourself of the implications of the gospel on your ministry (Phil 2:16-17). And invite those you lead to live in light of the gospel (Phil 3:12-17).

Phil 2:22, “But you know Timothy’s proven worth, how as a son with a father he has served with me in the gospel.”

Paul loved to celebrate people. Whether it was Timothy or Epaphroditus (Phil. 2:19-30) or Clement (Phil 4:2), Paul was often pointing out how God had used others to encourage him. In Romans 16, Paul lists nearly 30 people by name! Each name was a person God had used in his journey.

Pastor, how can you celebrate those you lead, even from a distance? Social media has created a number of platforms on which we can honor and celebrate others. Technology enables us to celebrate the work of God’s grace in people’s lives in front of others on video calls or messages.

Paul was in prison, miles away from the Philippian believers, but distance didn’t prevent him from celebrating God’s work in individuals and it shouldn’t stop us, either.

Phil 3:17, “Brothers, join in imitating me, and keep your eyes on those who walk according to the example you have in us.”

Paul knew the power of example in leadership. Long before John Maxwell and other leadership experts would champion the call to lead by example, the apostle Paul demonstrated it.

Paul led from a distance by exemplifying how he was applying the gospel to himself and motivating himself onward because of the gospel. Paul didn’t need comfort or prestige to motivate him, because he had the gospel.

Pastor, with humility, lead by example. Explain to the flock entrusted to you by the Lord how you are personally meditating on the gospel, even while unable to be with them physically. Model for them how they can find fuel for present and future obedience in the grace of the gospel.

Phil 4:2-3, “I entreat Euodia and I entreat Syntyche to agree in the Lord. Yes, I ask you also, true companion, help these women who have labored side by side with me in the gospel together with Clement and the rest of my fellow workers, whose names are in the book of life.”

Pastoral leadership requires calling people to obedience. It requires pastors to apply the gospel to those they lead, even in difficult situations where application is costly and hard; even from a distance. Distance ought not to become an excuse for pastoral disobedience.

Pastor, you are still laboring for your flock, because you are still longing to see them mature in Christ. Don’t be afraid to challenge them to obedience, even from a distance. 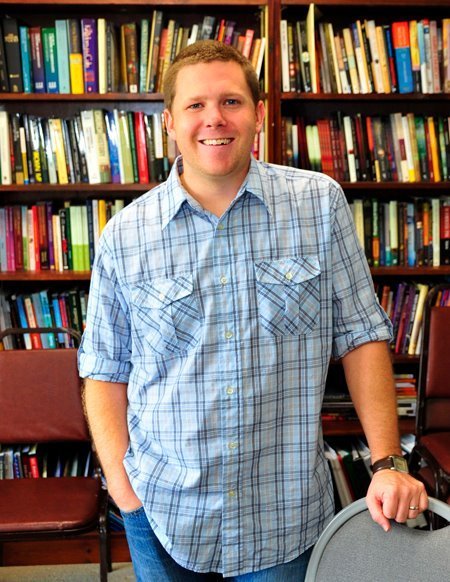 Jeff is the glad husband of Lauren and the proud dad of Aiden and Carter. He pastors Catalyst Church in Newport News, VA and works as a Church Planting Strategist with the Southern Baptist Convention of Virginia. Jeff is the author of Called to Cooperate: A Biblical Survey and Application of Teamwork.