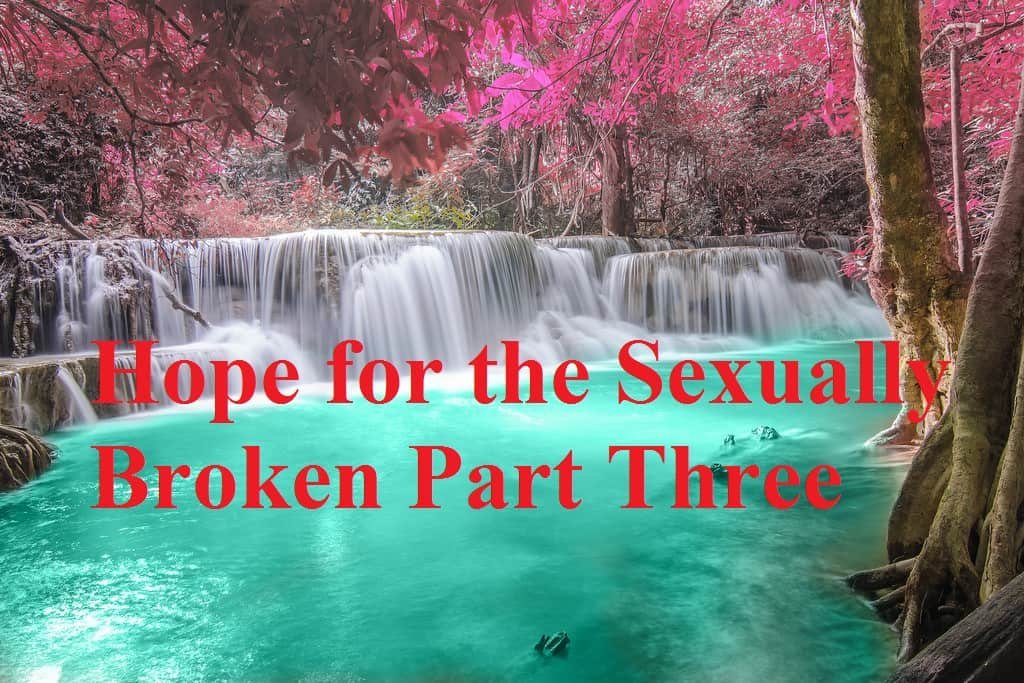 Last week we took some time to explore how the gospel can be used as a defense for fleeing sexual sin and temptation. This week we are going to explore what repentance should look like for the sexually broken.

Repentance: The Perpetual Fast from Sin

A Puritan and minister of St. Stephen’s Walbrook in the seventeenth century, Thomas Watson once defined repentance as a “perpetual fast”[1] from sin. Wayne Grudem, in his Systematic Theology, defines repentance as “a heartfelt sorrow for sin, a renouncing of it, and a sincere commitment to forsake it and walk in obedience to Christ.”[2]  Furthermore, the Greek word for repentance denotes a “radical, moral turn of the whole person from sin and to God.”[3]  This is a change of mind that can only happen by the Holy Spirit’s regenerating work.

In 2 Corinthians 7:10 the Apostle Paul states, “For godly grief produces a repentance that leads to salvation without regret, whereas worldly grief produces death.” Counterfeit repentance is real and dangerous. Often times it comes in the form of strictly behavior modification.

The danger in this is that there is never an examination of the heart and this is a tremendous problem for the sexually immoral. Jesus says in Matthew 5:27-28, “You have heard that it was said, “You shall not commit adultery.” But I say to you that everyone who looks at a woman with lustful intent has already committed adultery with her in his heart.”

Jesus’ aim is the heart. The Hebraic author affirms this in Hebrews 3:12 when he exhorts, “Take care, brothers, lest there be in any of you an evil, unbelieving heart, leading you to fall away from the living God.”

God is concerned with the heart. Anyone can modify behavior out of fear for a gaining a bad reputation, losing a job, losing a marriage, the list can pile up tall. However, God judges the heart and intentions of man (Jer. 17:10; Heb. 4:13).

Louis Berkhof, Late Professor of Dogmatic Theology at Calvin Seminary in the 30s once stated, “Roman Catholics have an external conception of repentance. According to them, it comprises a sorrow, not for inborn sin, but for personal transgressions, which may merely result from the fear of eternal punishment…”[4]

True repentance deals with the inner man. It is concerned about the condition of the heart.  Worldly repentance or sorrow, is concerned only about outward appearances. Jesus did not mince words with those concerned only about the outward appearance. He stated in Matthew 23:27-28, “Woe to you, scribes and Pharisees, hypocrites! For you are like whitewashed tombs, which outwardly appear beautiful, but within are full of dead people’s bones and all uncleanness. So you also outwardly appear righteous to others, but within you are full of hypocrisy and lawlessness.”

A purely outward modification is not genuine repentance. In Thomas Watson’s book The Doctrine of Repentance, he gives six ingredients for true repentance that will be profitable to briefly examine.

The very first ingredient is “sight for sin”[5]  Watson goes on to state, “A man must first recognize and consider what his sin is, and know the plague of his heart before he can be duly humbled for it.”[6]

Paul Washer, director of HeartCry Missionary Society states in his book on the gospel, “The center of the gospel is the death of Christ, and Christ died for sin. Therefore there can be no gospel proclamation apart from a biblical treatment of sin. This includes explaining the heinous nature of sin and exposing men as sinners.”[7] In order for true repentance and faith in Christ to occur, there must be an agreement with the Scriptures about sin.

The second ingredient Watson communicates is a “sorrow for sin”[8]  He goes on to state, “A woman may as well expect to have a child without pangs as one can have repentance without sorrow… he that can repent without sorrowing, suspect his repentance.”[9]

In counseling sometimes the counselee recognizes the sexual sin, but it so numbed and calloused by the deceitfulness of sin that there is no sorrow. Only the gospel of Jesus Christ has the power to break the stony heart and turn it into a heart of flesh (Ezek. 36:26). Believers and non-believers must get back to the gospel and its implications in order to sorrow over sexual sin.

Watson’s third ingredient of genuine repentance is the “confession of sin.”[10] Watson states, “In our confessions we tax ourselves with pride, infidelity, passion, so that when Satan, who is called ‘the accuser of the brethren’, shall lay these things to our charge, God will say, They have accused themselves already; therefore, Satan, thou art non-suited; they accusations come too late.”[11]

To confess sin is to agree with God and his word regarding disobedience. Apart from a confession of sin, there can be no forgiveness of sin. The Apostle John puts it more forcibly when he says that a failure to confess sin is to call God a liar (1 Jn. 1:10).

The fourth ingredient of true repentance is “shame for sin.”[12] Watson goes on to say, “every sin makes us guilty and guilt usually breeds shame.”[13] This type of shame is produced by the Holy Spirit and only comes from a person who understands the sinfulness of sin and the treason committed against the Creator of the cosmos. Watson goes on to say, “If Christ’s blood were not at the sinner’s heart, there would not so much blood come in the face.”[14]

When counseling someone struggling with sexual sin, the repentant should display this particular ingredient understanding that sexual sin has no place in the life of God’s elect. Without the ingredient of shame, it is impossible to have the remaining two ingredients.

The fifth ingredient is a God-honoring “hatred for sin.”[15] As people enslaved to sexual sin and pornography repent, they will find a renewed hatred for the sin once cherished. They realize that what they were settling for was a cheap idol; a shallow well that leaves one continuously thirsty.

At this point, the posture of the repentant begins to shift and animosity is developed for the sin once loved. This is a complete work of the Holy Spirit and begins with a deep love for Christ.

Finally, the final ingredient of genuine repentance is “turning from sin.”[16] Watson describes this as a “perpetual fast”.[17] This action isn’t a one-time occurrence.  This is a lifelong discipline.  The believer set free from sexual sin must be watchful, vigorous and ruthless in his repentance.  Jesus reasserts this in Matthew 5:27-30:

Jesus is saying, “take sin extremely serious.” And then he does something amazing.  He offers himself so that the sexually broken can be obedient to his command to repent.