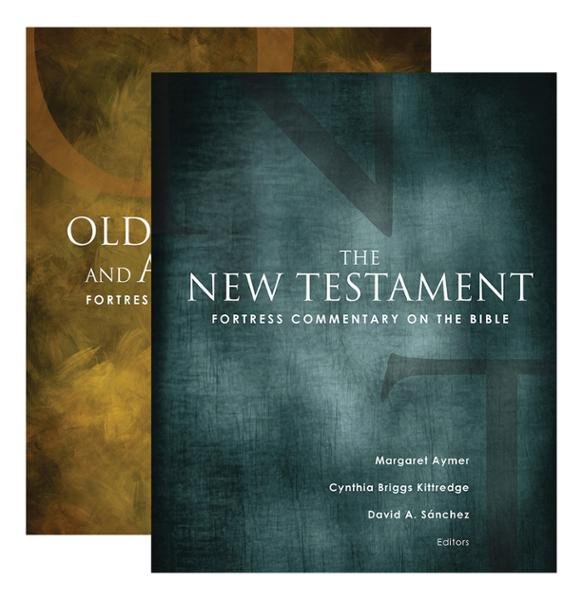 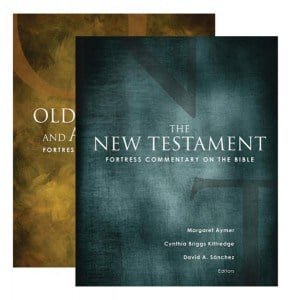 Let’s be honest. There are a multitude of commentaries on the market today to include multi-volume sets, one volume treatments of Scripture, and the approach of an Old and New Testament set. Thus, when a new commentary series, volume, or set comes on the market, it is always interesting to ascertain what this new entry has to offer that is different or for that matter the same as everything else available for purchase. Does the commentary provide a quick and simple overview or does it dig down deeper into the text, teasing out theological issues of importance that perhaps have been overlooked.

Fortress Press has recently released a commentary set that takes a look at the Old and New Testaments as well as the Apocrypha. For those not familiar with the Apocrypha, it is a collection of books written in the third to first century B.C. While not part of the Jewish Bible or most Protestant Bibles, they are part of the Roman Catholic canon and for that matter part of the Scriptures in some Orthodox churches.

There is much to enjoy in this two volume commentary set. The contributors to both volumes do an admirable job of explaining the main themes and issues of each section of Scripture. For instance, in the Old Testament commentary, there is a section that addresses the themes and perspectives of the Torah, the Historical Writings, Wisdom literature, and the Prophetic writings. As noted earlier, the Apocrypha is included as well in the Old Testament commentary and there is a helpful introduction to those books.

In the introduction to both volumes, it is noted that these commentaries seek “to provide students with diverse materials on the ways in which these texts have been interpreted through the course of history, as well as helping students understand the texts’ relevance for today’s globalized world. It recognizes the complexities that are involved with being an engaged reader of the Bible, providing a powerful tool for exploring the Bible’s multilayered meanings in both their ancient and modern contexts.” To that end, both volumes meet that stated goal as there is much information provided concerning each book of the Bible and the Apocrypha to include the various perspectives taken on the Scriptures on quite a number of important junctures.

There are some aspects of the commentary provided specifically in the Old Testament volume that I humble submit I found disagreement with, specifically in relation to the approach taken to the Genesis account as well as the support provided for the Documentary Hypothesis, heretofore noted as JEDP. It is stated that the Genesis creation account is “connected to the Babylonian myth the Enuma Elish and/or the battle between the Canaanite god Baal and Yam, each of which centers on order’s conquest of chaos.” Based on that belief, it is asserted that modern science cannot be found in Genesis nor can the text be utilized to address matters of a scientific nature. I would humble disagree that the Genesis creation account is specifically tied at all possible angles to addressing the Babylonian myth and thus has no relevant bearing on other issues. God provided us the how and why of creation, the how being related to matters of science and theology, and the why related to matters of theology to include the need to reveal that God is the Creator over and above the popular pagan religious myths of that time period.

Additionally, the support of JEDP or the position that Moses did not write the whole Torah is another point upon which I found disagreement. This concept is largely rooted in noting the different names for God used in various places in the Torah, those providing supposed support for multiple authors over an extended period of time far beyond that of Moses. This type of approach makes the claim that a single author could not have used different names or addressed varying issues within his same body of material. Many scholars have noted the difficulties in supporting the JEDP hypothesis. Thankfully, the section devoted to this approach is short and does not reveal itself too much later in the commentary.

Outside of those two points of disagreement, I found most of the commentary provided by the contributors to be helpful and devoted to engaging the text in a consistent manner. With any commentary, there is bound to be points of disagreement, especially in a set of volumes where many have contributed their thoughts and ideas. These volumes are no exception to that rule. Those who read these commentaries will find a great deal of valuable information to include the variety of thought presented by scholars through the years. Some may find the commentary and information to be a bit on the scholarly end of the spectrum; however, students and scholars are the intended audience.

I appreciated the inclusion of some rather lengthy bibliographies at the end of each section. It is always valuable to assess the material from which the contributors utilized. Additionally, having additional resources noted that one can dig into is always a helpful addition. If anything, these lengthy bibliographies provide and introduce to the reader material for which they may not be aware is available. For the voracious reader, such material is always welcome.

This is a commentary set I would recommend for the Bible College and Seminary student and for the more seasoned believer. The material provided in these commentaries is helpful and the contributors do a good job of presenting both the interpretive tradition as well as some contemporary application. With that said, this is a scholarly leaning commentary set, focused on digging into matters of society, history, linguistics, and interpretive tradition more so than everyday application of the text. Even so, this is a commentary set worth wading into as there is much to glean from its pages.

These books are available for purchase from Fortress Press by clicking here.

I received these books for free from Fortress Press for this review. I was not required to write a positive review. The opinions I have expressed are my own. I am disclosing this in accordance with the Federal Trade Commission’s 16 CFR, Part 255 : “Guides Concerning the Use of Endorsements and Testimonials in Advertising.”