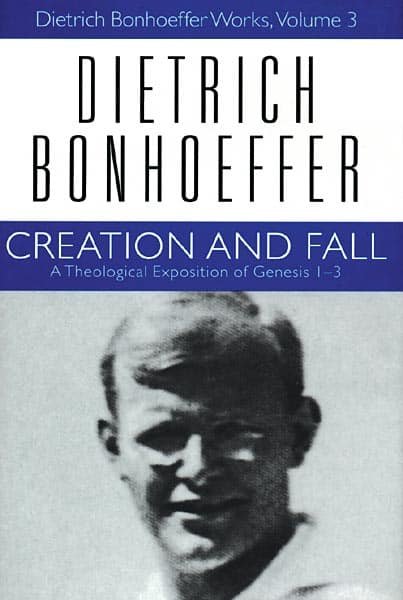 Creation and Fall: A Theological Exposition of Genesis 1-3

It goes without saying that if one does not grasp the events at the beginning of a book, what transpires from that point forward will either not make sense, will be greatly misunderstood, or a terrifying combination of both. When it comes to understanding and applying the grand message of Scripture, namely the message of salvation and redemption displayed throughout, it is thus vital to understand why salvation and redemption is required. Thus, when it comes to Genesis 1-3, it is a must to properly read and apply what the movement from perfection to sin is all about and how that ties into the follow on story found in Scripture of how God is moving all things in His divine plan towards restoration for those who are His. Dietrich Bonhoeffer, in his excellent book Creation and Fall: A Theological Exposition of Genesis 1-3, takes the reader through a needed journey concerning this foundational biblical subject matter.

For those who may not be familiar with Dietrich Bonhoeffer, he was an important figure within the Confessing Church in Germany during the time of the Nazi regime of the 1930s. His better known works include titles such as The Cost of Discipleship and Ethics. Creation and Fall stands tall as one of Bonhoeffer’s most important works.

Bonhoeffer rightly begins his discussion with an analysis of what this term beginning is all about. He comments “the Bible begins with the free confirmation, attestation, or revelation of God by God.” This means that Scripture begins with the assumption and declaration that God is Creator and all things derive from Him and are for Him. Furthermore, the importance of what Genesis 1:1-2 stresses is noted by Bonhoeffer in his statement, “This word, spoken and heard as a human word, is the form of a servant in which form the beginning God encounters us and in which alone God wills to be found.” This stresses the reality that we can trust what Scripture says about origins in the manner in which it states the universe was made because it is provided to us by God in His word. The Creator is sharing with us the why and how of His creative acts in the beginning. In an age that treats Genesis as a mere fairly tale that falls short against the tide of science, it is helpful to be reminded as Bonhoeffer so aptly does that Scripture can be trusted on matters of origins.

The next topic Bonhoeffer tackles is the reality that when God spoke, things happened. In the creation account we do not see long ages of evolution taking places with the universe struggling to form itself through a process of mutations or death and decay. Moreover, God did not need nor did He use evolution in His creative efforts. Bonhoeffer saliently notes, “God speaks and by speaking creates…The word summons that which comes to be out of nonbeing, so that it may be.” In other words, God created via creation ex nihilo.

As a staunch Young Earth Creationist and a firm believer in six literal days of creation, I do have to take some issue with Bonhoeffer’s declaration that the days of Genesis, while possibly being in actuality six literal days, are not something of great importance as they are in essence not something we should take to mean “as periods of time that one could just count up; instead what is being taught of is the power of the day, which alone makes the physical day what it is: the natural dialectic of creation.” I would have hoped Bonhoeffer would have interacted with Exodus 20:11 and 31:17, two passages that clearly note the creation by God of all things in a six day span with those six days being connected to the six days of work and one day of rest as being a requirement for the people of Israel, based on God’s own actions noted in Genesis 1.

The other area of this book that I looked forward to reading Bonhoeffer’s thoughts on concerns the fall of man found in Genesis 3. With the recent surge of some theologians treating Adam and Eve as mere symbols and the urge by some to aver death before sin, I was understandably curious what Bonhoeffer would state on such issues. He certainly affirms Adam and Eve as actual human beings who actually sinned. I fully appreciated how Bohoeffer defines the fall. He correctly notes “It is rebellion, the creature’s stepping outside of the creature’s only possible attitude, the creature’s becoming creator, the destruction of creatureliness, a defection, a falling away from being safely held as a creature.” This falling away leads to the true beauty found in Scripture, namely the promise of redemption and restoration which Bonhoeffer declares to be the true issue that must be discussed when speaking of the problem of evil. He correctly couches this discussion in the reality that “The theological question is not a question about the origin of evil but one about the actual overcoming of evil on the cross; it seeks the real forgiveness of guilt and the reconciliation of the fallen world.”

Thankfully, God poured out His grace upon humanity in accordance with His divine plan of redemption established before the foundation of the world. Due to the sin of Adam, we must live in a fallen world. Bonhoeffer clearly notes that is the curse God declared following that sinful act by Adam. He correctly states “Fallen Adam lives on his way to death” in keeping with God’s promise that “dying you shall die.” That is of course not the end of the story. Along with that curse, God provided a promise, one of redemption and restoration through Christ. A symbol of that future covering of sin at the cross is found when God fashioned clothing for Adam and Eve. That act according to Bonhoeffer reveals “God’s new action with humankind is to uphold and preserve humankind in its fallen world, in its fallen orders, for death – for the resurrection, for the new creation, for Christ.” It is this movement that the remainder of Scripture reveals.

I highly recommend Creation and Fall by Dietrich Bonhoeffer as a valuable overview of creation, the fall, and the promise of redemption. While I have a few quibbles with some positions Bonhoeffer takes on things such as the days of creation, they are extremely minor points of disagreement that do not impact the overall excellent truth Bonhoeffer shares with the reader throughout this book.