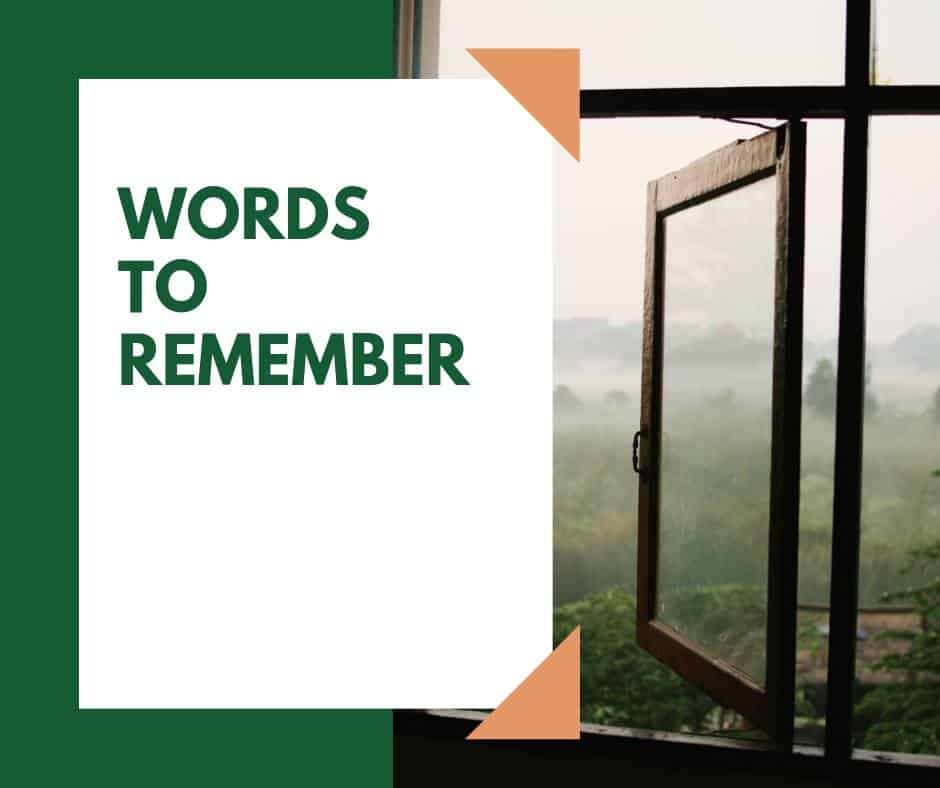 At the Still Point of Our Turning World

Today’s day-and-age brings many opportunities, platforms, and mediums in which to write. In an online culture that defines quality by quantity—by the sheer number of clicks—I often feel tempted to sell myself out as a writer to have success.

Maybe other Christian writers feel this way too. When I write, I find myself wanting to cover new ground. To say something that hasn’t been said before. To write in such a clever, unabashed, or controversial way that readers won’t be able to help but read me and share it with others. I also feel compelled to write on topics for which I have zero insight or expertise, simply because everyone else is talking about them.

I have written controversial things before. I have tried my hand at covering new ground. Even when they were successful, these times brought me only anxiety, self-doubt, and regret repressed by pride.

What is there for me to focus my words on that will not cause me all this anxiety? The Bible says it is Jesus Christ, and a half-sentence from the modernist poet T. S. Eliot helped me see this truth in a new way.

You don’t have to spend very much time with me before you discover my love for literature. The era I studied the most while in school was modernism. By which I mean (generally) the poets, short story writers, and novelists working in the UK and US between the 1890s and the 1920s.

Modernism was a time of rising new ideologies, new technologies, and new modes of expression. As a result, the creative world was largely skeptical and discontent with “outdated” ideas like tradition, faith, and objective truth. People put their trust in creativity and innovation, thinking art would save the world.

But, when they left behind stability and meaning, they naturally moved toward skepticism and anxiety. Consider these lines from T. S. Eliot’s 1915 poem, “The Love Song of J. Alfred Prufrock:”

“And would it have been worth it, after all,

to say: “I am Lazarus, come from the dead,

There’s a lack of passion, lack of confidence, and an overwhelming sense of anxiety here. Would they believe what awaited them on the other side of death? Eliot was not confident he himself would believe it. The idea of life after death just didn’t seem, well, modern.

Eliot later wrote a very famous poem, one that would act as the spokesperson for all of modernism. In the 1922 poem, The Waste Land, Eliot had moved from self-doubt to despair. Given all the violence and brokenness in the world after World War I, he felt any attempt at redemptive meaning was no more effective than mere “fragments…shored against… ruins.”

In other words—too little, too late.

Modernism morphed into post-modernism. Literature turned into a cacophony of voices speaking up only to say that the world was in pieces. Many writers who once believed in art’s ability to redeem humanity now took a bleak outlook on life. In leaving faith behind them, these writers lost the “sure and steady anchor of the soul” (Hebrews 6:19) and became vulnerable to despair.

As Eliot got older, however, he would embrace that anchor, and in doing so he brought comfort, stability, and meaning back to his writing.

At The Still Point of The Turning World

I was a high school student, sitting in a late morning church service, when I heard a line I would never forget. The pastor said, “…as poet T.S. Eliot calls Jesus, ‘The still point of the turning world.’”

This line comes from Eliot’s poem, “Little Gidding,” which is the fourth and final installment of his Four Quartets. Eliot wrote these lines during World War II, a war where he volunteered for the night shift to watch for bombs falling in the London sky. His city was in complete disarray, the world as he knew it was falling apart, and yet he writes about stillness.

At the time, I had no idea what poem it came from or what it meant in context, but the image was all I needed. I saw the world, as if I were in space, constantly turning with a line cutting through the middle of it—never moving, always stable.

The Peace of Steadfastness

1 Corinthians 15:58, “Therefore, my beloved brothers, be steadfast, immovable, always abounding in the work of the Lord, knowing that in the Lord your labor is not in vain.”

The world will tell us to always be chasing newness, promising that it is the way to a fruitful career—particularly in writing. But Paul calls us to a different kind of success in 1 Corinthians. He says we are to be “steadfast, immovable.” He says that this is the way to abound.

When we root our writing, or our lives in general, into anything other than Jesus Christ as revealed in the Word of God, then we open ourselves up to the “turning world.” We become a part of it—we get tossed around by it. Or, to use the language of Colossians 1:23, we shift from the hope of the gospel.

When we live, and when we write, we are always serving something or someone. I once saw a poster in a coffee shop that read, “Build your own kingdom—or you’ll find yourself building someone else’s.” Although I disagree with the advice, the sign confirms biblical wisdom which tells us we are always building a kingdom for someone.

Consider how tiresome it is to strive after building your own kingdom! Where will you find the motivation to keep working when you read others’ who seem to write better than you? Where will your comfort be when no one reads your words? Writers are predictable: Your passions will ebb and flow, your confidence will grow and shrink, your skill will strengthen and fade.

But if you serve the living Lord Jesus Christ, if your mind “is stayed on him,” you will be kept in “perfect peace” (Isaiah 26:3). 2 Thessalonians 3:5 reminds us of the “steadfastness of Christ,” and that is ours too if we are in him. Why is this? When we read other writers who have greater skill, we can rejoice in their God-given ability to glorify him! When no one else reads our words, we can rest in knowing God still takes pleasure in them.

Writing can be a whirlwind of an activity, and God’s Word provides us with refuge. I promise you this, when things are chaotic, inside your soul or outside in the world, you will never regret choosing to stand by and subject yourself to the still point, the sure and steady anchor, Jesus Christ.

Davis Wetherell (MA in English, Marquette University) is a writer and editor. He currently works at Crossway as a Bible proofreader. He previously taught college classes on literature, rhetoric, and composition. Davis has a heart for writers and loves to serve them. You can read more from Davis at daviswetherell.blog.