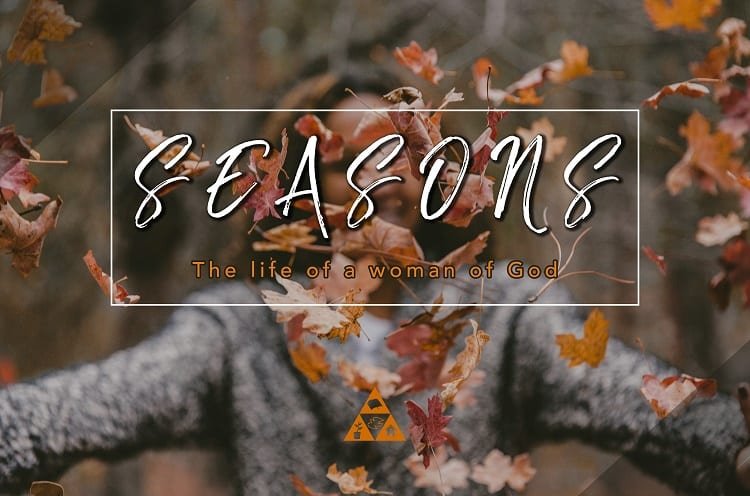 Some years ago, I received an email from my much younger female boss, announcing with great enthusiasm she would be meeting with each of us individually to “mentor us in our roles at work as well as disciple us in the Lord.”

Humph. I was a Christian nurse before she was born. Did she not understand that Titus 2 instructs older women to do the teaching? Her title clearly had gone to her head. If there was one thing that annoyed me, it was arrogance. I sent her a snarky reply which she rightly ignored.

I didn’t like the way she managed, and I raised my concerns often. Instead of taking my counsel, she would send me a reply defending her actions. She clearly wasn’t teachable, and I grew more annoyed, so much so I changed jobs, which by the way didn’t eliminate the problem.

A funny thing happens as you grow older—unless you live under a rock—the number of younger people you live, work and care for increases. Since leaving that job, I’ve served under 8 other younger women. It didn’t take me long to recognize a hard reality: Just as surely as we older women can teach younger women what is good, they, in turn, will be educating us.

There are presently many discussions and a plethora of books about what women’s ministry ought to look like, and how to form mentoring relationships. It’s not a novel concept that instruction in a mentoring relationship can go both ways. But have we fleshed out the notion in specifics? The following in this article are some of my thoughts on this topic.

The Benefit of Two-Way Teaching

My own daughter, Anna, at the tender age of twenty was the first person to break it to me that her generation had insights that my generation might find helpful.  In an article addressed to mothers of adult women, she writes:

“While you are busy sharing your wisdom, remember there is much we can teach you too. That dress you paid too much for? It looks just like the outdated one you already have in your closet. You may know a lot about dressing modestly, but we know something about fashion. If we pool our knowledge, we both might end up looking better. Seriously, though, asking our opinion on what may seem incidental shows us you value our thoughts and think we’re smart. As we grow into adult shoes, asking our opinion helps us call you friend as well as mother.”

Her words helped me recall a passage in Ecclesiastes 4:9-12:

“Two are better than one, because they have a good reward for their toil.  For if they fall, one will lift up his fellow. But woe to him who is alone when he falls and has not another to lift him up! Again, if two lie together, they keep warm, but how can one keep warm alone? And though a man might prevail against one who is alone, two will withstand him—a threefold cord is not quickly broken.”

I’ve taken my daughter’s concerns to heart in our relationship. So much so she now confidently speaks into my life when it’s necessary, and in more matters than just fashion. It takes a certain level of humility to receive insight from another, especially when she is younger than you. I’ve grown to understand my daughter’s instructions are not a reflection of my incompetence but that such knowledge releases me to hear her without becoming defensive.

A Bigger Lesson yet to Learn

The Lord in his mercy had greater lessons still for me to learn. It is one thing to appreciate and benefit from a younger person’s insight, but quite another to find oneself dire need of her instruction.

Three years ago, I attended a writer’s course for WORLD magazine. Having recently buried my husband, it took the last drop of courage I had to board a plane for Austin, Texas. I wasn’t really keen on navigating the unfamiliar streets of Austin in a rental car, but I didn’t let that minor worry stop me. I boarded the plane and prayed.

As soon as I arrived at the Austin airport, I connected with two other fellow WORLD students. Both were in their twenties. At the time, the youngest, Anna Poole, wasn’t old enough to rent a car.

“Maria Baer scoffed. “Traffic? What traffic? I live in Phoenix. This is nothing. Give me those keys.”

We laughed all the way to Starbucks, an emergency stop for both women. As they sipped on their caffeinated addictions, they both turned to me.

“I read your story about your husband,” Anna said. “Brought tears to my eyes.” She squeezed my hand. “I am so glad you’re here with us.”

I smiled, and we talked more before heading to class. I couldn’t help but see them as daughters. They were just a few years older than mine.

Once in class, the instructor, Marvin Olasky, said, “We’ll be using Google Docs.”

My eyes grew wide. “Google who?” Google Docs was an entirely new term to me, and I struggled to navigate the program. I wasn’t alone. On Day 2, Olasky announced one student (one close to my age) had decided to bow out of the course. I didn’t want to follow.

Maria leaned over and pointed to an icon on my computer screen. “This is what helps me,” she said with a smile, “you got this.” From time to time she’d glance over at just the right time and nudge me along the Google Docs highway.

Recently I’ve made another career change, moving from bedside nursing to case management. The two other counterparts on my team? Twenty-somethings. Their reputation for getting the job done was well known throughout the department. Fortunately for them, I now understand the two-way nature of mentoring younger women.

Titus 2 exhorts older women to “teach what is good teach what is good . . . that the word of God may not be reviled.” I can’t help but think that had I exhibited more humility toward a boss who sought to disciple me I might, in turn, have found her far more “teachable.” After all, 1 Peter 5:5 teaches, “Likewise, you who are younger, be subject to the elders. Clothe yourselves, all of you, with humility toward one another, for “God opposes the proud but gives grace to the humble.”