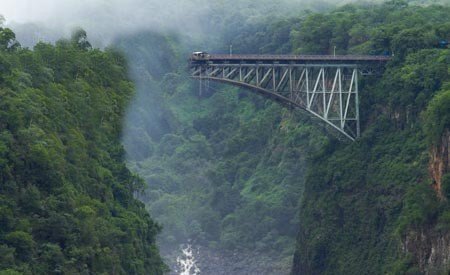 Why Justification by Faith Alone is Necessary for Good Works

“Justification by faith alone frees me to love my neighbor disinterestedly, for his or her own sake, as my sister or brother, not as the calculated means to my own desired ends,” writes Timothy George describing the reason why the traditional Protestant doctrine of justification by faith alone encourages rather than discourages good works.[1] The freedom to love “disinterestedly” does not, of course, mean that we should not seek joy in loving others, but (as the rest of the sentence shows) that we do not have to love our neighbors in order to meet our own needs. Rather, we are free to love them without ulterior motives and simply for the sake of the joy we find in their welfare, to the glory of God.

In other words, if we had to love our neighbor in order to be justified, then we could not genuinely love our neighbor because we would not be free to love him/her for his/her own sake. Rather, we would have to “use” our neighbors as a means toward securing our own ultimate fulfillment (i.e., eternal salvation)—which would hardly be the love God calls forth from us in passages like Matthew 22:37-40.[2] But if we are justified apart from good works (such as loving our neighbor), then “we are free ‘to be Christ’s unto one another,’ to expend ourselves on behalf of one another, even as Christ also loved us and gave Himself for us.”[3] Consequently, the only way to truly obey God’s command to love our neighbor, ironically, is to realize that our obedience is not necessary in order to be justified.[4]

The traditional Protestant doctrine of justification safeguards genuine love among the people of God. And this is because, at its deepest level, the doctrine of justification is the foundation of our relationship to God. John Calvin expressed this well when he wrote that “unless you, first of all, grasp what your relationship to God is, and the nature of his judgment concerning you, you have neither a foundation on which to establish your salvation nor one on which to build piety toward God.”

It is a very serious matter, therefore, that many modern scholars argue that the Reformers have misunderstood the doctrine of justification at a fundamental level. If these modern scholars are right, then traditional Protestants have built their love for neighbor and relationship with God on a false foundation. But if these scholars are wrong, then their own work is serving to undermine and even destroy the foundation of genuine love for people and a secure relationship with God.

[1] Timothy George, Theology of the Reformers (Nashville, TN: Broadman & Holman Publishers, 1988), 73. George is speaking primarily of Luther’s doctrine in the immediate context; however, because of the fundamental continuity on the doctrine of justification among Luther, the other Reformers, and traditional Protestantism up to the present day, his statement applies to and concerns the traditional Protestant doctrine as well.

[2] To use Dr. Daniel Fuller’s helpful terminology, love for our neighbor would come perilously close to taking the form of need love rather than benevolent love if loving our neighbor was, in fact, necessary to be justified (i.e., to have a right to eternal satisfaction in God).

[4] This might partially explain why Paul thinks that understanding justification by faith alone spurs us on to good deeds. For example, after expounding justification by faith alone (along with some other doctrines) in Titus 3:1-7, he then writes, “concerning these things I want you to speak confidently, so that those who have believed God may be careful to engage in good deeds.”