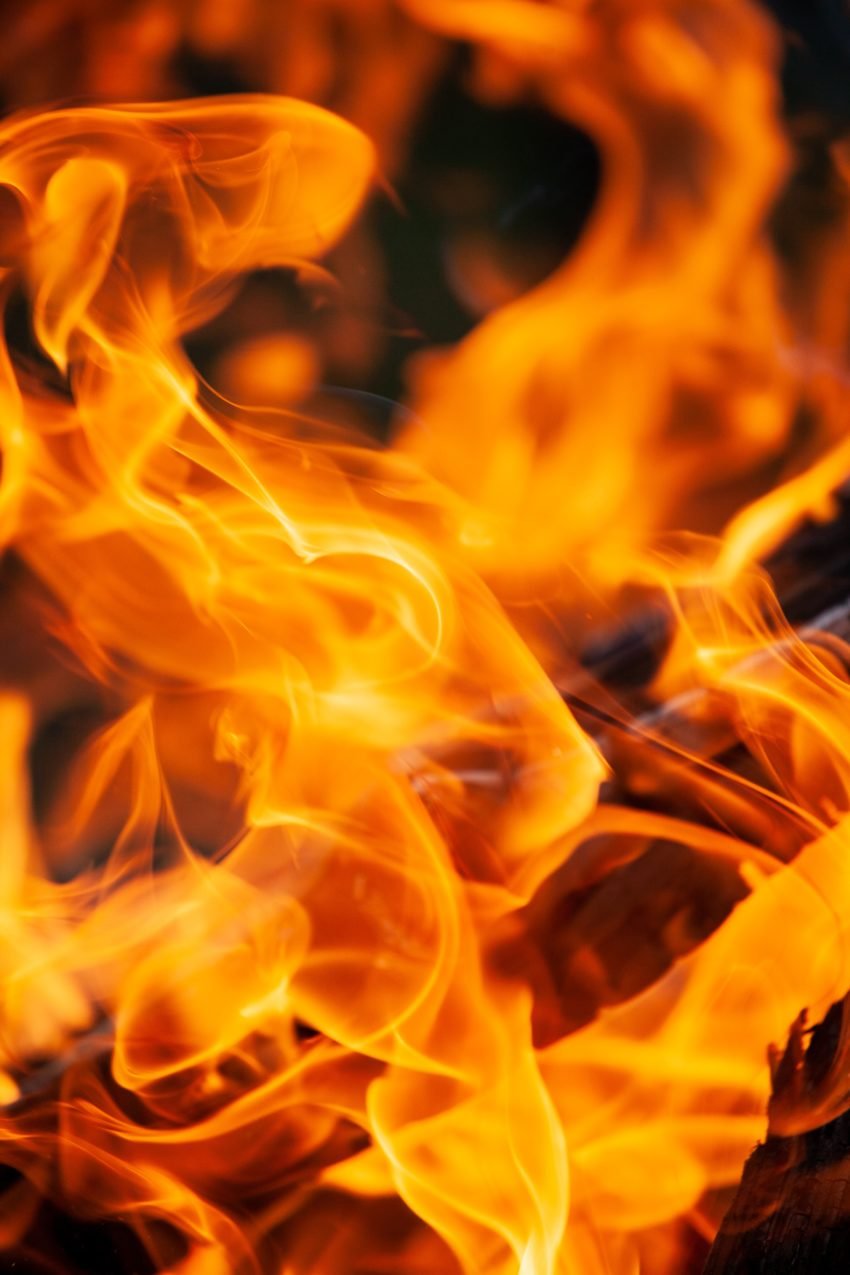 Scripture provides vivid warnings of judgment and eternal hell for those who don’t repent and believe in Christ. Such warnings occur throughout the Bible and in Jesus’ earthly teaching. In Revelation 14, those who reject Christ and instead worship the beast “will be tormented with fire and sulfur…and the smoke of their torment goes up forever and ever, and they have no rest, day or night…” (vv. 10-11).

Every once in a while, I’ll burn myself while ironing my clothes. A careless movement leads to my skin coming in direct contact with the scalding metal. A millisecond of touching such heat brings about much discomfort and pain. The pain is so intense that my brain reacts and pulls my hand back quickly before I have a moment to realize what’s going on.

So, when Scripture talks about the realities of hell, it almost seems too much to bear. Burning, stinking sulfur tormenting forever and ever with no rest or reprieve. I can’t imagine keeping just my finger on an iron for more than a few seconds, so complete torment with no end is absolutely unimaginable to me.

Is such punishment too extreme? Does my selfishness or pride really deserve such treatment? How can God be loving and send someone to hell?

No matter a person’s beliefs or religious affiliation, we all recognize the need for justice. When a crime is committed, there must be a penalty. Not only must there be a penalty, but the penalty must be proportionate to the crime committed.

If a serial thief receives a one-year jail sentence, that might seem like a fitting punishment. However, if a serial murderer received a one-year sentence, most would feel like justice wasn’t done. Burglary and murder are both illegal, but the demands for justice are different because of the different nature of the crimes. If a judge or jury were to let a crime go unpunished, most of us would sense a violation of justice if a person is religious or not.

God’s laws are good and right, and it is always good for man when we obey them. When we disobey, we rob God of the glory due to his name and essentially tell him we know better than he does. No matter how “small” it may seem, every sin is an act of cosmic treason against Almighty God. The more we know and interact with a holy God, the more we recognize the repulsive nature of all sin. The only just punishment for crimes against our eternal Creator is eternal punishment.

Hell is just even if we merely committed one sin. However, if we are all honest, we are certainly guilty of more than one sin over the course of our lives. One act of treason against God is worthy of hell, and how many times have we sinned just this week? Think of the wrath of God our sin has stirred up this past month alone. If one sin is deserving of hell, then a lifetime of sin is certainly deserving of it as well.

Are Wrath and Love Compatible?

Some argue that if God were truly loving, he wouldn’t be capable of such wrath. We’ve seemed to buy into an idea that love and wrath are incompatible, but what if the opposite is actually true? It is because God is love that he has such wrath against sin. If he were less loving, then his wrath would diminish as well.

This seems counter-intuitive so let’s examine it further. Imagine you found out that your friend’s spouse is cheating on her. Although you don’t want to, you feel it your duty to tell her the truth, so you set up a time to have a talk. Nervously, you sit down and try to find a way to break the bad news. You fumble for words but finally get them out. However, instead of anger or frustration or hurt, your friend shrugs her shoulders and says, “It’s ok, not a big deal.”

You were expecting anger or painful tears; instead, you see indifference. What would be your first thought? Probably something along the lines of “Don’t you care?”

We would attribute the lack of anger with a lack of love. If she loved him, there would be wrath at such betrayal. But, if there is no love, there is no wrath.

We can apply this in many ways and see how love and wrath often go together, even in our human relationships.

I live off a state highway in which many log trucks zoom by at 70mph all throughout the day. If you told me my kids were playing on the road when we’ve told them not to go near it, then such news would stir up wrath, not because I hate my kids but because I love them. If you told me there was a squirrel in the road, I would respond with indifference (and probably wonder why you are even telling me).

J.I. Packer argues that God’s wrath “is righteous anger—the right reaction of moral perfection in the Creator towards moral perversity in the creature. So far from the manifestation of God’s wrath in punishing sin being morally doubtful, the things that would be morally doubtful would be for Him not to show His wrath in this way. God is not just…unless He inflicts upon all sin and wrongdoing the penalty it deserves.”¹

If God is just and loving, then hell is necessary where there has been transgression. A God who loves is a God whose wrath is stirred against sin. A just God demands a just punishment, and the penalty for such cosmic treason against Almighty God is eternal.

However, the good news of the gospel is that even though eternal punishment is what we ALL deserve, God has provided salvation. Christ came and took the penalty for sin, and he bore the punishment on our behalf on the cross. Those who repent and believe in Christ, calling on him as the only hope of salvation, are COMPLETELY forgiven. Those who are forgiven are restored back to relationship with God, and when they die, they will not need to bear the penalty for their sin and will instead dwell with God forever.

If there were no hell, there would be no need for salvation. If sin didn’t separate us from a holy God, then we wouldn’t need the gospel. The testimony of Scripture undeniably points us to such realities. We lack the ability to atone for ourselves, thus our need for an external deliverance. But, thanks be to God us gives us the victory through our Lord Jesus Christ!