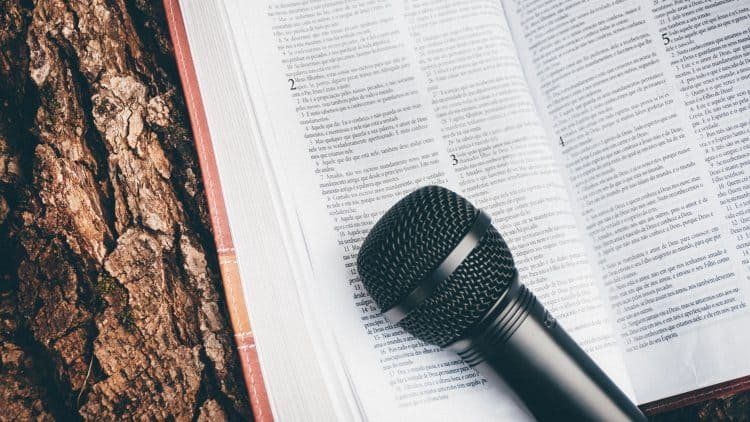 A Plethora of Prosperity

Do you remember that song in 2009 by Toby Keith called I Wanna Talk About Me? The song title gives away the lyrics, “I wanna talk about me, I wanna talk my, I wanna talk about number 1 oh my me my…” and on and one it goes. Though this song is thrown into the context of a selfish relationship he has, the words of this song echo through our culture. The most popular religion in the world is idolatry, namely, idolatry. I want to talk about me, what good there is for me; please me, speak well of me, make me be the object of the sermon. Our good desire to praise implodes on our sinful desire to be praised. Judas sold him for thirty, we sell him for less — and it’s usually a few more smiles and a few less ‘awkward’ moments from the world. In the book of 2 Chronicles, we read the account of the faithful prophet Micaiah who delivers the unbelievably heavy words given to him by the Lord to the king of Israel; and this king “hate[s] him, for he never prophesies good concerning me…” (2 Chronicles 18:7).

Faithful to the Word

In 2 Chronicles 18, the king of Judah (Ahab) and the king of Israel (Jehoshaphat) form an alliance. Before they decide to make war and to gather their armies as one, they inquire of “the Prophets” that numbered at “four hundred men” to see what the Lord has revealed concerning their battle. can you guess what these four hundred prophets said?  “Go up, for God will give it into the hand of the king (18:5). Go up! But before following the word of the prophets, Jehoshaphat wants to inquire of “another prophet of the Lord,” but Ahab must have internally and audibly groaned in saying, “There is yet one man…Micaiah…but I hate him, for he never prophesies good concerning me, but always evil” (18:7). While they send for Micaiah, the kings are sitting on their thrones and enjoying more lip service from these so-called prophets.

Enter Micaiah. Hear the words of the summons: “Let you word be like the word of one of them, and speak favorably.” Feel the pressure? Do you know this pressure? 400 to 1. Two rulers of nations. Micaiah’s heart must have been beating through his chest.And what is his response to this summons by a messenger?  “But Micaiah said, ‘As the Lord lives, what my God says, that I will speak'” (18:13).Selah. Pause. Think about it. As the Lord lives, I will speak what he says. Forever faithful to the Scriptures. Or, as Luther said it, captive to the word of God.

Following the storyline, here are three characteristics of faithful preachers:

Micaiah’s invisibility in the midst of wolves is because he saw the Lord.  “And Micaiah said, ‘Therefore, hear the word of the Lord: I saw the Lord sitting on his throne…'” (18:18). His fierce dedication to the word of the Lord comes from seeing him. How could Isaiah preach to those who would keep hearing but not hear and who would see but not perceive?  Because “I saw the Lord” (Isaiah 6:1). Beholding precedes preaching. Have the eyes of your heart seen the preciousness of Christ? Have you seen the nails upon his hands? The more you revel and read and pray through the Scriptures by God’s grace the more light he will bring. You are what you eat, pastor. And know this earth-shattering truth: the Lord who is high and lifted up (Isaiah 6:1) will also, in his infinite glory, “look” at the one “who is humble and contrite in spirit and trembles at my word” (Isaiah 66:2). The eyes of eternal holiness see all things, but in love and adoration, the Lord looks to those who tremble after seeing him in his word.

There is a reason why Jonathan Edward’s sermon Sinners in the Hands of an Angry God is despised amongst many, many Christians. We don’t see or hear the “whole counsel of God” (Acts 20:27). How many sermons have you heard on Psalm 5, or the chapter where angels fear to tread of Romans 9? We shrink back from Edwards because Psalm 5:5 isn’t on a greeting card. Does this mean we must, like Micaiah, speak that “the Lord has declared disaster concerning you” each time we preach (18:22)? No, but what it does mean is you follow the text. Preach the love of God of John 3:16 alongside the wrath of God in John 3:18. Faithful preaching isn’t smuggling into a text; faithful preaching flows from  text. No matter the commands, the judgments, or the depth of the text that is in front of you and your congregation, they need to hear it.

After this episode, Micaiah is thrown into prison and fed meager rations (18:25-26). As martyr Anthony Parsons said to his companions before they were set ablaze in England in the 1500’s for preaching the gospel, “Cheer up my brothers, and lift up your hearts to God, for after this harsh breakfast we shall have a good dinner in the kingdom of Christ our Lord and Redeemer.” Take heed lest you fall: the Hall of Faith chapter of Hebrews 11 tells of men who stopped the mouths of lions — and history tells us many were fed to the lions for the same faith. Faithful preaching finds soul-satisfaction in the heralding of the gospel and in nothing less. Endure in sound preaching week after week. When it comes to walking through book after book, verse after verse, it may at times appear to feel it isn’t ‘working.’ But as the Lord sends out his word, it never returns empty; God gives the growth, the Spirit and the word bring about spiritual life. Rest assured, your faithful preaching receives its “praise not from man, but from God” (Romans 2:29).

1 Corinthians 15:58, “Therefore, my beloved brothers, be steadfast, immovable, always abounding in the work of the Lord, knowing that in the Lord your labor is not in vain.” 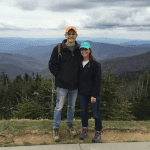 My name is Cale Fauver. According to his great mercy, God made me alive together with Christ when I was 12 years old at Hume Lake Winter Camp in Southern California. Since then, I have served as a student pastor for 4 years in Southern Illinois and currently I am a pastoral resident at Christ Church Carbondale (IL). I am also finishing my undergrad at Spurgeon College and I’m happily married to my wife Kelly and father to my son, Jude.