I recently interviewed Dan Phillips. I’ve read his blogs for years. His wisdom is much appreciated, and I encourage readers to take his answers to heart.

Dan Phillips (MDiv, Talbot Theological Seminary) has served as pastor in four churches and has taught seminary and college classes in New Testament studies, Hebrew, and Old Testament theology. He has preached and presented seminars on Proverbs, the Sovereignty of God, and Messiah in the Old Testament. Dan has also written biblical newspaper columns and tracts, and hosted a radio talk show. With an ongoing conference and pulpit ministry, Dan is most broadly known for his writing on the Pyromaniacs blog, with Phil Johnson and Frank Turk (http://teampyro.blogspot.com), and at his own blog, Biblical Christianity (http://bibchr.blogspot.com). Dan lives in Sacramento with his amazing wife, Valerie. They have four children and around five cats.

1. If you could pinpoint the main problem with evangelicalism today, what would it be and why?

Since that word is so often misused, and it would be easy to misunderstand what I mean, let me unpack what I am saying. I mean that God tells us a great deal in the Bible, and professed evangelicals don’t really believe it. God tells us we are lost and hopeless and comprehensively ruined by sin, but we don’t think we’re really that bad off. God tells us that He is brilliantly holy and righteous, and may be approached only on His terms, yet we think we can negotiate. God tells us that His word is living, powerful and sufficient, yet we think we need to improve on it and pep up our presentations with other things that sideline the Word. We give pulpit time to things other than the warm, truthful, passionate exposition of His Word. God tells us that the Gospel must be preached purely and grasped resolutely, but we think we can barter off the unpopular bits. God tells us Christ is the celebrity of the universe, but we have others (or “re-envisioned” Christs) we find more congenial. That, and more.

So, what is the one word that sums up the state of affairs that obtains when God tells us something, but we do not really embrace, stand on, and respond to His words with trust and obedience?

2. What is the answer to this problem?

Trust, and obey. There is no other way.

If we did that, pulpits and churches and Christians and our national witness would change radically and abruptly and decisively. Some pastors and authors would find themselves without audiences or readers, and others laboring faithfully and anonymously in tiny little churches would find themselves in need of training apprentices and planting churches. American Christianity would become unrecognizable.

3. What resources would you recommend to help Christians answer this problem?

Well, to go for the obvious answer first: the Bible. Read it, study it; believe it, do it. Preach it. Only go to churches that preach it regularly, systematically, emphatically. Insist on it. Settle for nothing less and nothing else.

Also, I think David Wells’ books do a terrific job of analyzing the problem, and they point the way to the solution.

Pastors might well find help and encouragement in reading Charles Spurgeon — his autobiography, or his books to pastors such as An All-round Ministry or Lectures to My Students. He has his own faults, but where Spurgeon is a great tonic is in his robust disdain for fads and fashions, and his reverence for and unshakable confidence in the timeless truths of the Word. Modern pastors need a good bracing dose of that.

And note what has happened with Spurgeon: by taking no concern for being timely or topical, he produced sermons still being read well over a century after his homegoing. Spurgeon told the story of a protesting Scottish pastor who asked if his fellows were preaching to the times. They boasted that they did. He replied: “Well, then, if there are so many of you who preach for the times, you may well allow one poor brother to preach for eternity.”

Which is what Spurgeon did, and to lasting effect. I read a portion from Spurgeon  last night in our family Advent reading, and everyone from Jonathan (12) to me was remarking at how vitally Spurgeon reached each of us in his preaching of Christ.

4. Tell us about your two books: The World-tilting Gospel: Embracing a Biblical Worldview and Hanging on Tight and God’s Wisdom in Proverbs.

As to The World-Tilting Gospel: This book is an example of my putting my shoulder to the task that Wells and many others have called for, for decades. Struck by the truth of Wells’ observation that there is a reason why the Bible does not start with John 3:16, but with Genesis 1:1, I start right there in framing and preaching the Gospel. It is my conviction that the problems we lamented earlier grow in part from unconverted, or poorly-converted, Christians.

Real conversion is the result of the death-match collision of two antithetically-opposed worldviews: that of the world, and that of the Kingdom of God. For the Kingdom of God to capture us, we must first see both God’s transcendent glorious holiness and our calamitous ruin in sin. So the book starts with the creation of the universe and the creation of man, then traces history through the fall of Adam, and the wreckage in which that rebellion placed us all. Then we study the Biblical tale of God’s eternal plan of redemption, from the earliest chapters of Genesis on through the Old and New Testaments.

What I particularly aim to do is to lay out foundational Biblical truths such as depravity, election, redemption, propitiation, justification and sanctification. I do it straight from a barrage of Scriptures, with (as one reader said) “zero dumbing-down,” and yet in language that is reaching folks literally from eight to eighty-eight, from folks with high-school education to PhD’s. I am equally grateful for Lig Duncan and Rob Plummer and Jim Hamilton endorsing it, and for kids and teens and moms and dads and small-church pastors embracing it.

I am hoping that leaders with influence broader than mine, who have called for such a book for years, will soon discover what the others have already found in The World-Tilting Gospel. I hope they will commend it as being a useful tool for extending and deepening Gospel ministry, as many pastors (God bless them!) have told me they are doing.

God’s Wisdom in Proverbs grew out of decades of study and writing and teaching. My Master’s thesis was in Proverbs, and I have done seminars in the book as well as some writing at Pyro.

What the book does is to introduce readers to how to approach, read, understand and use Proverbs. Then it applies that approach in a series of subject-studies, including the fear of Yahweh, finding wisdom, relationships, marriage, and child-training. The appendices deal with terms for instruction in Proverbs, with a special study on Prov. 22:6, with the authorship of Proverbs, and with preaching and finding Christ in Proverbs.

It is an intermediate book between lighter subject-studies, and more technical textbooks. Readers recommended it for pastors, teachers, parents, students, singles, and basically all Christians. It features questions at the end of each chapter, to facilitate use in study groups. I hope to see the many folks who call for solid, Christ-centered, sound Old Testament exposition to discover the book and spread the word.

5. Tell us about your ministry plans for the future.

My job in IT support helps support my family, as I assist Valerie a bit in homeschooling our two sons still living at home. I also blog at Biblical Christianity and Pyromaniacs, and do preaching and conference speaking whenever I can. I would love for anyone who is interested in having me to preach or hold a conference to drop me a line at my email address. I would love to write more books, but whether any publisher wants to see my name on a proposal will depend on the success of these first two books.

Also, I have been looking for a way to get back into fulltime ministry of the Word of God. I have an opportunity or two that I’m investigating, and hope to be able to give myself to it soon.

Remember to check out Phillips’s books The World-tilting Gospel: Embracing a Biblical Worldview and Hanging on Tight and God’s Wisdom in Proverbs.  Also, check out his blogs Biblical Christianity and Pyromaniacs (with Phil Johnson and Frank Turk.)

Dan, thank you for taking the time to participate in this interview.  We look forward to seeing how the Lord uses your ministry to reveal His glory to the church and the world. 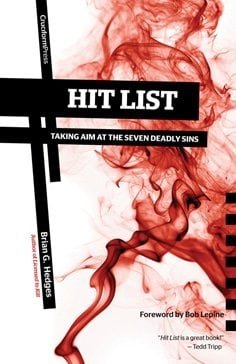 If you haven’t heard of Credo Magazine, then you’re missing out. I recently interviewed Matthew Barrett, founder and executive editor, concerning this wonderful free resource.  If you’re looking for a free, biblically sound, Gospel-centered resource from a...