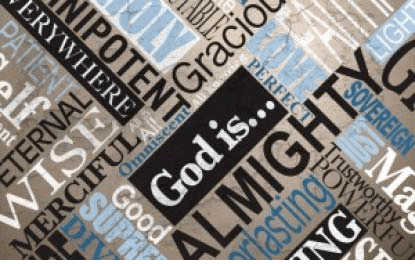 What Are the Incommunicable Attributes of God?

by Dave Jenkins | Jan 12, 2017 | The Doctrine of God: Eternal Creator and Redeemer, Featured

In the study of the doctrine of God, a primary concern is to develop an understanding of His attributes. In this article, we’ll look at specific characteristics of God, such as His Holiness, His immutability, and His infiniteness, to gain a coherent understanding of who He is.

By contrast, an incommunicable attribute is one that cannot be transferred. God’s incommunicable attributes therefore, cannot be attributes of human beings. Even God cannot communicate certain characteristics of His being to the creatures He has made. Sometimes theologians are asked whether it is possible for God to create another god, and the answer is no. If God were to create another god, the result would be a creature, which, by definition, would lack the necessary attributes that describe God, such as independence, eternality, and immutability.

The ultimate difference between God and other beings lies in the fact that creatures are derived, conditional, and dependent. However, God is not dependent. He has the power of being in and of Himself; He does not derive it from something else. This attribute is called God’s Aseity, from the Latin a sei, meaning “from oneself.”

Scripture tells us that in God “we live and move and have our being” (Acts 17:28), but nowhere are we told that God has His being in man. He has never needed us to survive or to be, and yet we cannot survive for an instant without the power of His being upholding our being. God created us, which means that from our first breath we are dependent upon Him for our very existence. What God creates, He also sustains and preserves, so we are as dependent upon God for our continuing existence as we were for our original existence. This is the supreme difference between God and us; God has no such dependence upon anything outside of Himself.

In an essay, John Stuart Mill rebutted the classical cosmological argument for the existence of God, which holds that every effect must have a cause, the ultimate cause being God Himself. Mill said that if everything has to have a cause, then God had to have a cause, so to carry the argument all the way through, we cannot stop with God, but have to ask who caused God. Bertrand Russell was convinced by the cosmological argument until he read Mill’s essay. The argument Mill put forth was an epiphany for Russell, and he used it in his book Why I Am Not a Christian.

Mill was wrong, however. His insight was based on a false understanding of the law of causality. This law affirms that every effect must have a cause, not that everything that is must have a cause. The only thing that requires a cause is an effect, an effect requires a cause by definition because that is what an effect is—something caused by something else. But does God require a cause? He does not, because He has His being in and of Himself; He is eternal and self-existent.

The Aseity of God is what defines the supremacy of the Supreme Being. Human beings are fragile. If we go a few days without water or a few minutes without oxygen, we die. Likewise, human life is susceptible to all kinds of diseases that can destroy it. But God cannot die. God is not dependent on anything for His being. He has the very power of being in and of Himself, which is what human beings lack. We wish we had the power to keep ourselves alive forever, but we do not. We are dependent beings. God and God alone has Aseity.

Reason compelling demands a being who possesses Aseity; without it, nothing could exist in this world. There never could have been a time when nothing existed, because if there ever was such a time, nothing could exist now. Those who teach that the universe came into being seventeen billion years think in terms of self-creation, which is nonsense, because nothing can create itself. The fact that there is something now means that there has always been being.

A blade of grass screams the Aseity of God. The Aseity is not in the grass itself. Aseity is an incommunicable attribute. God cannot impart His eternality to a creature, because anything that has a beginning in time is, by definition, not eternal. We can be given eternal life going forward, but we cannot get it retroactively. We are not eternal creatures.

Eternality, as such, is an incommunicable attribute. God’s immutability is linked with His Aseity because God is eternally what He is and who He is. His being is incapable of mutation or change. We, as creatures, are mutable and finite. God could not create another infinite being because there can only be one infinite being.

God’s incommunicable attributes point to the way in which God is different from us and the way in which He transcends us. His incommunicable attributes reveal why we owe Him glory, honor, and praise. We stand up and give accolades to people who excel for a moment and then are heard no more, and yet the One who has the very power of being in and of Himself eternally, upon whom every one of us is absolutely dependent and to whom we owe our everlasting gratitude for every breath of air that we take, does not received the honor and glory from His creatures that He so richly deserves. The One who is supreme deserves the obedience and worship of those whom He has made.