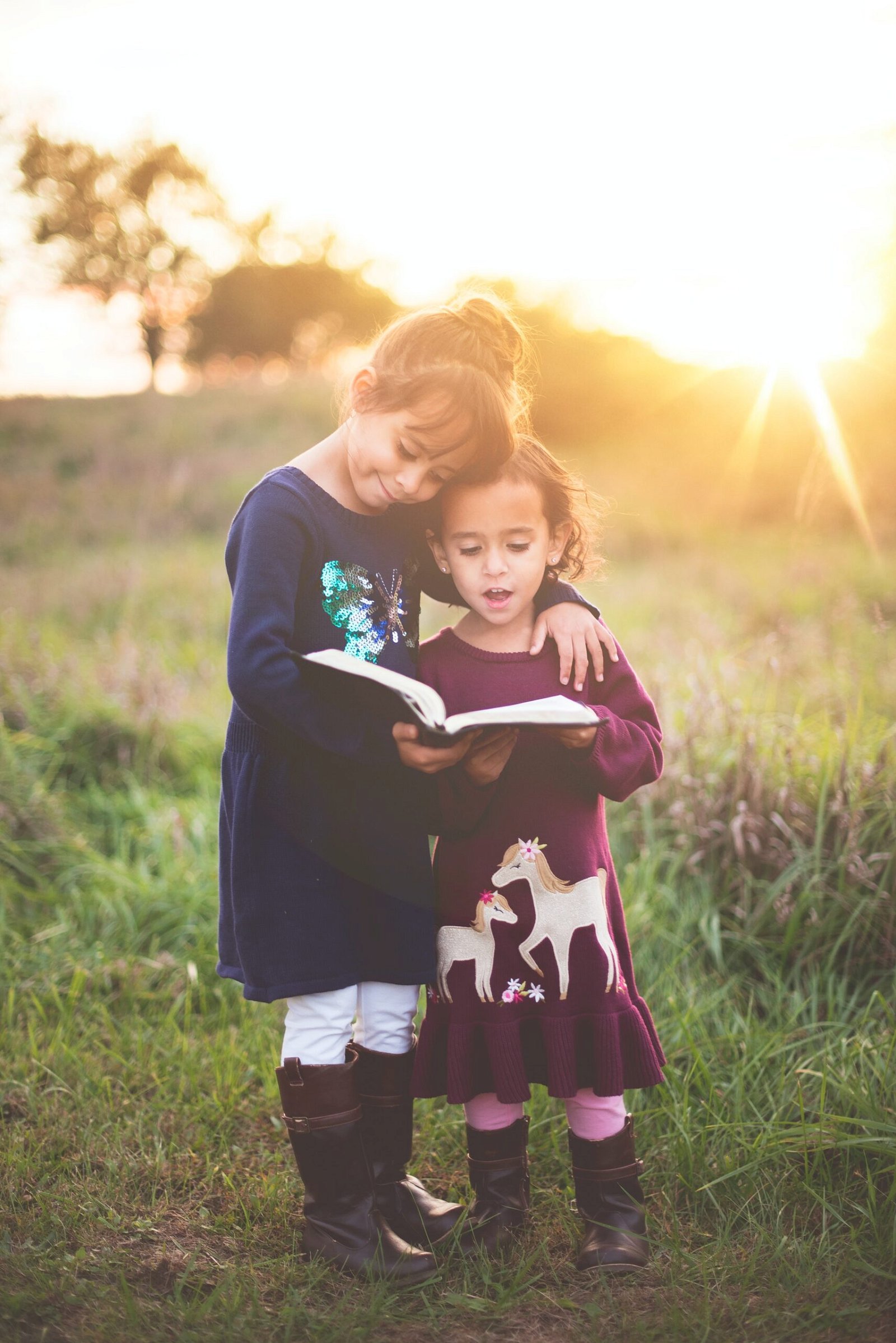 Walking Alongside a Struggling Christian 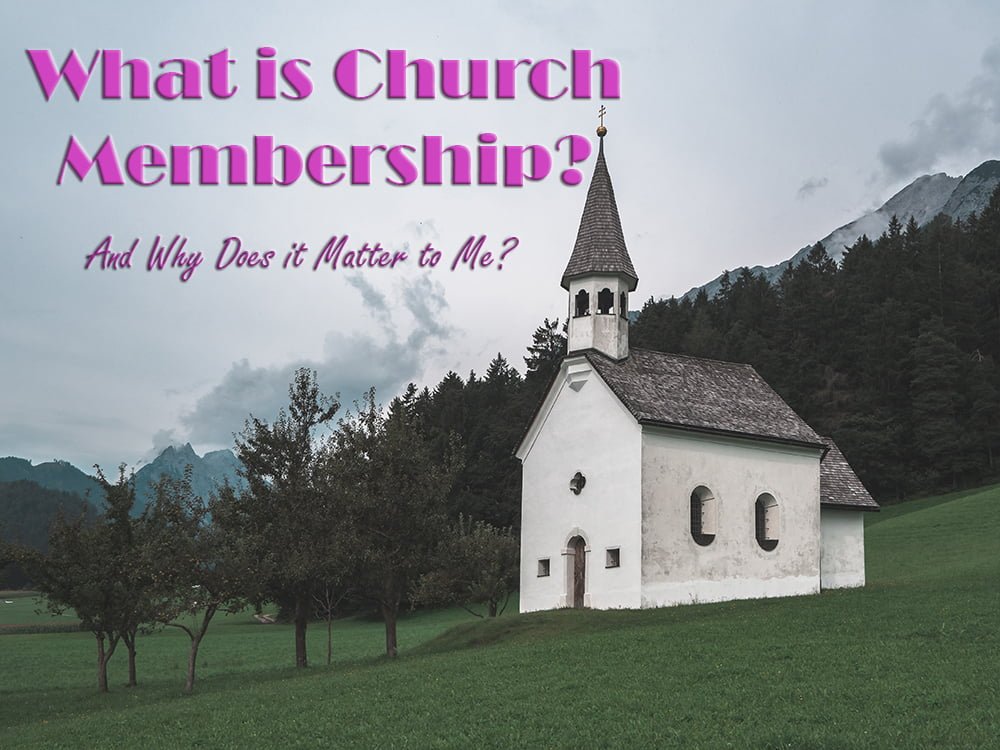 What is Church Membership? And Why Does it Matter to Me?

People are hurting. Christians are no exception. The last year, for many, has felt more like running a gauntlet than running a race. With a global pandemic, racial unrest, political upheaval, the word “unprecedented” has been worn thin in media commentary. And these issues are not limited to a particular nation or region; the Body of Christ around the globe has been feeling the strain acutely.

The pain that individual Christians are feeling, however, while perhaps related to these larger challenges, are often battles fought on a deeply personal—even isolated—level. Not just a worldwide pandemic, but the loss of a dear loved one. Not just racial unrest, but feeling personally betrayed or let down by a friend or even fellow church member. Not merely political upheaval, but internal turmoil in the midst of so much uncertainty and discouragement. People are hurting. Christians are no exception. But how can I help?

I was struck recently as I read Paul’s words in 2nd Corinthians 7:6, which says, “But God, who comforts the downcast, comforted us by the coming of Titus.” Apparently, even Paul himself was not a stranger to discouragement. In fact, in the proceeding verse Paul’s summarizes his situation with this stark description: “Our bodies had no rest, but we were afflicted at every turn—fighting without and fear within” (2nd Corinthians 7:5).

It occurred to me, as I read this passage, that I too often do not take Paul’s discouragements (and therefore his encouragements) seriously enough. It’s easy to romanticize Paul’s struggles, or lionize Paul’s faith to such an extent that we can’t really even imagine him actually struggling with stomach-churning fear or hope-stealing doubt. But that idea does not come from Paul. Paul says he was at the point of physical and emotional exhaustion.

Apparently, one of the greatest ways I can be a source of help and comfort to a fellow Christian is to not assume they’re doing fine. Just because his career looks successful, or her family seems happy, or their walk with the Lord is strong… doesn’t mean they’re not struggling. People are hurting. Christians—even strong Christians, like the apostle Paul—are no exception.

When was the last time I asked a person at church how they are doing—really doing—and listened carefully to their response? Knowing that everyone is struggling, do I know what the specific struggles of my pastor are? Or of my small group leader? Or even of my own spouse and kids?

Be a Source of Real Comfort

Two things jump out at me as Paul describes how God sent help and encouragement to him in 2nd Corinthians 7:6. First, in sharing his own story, Paul clearly means for it to benefit others as well. And second, the personal presence of Titus brought Paul much-needed relief. We should not take either of these realities lightly.

Paul, as we already noticed, describes himself as wrestling with inward fear, even as he is also being bombarded by afflictions. The result was physical and emotional fatigue: “our bodies had no rest.” One of the ways we can fail to help others is by always pretending to be “above it all” ourselves. When people ask how I am doing, do I tend to be honest with them or do I automatically feel obligated to put on my “game face” and act as though I am not struggling? If so, I miss out an opportunity to share with others the ways God is sustaining me, because they do not even see me wrestling to begin with.

If the apostle Paul had not been transparent about the fact that he was fighting against fear and pounded by affliction, then his readers would not have been able to appreciate how meaningful it was for God to send him comfort through Titus. Instead, as Paul shares his own struggles, he is able to draw out this general and strengthening lesson for his readers, “God comforts the downcast.” So, Paul, through admitting his own discouragement, is able to speak truth into the lives of other Christians, that will help them in their times of being downcast as well.

How does God comfort the downcast Paul? Through the coming of Titus. What a friend and fellow worker Titus must have been, for just his presence to be a much-needed boost to Paul’s drooping spirits! There is obviously a lot of unspoken, unexplained history here. Paul and Titus had grown intimately and deeply connected, over time, and therefore knew each other well. Titus wasn’t just a guy Paul had seen at a distance occasionally at church. Titus was a brother-in-arms, a comrade who had fought alongside Paul in the trenches. And so, Titus had the ability to speak deeply into Paul’s life and encourage Paul in significant ways.

I cannot be a genuine comfort to others if I don’t really know them and they don’t really know me. If I just show up at church and shake a few hands, if I avoid any meaningful conversation or accountability, if I insist on walking alone as a Christian rather than in community, not only will I not know the kind of comfort that Paul experienced at the coming of Titus, but I will also never be the kind of comfort that Titus was to Paul.

How can I walk alongside a fellow Christian when they’re hurting or struggling? By walking alongside a person before a trial hits, and long after that particular trial may be in the rearview mirror. If I only parachute into someone’s life and try to offer comfort by quoting some Bible verses or patting them on the back, the amount of help I can give will be in direct proportion to the relationship I have with them.

If we’ve known each other for years, passed through numerous sorrows and celebrations together then perhaps, like Titus, my presence alone can bring an unspeakable comfort to my friend. Yes, some words and acts of service will probably be eventually needed as well, but just the ministry of presence can bring immeasurable relief to the burdened or grieving soul.

Titus was a comfort to Paul because Titus had been a friend to Paul already, and displayed his continuing interest in Paul by going out of his way to be there when Paul needed him. Likewise, my being a help to others will require me showing genuine interest in them now, and being willing to make myself uncomfortable to help them in their time of need. No real or deep comfort can be given without real and deep cost to the person who comforts.

Be Part of the Corporate Solution

Perhaps easiest to miss in Paul’s situation is the invaluable role of the Christian community in encouraging him. Paul was ultimately moved most deeply, not only by Titus’ presence, but also by the news that Titus brought with him of the wellbeing of the church at Corinth: “…and not only by his coming but also by the comfort with which he was comforted by you, as he told us of your longing, your mourning, your zeal for me, so that I rejoiced still more” (2nd Corinthians 7:7).

In his first letter, Paul had found it necessary to write to the church at Corinth to rebuke them for known sin and outright disobedience in their midst. It grieved him to have to scold them after this fashion, but they were in such poor spiritual condition that this was the only way for Paul to truly love them. But now, Titus returns from Corinth bearing the good news that the Corinthian Christians had received Paul’s letter with the right spirit, had been brought to genuine repentance, and were now sending through Titus their own love and support back to Paul.

It is hard to overestimate the role that spiritual health in the church plays in the spiritual health of individual Christians. Nothing can be more disheartening than factions in the Body of Christ, scandal in the life of the church, or a general shallowness among the church members. By contrast, there is nothing more heartening and healthful than seeing fellow Christians love and forebear with each other, than observing fervent holiness in the lives of professing believers, or experiencing transparency and community in the Church Body.

Paul was not encouraged by the good news Titus brought him just because Paul was an apostle and so was super spiritually minded. No, the fact is every Christian is greatly inspired, or greatly dispirited, by the experience he or she has as a member of the larger Christian community. The Church is one of the primary means of grace by which Christ works in and through individual believers.

How then can I be a blessing to another struggling Christian? By committing, by God’s grace, to being part of the corporate solution. As I pursue faithfulness and holiness myself, and as I commit and contribute to the healthy activity of the Body of Christ, I have opportunity to exponentially spread encouragement, hope, and healing throughout the Church as a whole.

People are hurting. Christians are no exception. But Paul’s experience with Titus reminds me that I can either be contributing further to the discouragement of fellow believers, or I can minister real comfort as part of the wholesome influence of the Body of Christ.