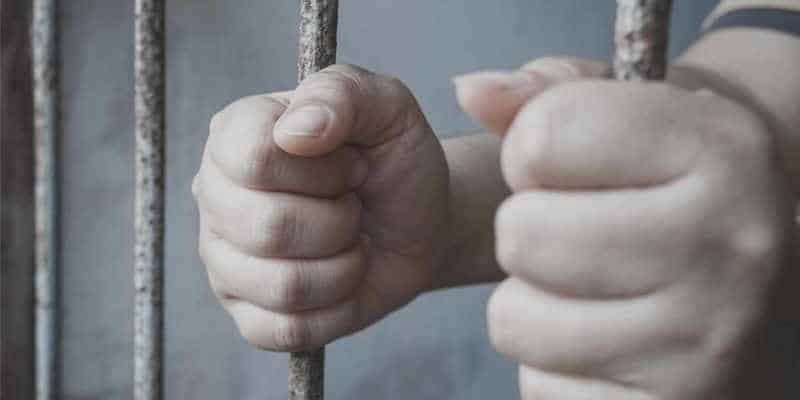 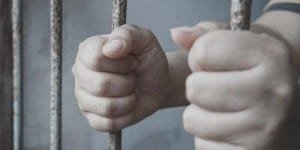 Pick your euphemism – that’s me. Ever since I got hyper on Piper towards the end of my high school years, I’ve found myself growing into a deeper understanding of the doctrines of grace, to the point that now most of my mornings and evenings are happily spent reading men like Charles Spurgeon (see what I did there?). Most importantly, I have grown into deeper understanding and worship of God Himself. Call me any of these names, and I’ll walk away unashamed and glad to wear the badge.

But there’s one euphemism I hope never tacks itself onto my name: cage-stager. A recent cartoon published by Adam Ford illustrated the “Cage-Stage Calvinist” quite humorously – two men observing a man in a literal cage who’s foaming at the mouth and shouting “Romans 9” at them. Yet despite the laugh I got from it, more than anything it highlighted a very sad but true reality. The fact is many Calvinists never outgrow the “cage stage.” As they clutch the bars of their firm convictions, they feel right at home, not even realizing they’ve locked themselves off from many around them. They cannot distinguish the difference between standing for the truth and being debilitated by it. How does one get out of such a predicament?

J.I. Packer pretty much got it right. “This one word ‘grace’ contains within itself the whole of New Testament theology.” Although grace isn’t limited to the New Testament (I’ve written about this elsewhere), Packer’s point is clear; grace is a sort of all-encompassing idea. To the Reformed, Sola Gratia is a pillar that holds up the whole tradition. Every single member of God’s elect is put there by the glorious grace of God alone. Our filthy rags brought to the table do no good for our soul’s eternal state, but “thanks be to God through Jesus Christ our Lord!” (Rom. 7:25). His grace is sufficient (2 Cor. 12:9), bestowed (Eph. 4:7), and sure (1 Pt. 1:13). You cannot exhaust this stuff. The Calvinist should understand this unlike any other.

So why does a dichotomy exist between how we (I’m speaking to you especially, Reformed brother or sister) receive grace and how we show grace? We proclaim John’s mantra unabashedly from the pulpit, “Grace upon grace!” (Jn. 1:16). But what does our proclamation look like when we come into contact with our brother in ministry who’s of a different persuasion? Why am I so quick to judge a man who can’t wrap his head around election? Often in these encounters, I am tempted to hand such people a booklet by the Puritans and say something to the effect of, “educate yourself,” not because I’m concerned for their education but more because I’m put off by their seeming ignorance. Grace, as we know it, is God’s unmerited favor on men. Grace, also as our “camp” understands it, is irresistible. This should indicate two key things to all of us. First, grace is given precisely because it’s undeserved. Second, because grace is irresistible, it must also prove to be patient and long-suffering. If our goal truly is reformation, it can only be achieved with a love and shepherding for people that is undeserved, patient, and long-suffering. We must do more than preach grace; it must be displayed and expressed.

Glimpses of the Throne

One of the most poignant anecdotes I’ve carried with me for a long time is a story of R.C. Sproul once giving a talk on the electing grace of God. Here’s how Scott Sauls describes the scene in his book Jesus Outside the Lines:

Sproul has summed up a foundational understanding of Reformed theology here: despite its positives, it is not so exclusive, so determinative, that it will serve as the decisive gate between heaven and hell. Only the blood of Jesus, predetermined to cover and atone for His children, can do such a thing.

For a theological system that so viciously attacks Pharisaic imposing of law, it is odd that some of us would nearly rebrand their approach. We don’t gain citizenship into the New Earth the way it is achieved in the United States, with a test about knowing the particulars like Susan B. Anthony’s role or the state bird of Virginia. A heart that knows, believes, and lives the gospel is good enough for entry. Those who call upon that name of the Lord (not a branch of theology) will be saved. If we want to catch more than a glimpse of the throne, we’d be well served to get out of the cage.

Letting the Lord be Lord

Here’s probably the most challenging tendency as a student of the Reformed tradition, at least for me. I am enveloped with the classics from Puritans like Owen, Brooks, and Flavel. I am fascinated by the boldness of men like Luther, Spurgeon, and Edwards. I’m grateful for the labors of modern-day leaders like Schaeffer, Keller, and Piper. But, as I’m painstakingly beginning to learn, none of these men offer me sweeter words, higher knowledge, or deeper insights into a worship of God than communion with God and His Word do. That’s hard to admit, as I far too often sacrifice time in the Word for time in Puritan Paperbacks. Brothers, Satan knows the power of being a Reformer, and his greatest weapon against your theology is making your theology your God.

We believe in a sovereign, providential, hands-on God. We believe in a God of justice and mercy. That is good news. We don’t have to be the Justifier; that seat is taken. We don’t have to make all things come to pass for our purposes, for we serve a higher one. But when we get locked away and arrested by a worship of doctrine, we struggle to let the Lord Himself be our Lord, and just as important, the Lord of others who don’t share our same convictions.

Jesus holds the key to every heart locked away. Only He can unlock the truths of Himself to another. Only He can free us from the tempting bondage of elevating what’s not essential beyond its place. How must we respond? We must fight to demonstrate the grace we love for ourselves, embrace our brothers and sisters outside of our camps, and let the Lord stand where He deserves to. This is the key to unlocking the cage stage.