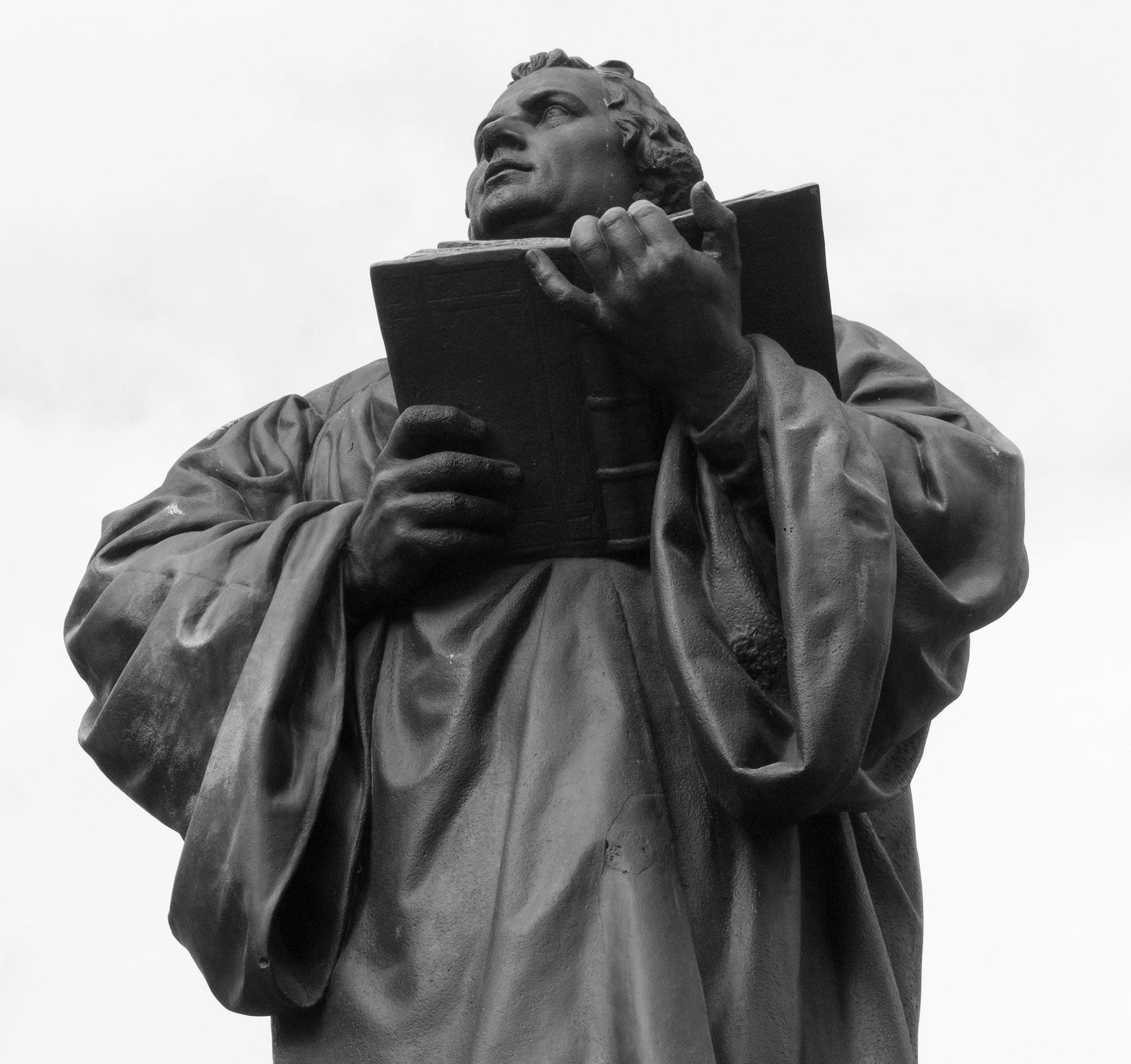 One of the greatest joys of the Christian life is knowing that we have not only been purchased by the shed blood of Jesus Christ, but that we have been joined together to Christ by faith. We are counted as members of His very Body. The beauty of this consists in the fact that all who come to Christ—no matter who they were, what sins they committed, or where they’re from—are welcomed into His Body. We are made one with Christ and one with one another. As 1 Corinthians 12:13 succinctly puts it, “For in one Spirit we were all baptized into one body—Jews or Greeks, slaves or free—and all were made to drink of one Spirit.” Yet, as glorious as union with Christ is, there is a neglected aspect of it that is ignored to our own peril: the fact that union with Christ means participation in the sufferings of Christ.

What Makes Union with Christ So Great?

Notice the language that the Apostle Paul used: “In one Spirit, we were baptized into one body, and we are made to drink of one Spirit.” In Romans 6:3-4, Paul elaborated on this idea by explaining that, “Do you not know that all of us who have been baptized into Christ Jesus were baptized into his death? We were buried therefore with him by baptism into death, in order that, just as Christ was raised from the dead by the glory of the Father, we too might walk in newness of life.”

We are, spiritually, now one with Christ. But our union with Christ does not end with a spiritual baptism by the Holy Spirit. Our union with Him is an eternal union, with covenantal bonds no less dissoluble or breakable than God’s love for us is conquerable. This is a union to which we are permanently and inseparably joined.

We share all things with Christ: His righteousness is ours, His peace is ours, His standing before God is ours…We are led to continually boast in Christ alone for, in Him, “All things are yours” (1 Corinthians 3:21). Now, clearly, that does not mean that we become as God, or share in His incommunicable attributes, like His sovereignty or aseity. But it does mean that He has graciously poured out an incredible number of gifts upon us—including the gift of participation in His sufferings.

What it Means to Enjoy Participation in Christ’s Suffering

There are various texts that point to the suffering that Christians can expect to experience when they are joined together to Christ. From the hatred of the world (John 15:18-25) to the persecution of the godly by the ungodly (2 Timothy 3:12), there is a great deal of suffering to be experienced in the Christian’s union with Christ.

Of course, Scripture not only warns us to expect suffering, but encourages us to delight in it. Now, that may seem strange and even impossible at times, but consider the following from James 1:2-4, which states, “Count it all joy, my brothers, when you meet trials of various kinds, for you know that the testing of your faith produces steadfastness. And let steadfastness have its full effect, that you may be perfect and complete, lacking in nothing.”

In other words, the suffering we endure on account of the trials we face is purposed by God to produce steadfastness, and steadfastness in Christ makes us mature in Christ so that we lack nothing. Therefore, we must rejoice! No suffering is without its purpose; all of it is divinely purposed and appointed for our good and God’s glory.

In Acts 5:41, we find the Apostles being persecuted for their faith in Christ. Their suffering is immense as they are threatened with jail, beatings, and death for their proclamation of the gospel. So, what did they do? They rejoiced! “Then they left the presence of the council, rejoicing that they were counted worthy to suffer dishonor for the name.” They rejoiced that they had been counted worthy to suffer. For those early Christians, it was actually a privilege to suffer for Christ.

Analogies likely fail to describe this experience, but these texts make me think of the union I have with my wife in marriage. What a privilege it is to be joined together to a godly spouse! All I have is hers, and all she has is mine. And, on occasion, we are even able to participate in one another’s suffering—not in the same that we participate in the suffering of Christ, of course, but in a similar way.

As of this writing, the Lord has blessed us with two boys. I was able to be there for the birth of both. There was a great deal of suffering on my wife’s part, especially with our first, as she experienced the pain of long labor. I supported her through it, held her hand, and talked her through the process (as best I could). I hated to see her like that—so much so, I myself became sick.

But then the moment came when the boys were born, and I saw the delight on her face when she held that crying child for the first time. I would not trade those moments for anything. The joyous births of our boys came only after the painful labor process, but this participation in her suffering led to a participation in one another’s incredible joy.

The Christian’s union with Christ is sometimes like this. We suffer with Christ in order that we might experience joy with Christ. I believe this is the idea the apostle had in mind in 1 Peter 4:13 when he wrote, “But rejoice insofar as you share Christ’s sufferings, that you may also rejoice and be glad when his glory is revealed.”

The Divinely Appointed Purpose of Participation in Christ’s Suffering

One of the stranger texts we encounter in Scripture regarding union in Christ and participation in His suffering is Colossians 1:24-26, wherein the Apostle Paul wrote:

Now I rejoice in my sufferings for your sake, and in my flesh I am filling up what is lacking in Christ’s afflictions for the sake of his body, that is, the church, of which I became a minister according to the stewardship from God that was given to me for you, to make the word of God fully known, the mystery hidden for ages and generations but now revealed to his saints.

Paul, of course, keeps with theme of rejoicing in suffering because he understood his afflictions were for the sake of Christ’s Body, which he himself had been joined to through the Holy Spirit. But what makes this so very strange is that he speaks of “filling up what is lacking in Christ’s afflictions.” He saw this “filling up” occurring through the sufferings he experienced in the flesh. He saw it all as happening for the sake of the elect and Christ. But what could possibly be missing in Christ’s afflictions?

The answer, of course, is nothing. As 1 Peter 3:18 affirms, “For Christ also suffered once for sins, the righteous for the unrighteous, that he might bring us to God, being put to death in the flesh but made alive in the spirit.” We are not somehow adding to the sacrifice of Christ when we suffer, nor are we somehow suffering in order to save sinners. That work was finished by Christ on the Cross (John 19:30).

Thankfully, Paul actually answers the question for us. He saw his suffering as participation in Christ’s suffering for the Body of Christ so that, as a minister of the gospel called by God, he could make the Word of the gospel fully known to those who were being saved. What was lacking was that some still had not heard or seen the testimony of the gospel. It was not that he was adding, somehow, to the sacrifice of Jesus. Rather, he was participating in Christ’s suffering in order to share the gospel with those who did not know it. Every stripe, shipwreck, and stoning was a testament to the sovereign grace of God in his own life, making the gospel spread throughout the known world. This becomes clearer when Paul then writes, in Colossians 1:27-29:

To them God chose to make known how great among the Gentiles are the riches of the glory of this mystery, which is Christ in you, the hope of glory. Him we proclaim, warning everyone and teaching everyone with all wisdom, that we may present everyone mature in Christ.  For this I toil, struggling with all his energy that he powerfully works within me.

Paul saw his suffering for the gospel as divine participation in Christ’s suffering, making it possible to continually spread the gospel. As the elect heard the gospel and were saved, Paul saw it as a glorious mystery being unveiled: Jew and Gentile alike were being joined to Christ and filled with Him. They were experiencing union with Christ.

So, Paul gladly accepted the sufferings in which he participated, since he knew that God had divinely ordered them for the purpose of seeing sinners saved, saints edified, and God glorified.

Download the Rest of This Issue of Theology for Life Here

Recommended Books on the Confessions and Reformed Theology 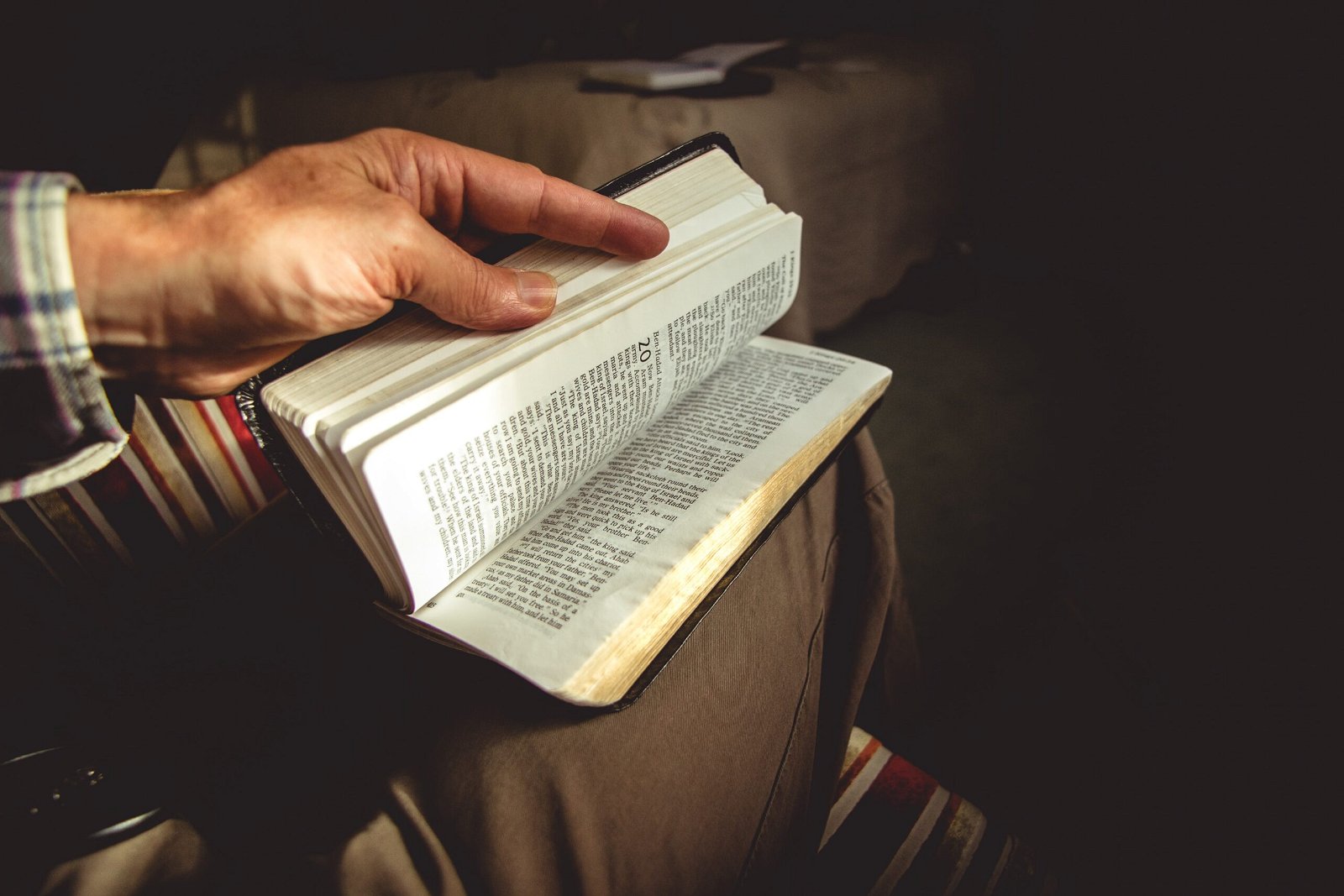 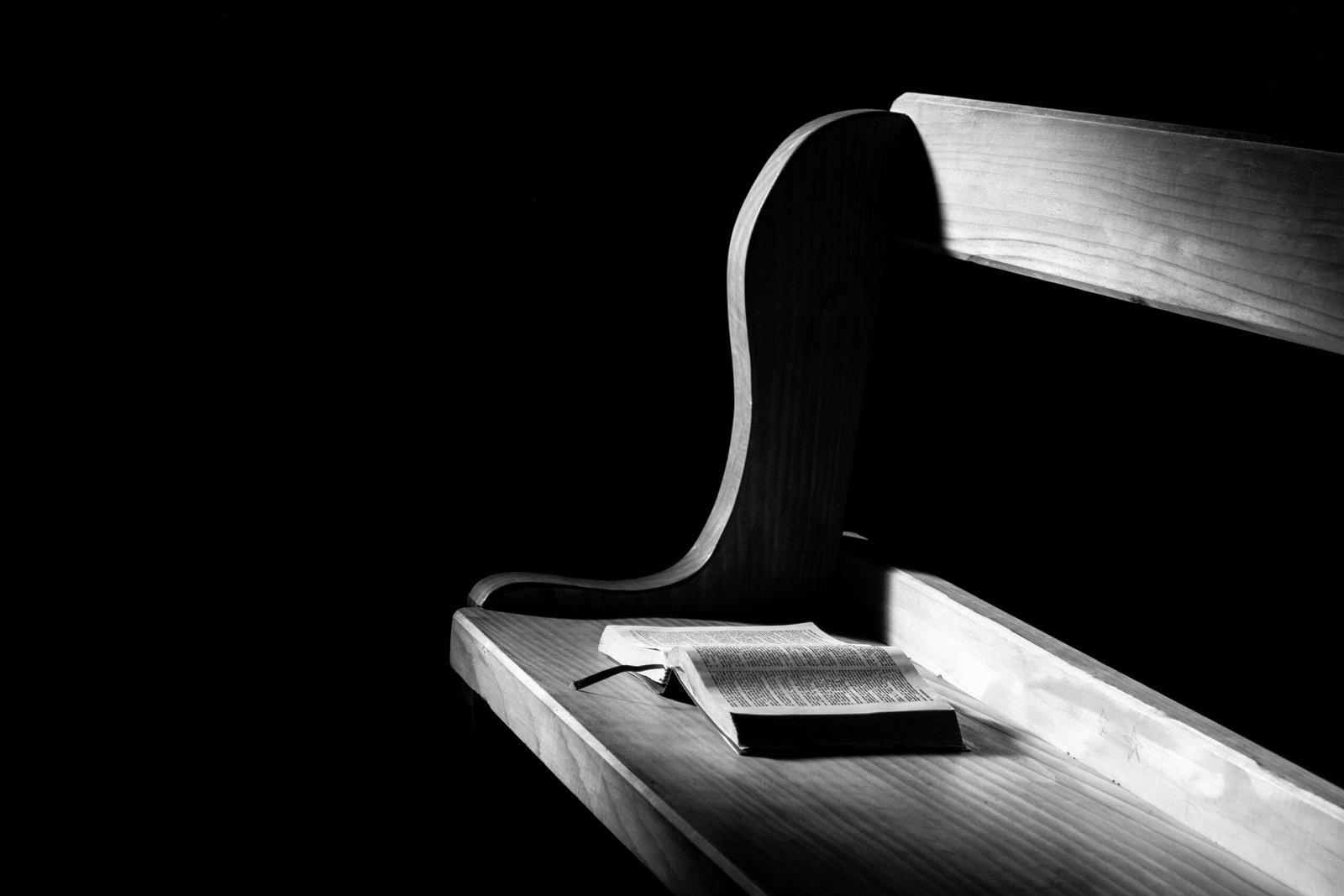 Why Do Creeds and Confessions? 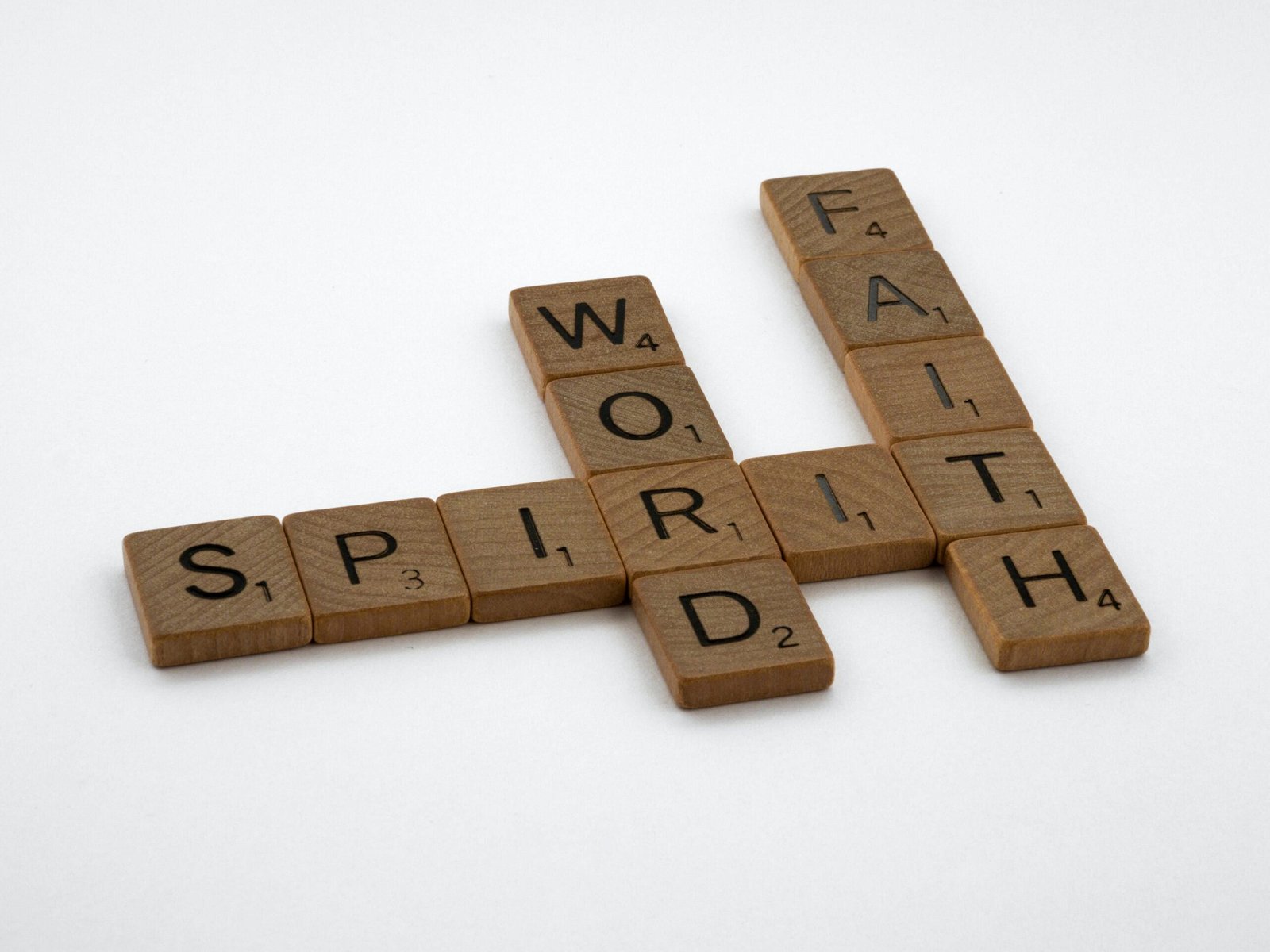 The Holy Spirit and the Christian 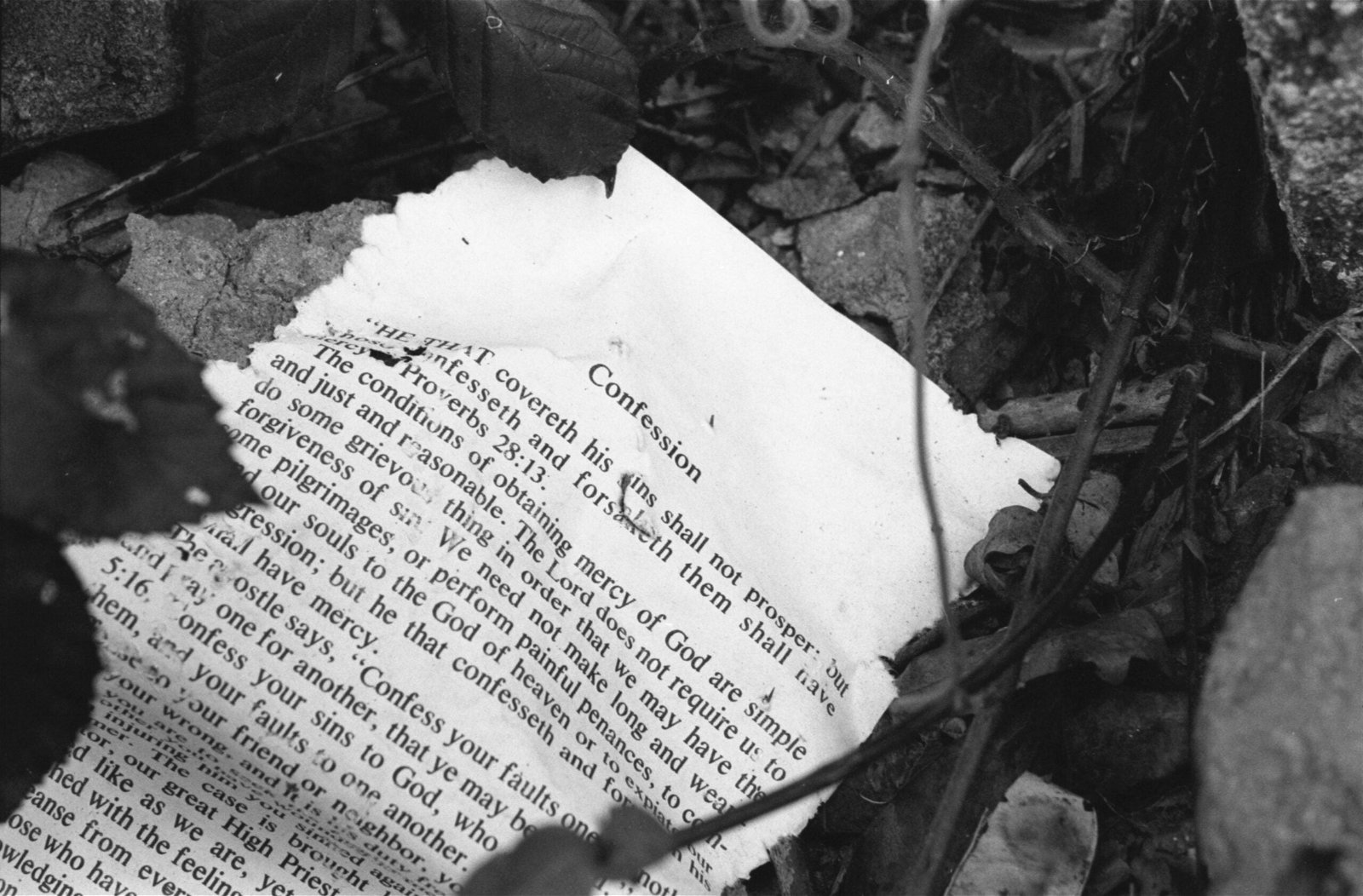 Distress, Comfort, and a Catechism 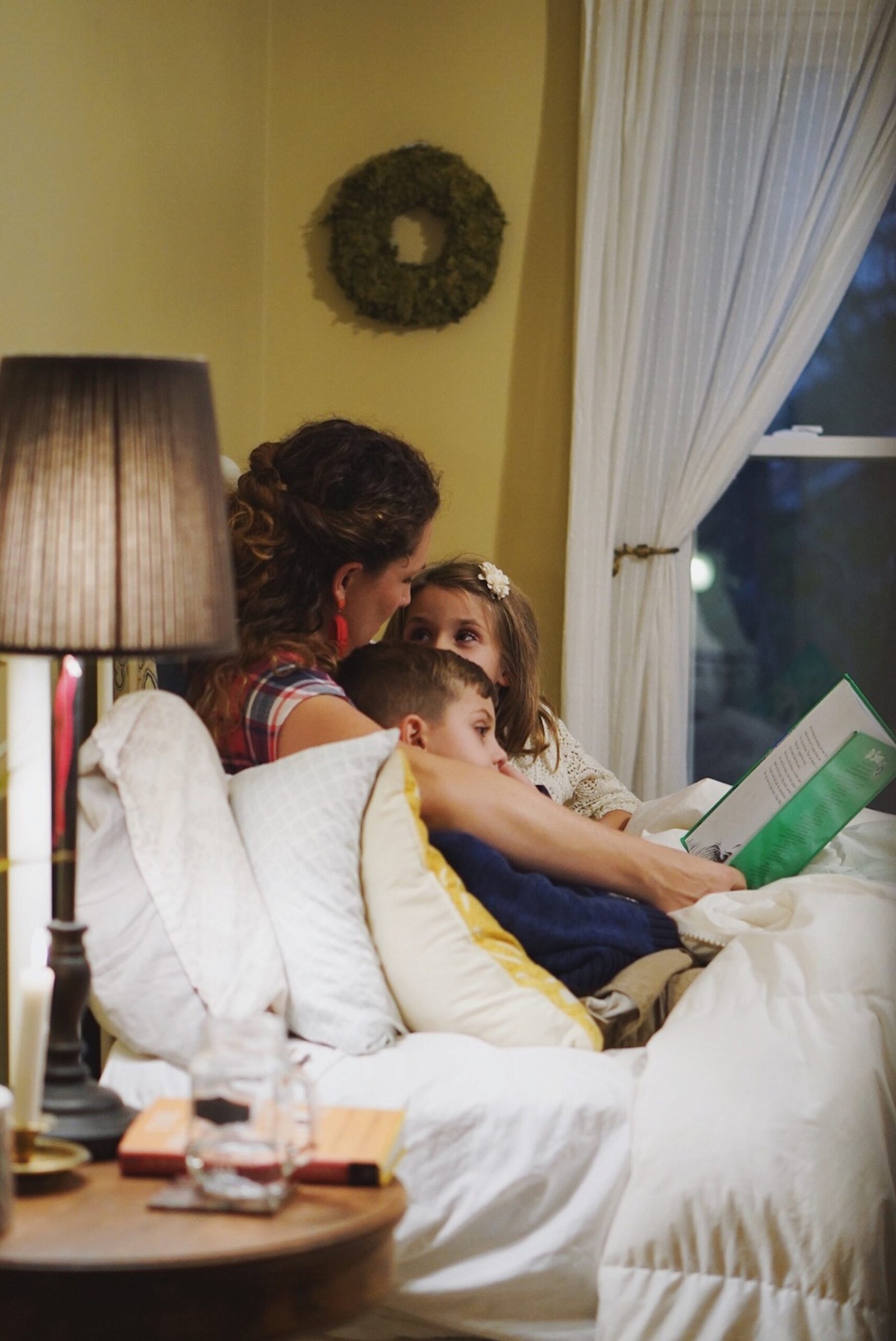 Using Confessions and Creeds to Disciple Children in the Faith