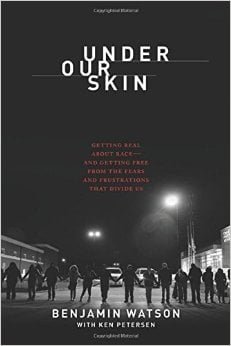 Racism. This is a word that conjures up deep emotions from everyone in this nation. Whether you are black or white, Asian or Hispanic, we all deal with this issue on a daily basis. Truthfully, racism has been an issue in the world since human beings fell into sin. However, in America racism finds its roots with the institution of slavery, which was established during the infancy of the nation. This “mighty scourge” of slavery continued to haunt America into the nineteenth century, which culminated in the Civil War and the abolition of slavery under the leadership of President Abraham Lincoln. Yet, even after the official abolition of slavery, racism was deeply woven into the fabric of America. In the twentieth century a new form of slavery was instituted in what is known as the Jim Crow laws of the South. These laws did not allow blacks and whites to have equal rights. This helped give rise to the Civil Rights Movement of the 1960’s and brought popularity to charismatic leaders such as Dr. Martin Luther King Jr. and Malcolm X. Eventually, the Jim Crow laws were done away with and black citizens were given equal rights under the law. As far as this nation has traveled in two hundred years, racism still exists.

Fast forward fifty years and many of the same issues that existed in the 1960’s have not gone away. Even though many things had gotten better, unfortunately many of the racist attitudes have been swept under the rug. The rug was then yanked back to expose the filth underneath in the twenty-first century. Events in Ferguson, Baltimore, Charleston, and others exposed the mighty scourge of racism once again. Unfortunately, in some cases, this led to riots and looting, which did nothing to solve the issue. These events left many Americans wondering “Can we now finally deal with this issue once and for all?” This is what author and New Orleans Saints football player, Benjamin Watson discusses in his new book Under Our Skin, published by Tyndale House.

In the aftermath of the events in Ferguson, Benjamin Watson decided to write a Facebook post that put to words the range of emotions that he felt. That post went viral and has culminated in his new book Under Our Skin. In the book, Watson expresses those emotions by starting each chapter with an “I am” statement. He then unpacks that emotion and why he feels that way. For many, this book will read like a rant and in many parts of the book it does. In many ways, Watson has the right to rant a little. As an African American growing up, he experienced much of the same hatred towards him as did Michael Brown, Freddy Gray, and many others. He is tired of seeing racism reign in America. His subtitle tells it all “getting real about race and getting free from the fears and frustrations that divide us.” He does get real in his description of the problem. He shares stories and quotes statistics that the media and politicians quote as well. The main difference in Under Our Skin is the solution that Watson proposes.

Watson points the reader to the only solution for the race problem and its not better education, policies, laws, or politicians. No, in the book he bluntly reminds the reader that the “skin” problem is ultimately a “sin” problem. Each and every person, no matter the color of their skin, is a sinner and that is the root cause for every issue in society. Yet, he does not stop there. He eloquently reminds the reader that the only solution to sin in the world is Jesus Christ, who died in place of sinners on the cross. Those who place their faith and trust in Him will have changed hearts, which will lead to reconciliation with God and others. Instead of adding to problem by retreating to our own sides, it is best to show one another the grace that Christ has shown us. By the power of the Holy Spirit, open up dialogue and get to know others from another race and culture. This allows fear to subside as we realize that many of the fears we have about others is trumped up by our own imagination. The only solution to the problem of race in America, and the world for that matter, is the gospel! And the only way to share the gospel is to open dialogue which can ultimately bring healing.

In the spirit of full disclosure, I was interested in this book initially because I am a huge New Orleans Saints fan (Who Dat!), and love Benjamin Watson as a football player. He is an amazing athlete and has brought a great dynamic to the Saints football team. However, after reading the book I have an even greater respect for Benjamin Watson the man, not just the football player. This book opens up some much needed dialogue about race in America. My prayer is that as people read this book the Lord will prick their hearts, like He has mine and help bring healing. I have seen first hand how the Lord has brought racial reconciliation in my own life after dialogue on this issue. I highly recommend this book to anyone who desires to see the gap closed in the racial divide.

I received this book from Tyndale House Publishers as a member of the Tyndale Bloggers Network program in exchange for an honest review of the book.