Two Truths and a Lie

When I was a child, the devil felt like an evil character in a fairy tale, complete with horns and a pitchfork. When I was a teenager, he seemed like someone whose name you never mentioned – almost as if speaking his name would serve as a summons. As a younger woman, I rarely gave the devil any thought at all as I was too consumed with raising a whole brood of little people. But as I mature into a wiser, older woman, I think of the devil for what he is – a liar, my accuser, and the enemy.

The devil has been lying since he met Eve in the garden. I’ve associated him so much with lies that I was recently challenged with the thought that sometimes he tells the truth. His accusations against me are loud and constant, and they take up a lot of my head space at times. And when I hear him accusing me of something, I want so badly to defend myself and shout back, “That’s not true, you’re a liar!” But what if he’s right? What happens when I am all the things he says I am? What if I have done all the things he accuses me of? What happens when the devil tells the truth about me?

Truth: Sometimes I am guilty of what He accuses me of.

Zechariah 3 tells the story of Joshua, the high priest, standing before the Lord while Satan accuses him of being impure. It was important that Old Testament priests be pure because they were responsible for making atonement for the people. Joshua represented a generation of people who had rebelled against God’s commands and had intermarried with pagan nations. He was tainted, and therefore impure. Satan’s accusation against Joshua was true. He was guilty.

What about in your life? Do you ever stand guilty before the Lord as the enemy accuses you of things you can’t deny? I’ve felt the weight of his accusations ringing in my head, and I can offer no defense. He says, “You’re a liar; you’re unkind; you’re bitter; you’re a glutton; you’re prideful.” He’s right; I am. I am guilty of all these things and more. We are taught to respond to Satan’s lies with Scripture. We must ask ourselves the question, “What is our battle strategy when Satan reminds us of the truth?”

Truth: I deserve the punishment for my sin.

Not only do I stand guilty before the Lord with the devil ready to accuse me of all my sins, but I deserve full punishment for rebelling against God’s law. When Satan whispers of how I deserve to be cut off from God, of how I should have to suffer the consequences of my sin, he’s right. That is exactly what I deserve.

Every child growing up in church learns Romans 6:23, “For the wages of sin is death.” We grow up being trained by our parents to understand that there are consequences for our sin – “Then desire when it has conceived gives birth to sin, and sin brings forth death (James 1:15).”

Lie: It’s hopeless; I’m too much of a mess for God to salvage.

Even though the enemy doesn’t lie about me all the time, he can’t help but to reveal his true nature for very long. He will lie to me. He will lie to you, and he will do it convincingly. He’s very good at what he does. He knows our weaknesses, and he pounces on us when we’re weakest (Matthew 4:2).

In those weak, vulnerable moments, the lies are easier to believe than the truth. If we’ve fallen into sin, it’s easy to believe that the situation is hopeless, that we’ll never be able to change. But this is a lie. God’s word says that if we’re in Christ, we are a new creation (2 Corinthians 5:17).

When Satan whispers that we’ve messed up too bad, that God is too disgusted with us, he’s lying. The Bible says that nothing can separate us from God’s love (Romans 8:38). We are His, and He is ours. It is never hopeless for anyone who turns from their sin to the Lord. Never. 1 John 1:9 says, “If we confess our sins, he is faithful and just to forgive us our sins and to cleanse us from all unrighteousness.”

God’s grace in the truth

We are guilty of sinning against God, and we deserve to be cut off from him forever by spending eternity in hell, but for the grace of God. “But God, being rich in mercy, because of the great love with which He loved us, even when we were dead in our trespasses, made us alive together with Christ—by grace, you have been saved (Ephesians 2:4-5).”

The gospel welcomes us into God’s family with the news that Christ traded places with us. “For our sake, He made Him to be sin who knew no sin, so that in Him we might become the righteousness of God (2 Corinthians 5:21).”

God’s grace in the lie

Consider the prodigal son (Luke 15:11-32). He broke his father’s heart, cut him out of his life, and blew through his inheritance with reckless abandon. After months of wild living, a famine came, and he begged to be fed pig slop. He realized he had sinned against his father and decided to return to him, not to be welcomed as a son, but just to get a job as a servant.

His father, who represents our heavenly Father in this story, sees him, has compassion on him, runs to him, hugs and kisses him, clothes him with the finest wardrobe, and hosts a feast in his honor to celebrate his return to the family.

This is the grace God shows his children who return to Him. We are never without hope. If God could love us when we were covered in the filth of our sin, why would we ever doubt His love when we’re clothed in the righteousness of Christ?

Our identity is not in what we do but in whose we are. This is the truth that our enemy doesn’t want us to know. And God’s truth is triumphant. Martin Luther’s words can strengthen us – “And though this world with devils filled, should threaten to undo us. We will not fear for God hath willed, His truth to triumph through us.” 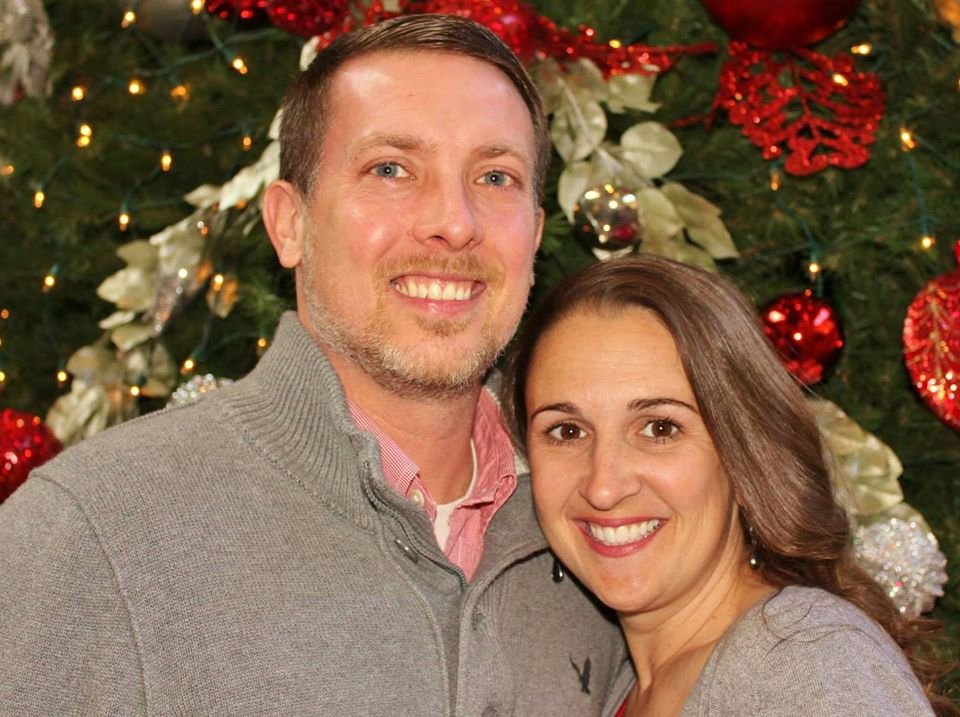 Christy Britton is a wife, mom of four biological sons, and soon to be mom of an adopted Ugandan daughter. She is an orphan advocate for 127 Worldwide. She writes for various blogs including her own, www.beneedywell.com.