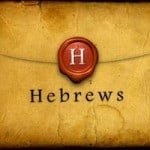 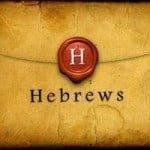 The descriptions of Isaac, Jacob and Joseph in Hebrews 11:20-22 and the Genesis record to which they point, exemplify everything in Hebrews 11. Hebrews 11:1, “Now faith is the assurance of things hoped for, the conviction of things not seen” surely this is what we find in the record of Isaac, Jacob and Joseph who trusted in things unseen, spiritual realities made tangible to them only by faith. Their faith was focused on spiritual realities. It was rooted not in things of this world but in the realities of heaven. In verses 9-10 of Hebrews 11 the writer includes these patriarchs in the great statement about Abraham’s faith, “By faith he went to live in the land of promise, as in a foreign land, living in tents with Isaac and Jacob, heirs with him of the same promise. For he was looking forward to the city that has foundations, whose designer and builder is God.”

These three family members had varied experiences. But they all were looking to God for spiritual blessings while they lived like pilgrims in this world. In this way, they demonstrated that their citizenship was in heaven and they each showed a concern to pass on a spiritual inheritance to their children. We will be diligent to do the same if we possess the same faith.

The faith of these men was first spiritual, but second, it was forward-looking, as the passing of the blessing demonstrates. None of these men experienced the fulfillment of the promises when they died, but were looking ahead to what God would do in the future. This is why they took the passing on of God’s blessing so seriously. Isaac died believing that God’s plan would play out through his descendants, ultimately leading to his own salvation in the coming of the Messiah. Joseph, especially, grounded his hope in a tangible understanding that though he was forced to live and serve in a foreign land, in the future God would provide a home for him, even in death.

Hebrews 11 also emphasizes how faith handles the prospect of death, and this is a third feature of the patriarchs’ faith. It is obvious that these men trusted in God’s resurrection, for they faced death with a calm serenity, Jacob worshiping God while resting on his staff. It is always a mark of a Christian to approach death with a peace that comes from God.

Fourth, and finally, the faith of all three patriarchs was firmly fixed upon the Word of God, and therefore upon the plan God revealed through it. They received God’s revelation in faith, and in his plan they saw that they were joined to his grand redemptive purpose, stretching back in history through Abraham and those before him, and reaching forward toward eternity future. They saw that by the grace of God they played a part in that plan, and that they were linked connecting others to God’s true Promised Land. In the promises and prophecies of God’s Word, they saw the substance of things to come just as we must, and they knew how to face the present as well as the future, which is what faith does for the believer.