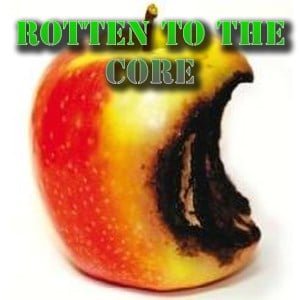 by Mike Boling | Apr 12, 2016 | The Doctrines of Grace: Understanding the Heartbeat of the Gospel, Featured

Humanity has a problem. Turn on the news, listen to the radio, or take a quick glance at your favorite social media outlet and you will likely find a plethora of stories concerning the desperate plight of someone around the world. Why does the inhumanity of man towards one another take place? Why are we so unable to right the societal ship, to mend the wrongs of our world by our sheer effort or perhaps through a focused avalanche of governmental spending? Surely the combined will of the world can fix what is wrong…or can it?

This is a question that has vexed mankind for centuries. Philosophers and religious sages throughout time have attempted to discover the secret to man’s nature. Some have suggested that it is possible for man to do enough “good” to fix the problems of the world around them, as well as earning enough “brownie points” with their respective deity to deal with matters of an eternal nature. Others have come to the conclusion that man is nothing more than the sum of his evolutionary parts, and thus are only acting out on their primal instincts. Is either approach correct? Is man capable of doing any good and, if so, can it amount to anything in total so that humanity can be understood as “good”? Are we only left to deal with the aforementioned primal animal instincts with the evil around us? Scripture deals with both issues quite thoroughly, providing us with the answer to whether man can achieve a necessary state of goodness, as well as providing for us the solution to this pervasive problem God calls sin.

If we look at the first chapters of Genesis, we find a world that is described as being good, and man as being very good (or tov). That phrase—“very good”—depicts a universe devoid of death and decay with Adam and Eve living together in perfect harmony with the world around them. There was no murder, famine, hatred, jealousy, slander, or any of the trappings we fall prey to on a daily basis. All was perfect. The Creator dwelt with His creation and man had the perfect relationship with his Creator and the universe.

Then something changed. Man disobeyed God’s command, an action known as sin. The entrance of sin into the world was devastating as it introduced into death, both physical and spiritual. The perfect nature Adam and Eve had prior to sin was replaced with a fallen nature. Instead of a perfect desire to obey and glorify God, man now dealt with the urge to pursue all manner of depravity.

Let’s start with a helpful definition.  The “Synod of Dort” explained this idea as such:

“All men are conceived in sin and are by nature children of wrath, incapable of any saving good, prone to evil, dead in sin and in bondage thereto; and without the regenerating grace of the Holy Spirit, they are neither able nor willing to turn to God, to reform the depravity of their nature, nor to dispose themselves for reformation.”[1]

When a term such a “total depravity” is used, there is the tendency to reject such a concept, due to the belief that man can do good. After all, is not helping that little old lady to cross the street with no desire for repayment known as a “good deed”? Does such an action then mean that man is not totally depraved in all their actions? Man can act with kindness towards one another. Random acts of kindness, however many, cannot outweigh even one sinful act as noted in the above definition of total depravity.

There are a number of Scripture references that speak to this reality:

From this small sampling of passages, it is evident that the heart of man, apart from God, is wicked—unable to correct its sinful nature, focused on the deeds of the flesh. There is no element or amount of good deeds that can be done to save man from the penalty of sin, which is death. Since all men are sinners and have broken God’s law, the solution to man’s inhumanity (or sin nature) cannot reside in societal efforts, government spending, or the “Star Trekkian” dream that, one day in the future, man will somehow “figure it all out” and will treat one another with the utmost love and respect. Scripture declares otherwise; left alone to our own devices, man has no hope.

The Solution to the Problem

The situation seems rather grim, as it should. If man is incapable of being good enough to rectify the broken relationship with his Creator, let alone demonstrate any lasting love towards his fellow man, should we then throw up our hands in despair, giving in to our sinful desires? Thankfully, the answer is a resounding no.

God has provided the solution to the issue of total depravity – grace extended to undeserving man through the shed blood of Jesus. The Apostle John notes in 1 John 1:9, “If we confess our sins, he is faithful and just to forgive us our sins and to cleanse us from all unrighteousness.” Confession of sins is a recognition of our state of total depravity and our dependence on God’s grace to be poured out into our lives. Furthermore, concomitant with confessing sin is the act of repentance. As noted by Bryan Chapell:

Crying out to God in a state of repentance from sin results in the Holy Spirit’s taking up residence in our heart, cleaning out the sinful nature, replacing those deleterious passions of the flesh with a love for God, and giving a desire for obedience to His commands. We will still have to deal with the temptation to sin. The Apostle Paul reminds us of this reality in Galatians 5:17, which states, “For the desires of the flesh are against the Spirit, and the desires of the Spirit are against the flesh, for these are opposed to each other, to keep you from doing the things you want to do.”

When we come to know Christ as our Savior, does this mean we are still totally depraved? Given that we will continue to battle against the flesh and the reality that we always must depend on the grace of God through Christ as the solution to this problem, the answer is in-part is yes. John Frame helpfully explains, “The final word about the believer, then, is not corruption, but overcoming. As Paul says, “For sin will have no dominion over you, since you are not under the law but under grace” (Romans 6:14). The corruption of sin remains until death, but it grows weaker and weaker, through the continual strength from the sanctifying Spirit of Christ. Scripture promises victory in Jesus.”[3] The penalty for breaking God’s law is death, but through God’s grace, sin no longer reigns supreme over us, and that penalty of death as a result of our transgressions is covered by the blood of the Lamb.

The world we live in has a sin problem. This issue has existed since Adam and Eve disobeyed God back in the Garden of Eden. That sin resulted in expulsion from the Garden and the presence of God, as well as the imputation of a sinful nature to each succeeding generation. Man is totally depraved, and without help from God, we would be doomed. God in His great love and mercy has provided an answer. He sent His Son to pay the penalty for sin, to redeem us to Himself, to restore the broken relationship between man and Creator, and to one day fully and finally fix all that has been broken and marred by sin.