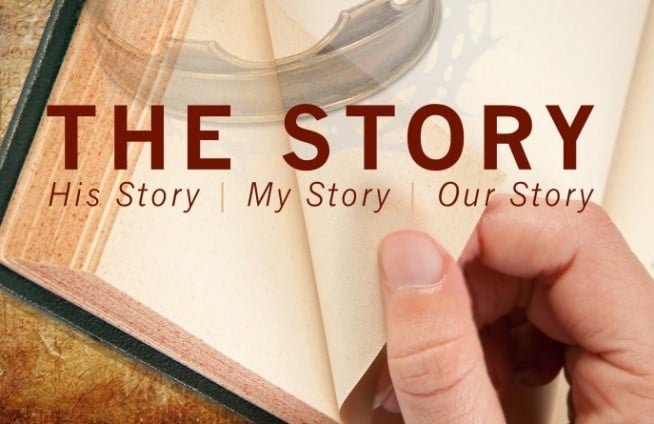 Who Titles Your Life Story?

Two Editors to Your Life Story

Your life is a story.

And two people seek to write the title to your story.

Satan seeks to title your life story using the lens of shame, guilt, sin, and condemnation.

Satan’s story is the story of the law…which condemns.

The Author of Life is the only One with the right to name your story.

He—Christ Jesus—names your story through the lens of grace, forgiveness, the cross, justification, reconciliation, regeneration, and redemption.

Christ’s story is the story of the gospel…that forgives and makes all things new.

If King David were to allow Satan to write the title to his life story, what would that title be?

“The King of Sin and Shame!”

No. David ends up in Christ’s Faith Hall of Fame.

“By faith the prostitute Rahab, because she welcomed the spies, was not killed with those who were disobedient. And what more shall I say? I do not have time to tell about Gideon, Barak, Samson, and Jephthah, and about David and Samuel and the prophets who through faith conquered kingdoms, administered justice, and gained what was promised; who shut the mouths of lions, quenched the fury of the flames, and escaped the edge of the sword; whose weakness was turned to strength; and who became powerful in battle and routed foreign armies” (Hebrews 11:31-34).

Did you catch who made Christ’s Faith Hall of Fame?

“Man After God’s Own Heart.”

Here it is, right in inspired, inerrant Scripture:

“After removing Saul, he made David their king. God testified concerning him: ‘I have found David son of Jesse, a man after my own heart; he will do everything I want him to do.’ “From this man’s descendants God has brought to Israel the Savior Jesus, as he promised” (Acts 13:22-23).

David’s life story is sandwiched by grace. By grace, he is a man after God’s own heart. In the flesh, he sins gravely. By grace from David’s descendants, God brings forth the Savior Jesus.

Let the Gospel Rewrite the Title to Your Life Story

Martin Luther understood how Christ’s gospel of grace rewrites our sinful, shameful life story. Luther points us to the center of Scripture—the comfort of the gospel.

“It is a falsehood, that God is an enemy of sinners, for Christ roundly and plainly declares, by commandment of the Father: ‘I am come to save sinners.’”

When we are tempted by the devil to doubt the grace of God, Luther encourages us to fight Satan’s condemning lies with gospel-grace truth.

“When the devil casts up to us our sin and declares us unworthy of death and hell, we must say: ‘I confess that I am worthy of death and hell. What more have you to say?’ ‘Then you will be lost forever!’ ‘Not in the least: for I know One who suffered for me and made satisfaction for my sins, and his name is Jesus Christ, the Son of God. So long as he shall live, I shall live also.’”

Spit on the Devil

“Therefore treat the devil thus: Spit on him, and say: ‘Have I sinned? Well, then I have sinned, and I am sorry; but I will not on that account despair, for Christ has borne and taken away all my sin, yes, and the sin of the whole world, if it will only confess its sin and believe on Christ. What should I do if I had committed murder or adultery, or even crucified Christ? Why, even then, I should be forgiven, as he prayed on the cross: ‘Father, forgive them’ (Luke xxiii. 34). This I am in duty bound to believe. I have been acquitted. Then away with you, devil!’”

Luther urges us to “depend boldly upon this” in order to experience peace with God:

“Christ is not the one who accuses or threatens us, but he reconciles and intercedes for us by his own death and by his shed blood for us, that we may not be afraid of him, but draw near to him with all confidence.”

Luther counsels us to draw near to Christ with full confidence and assurance of his love. Awareness of God’s grace friendship has the power to entice prodigals to return home to the Father:

“Believe that he esteems and loves you more than does Dr. Luther or any other Christian. The conscience, spurred by the devil, the flesh, and the fallen world; says, “God is your enemy. Give up in despair.” God, in His own Fatherly love and through His Son’s grace and through His Word and through the witness of His people; says, “I have no wrath. You are accepted in the beloved. I am not angry with you. We are reconciled!”

Title Your Story through the Lens of the Gospel

Who is writing the title to your life story?

This post first appeared at RPM Ministries and is posted here with permission. 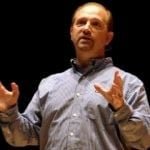 Bob is the Vice President for Institutional Development and Chair of the Biblical Counseling Department at Crossroads Bible College, and the Founder and CEO of RPM Ministries. For seventeen years he served as the founding Chairman of and Professor in the MA in Christian Counseling and Discipleship department at Capital Bible Seminary in Lanham, MD. Bob was also the founding Executive Director of the Biblical Counseling Coalition, where he served for six years. Bob has pastored three churches and equipped biblical counselors in each church. Bob and his wife, Shirley, have been married for thirty-five years; they have two adult children, Josh and Marie, one daughter-in-law, Andi, and two granddaughters, Naomi and Penelope. Dr. Kellemen is the author of thirteen books including Gospel-Centered Counseling and Gospel Conversations.