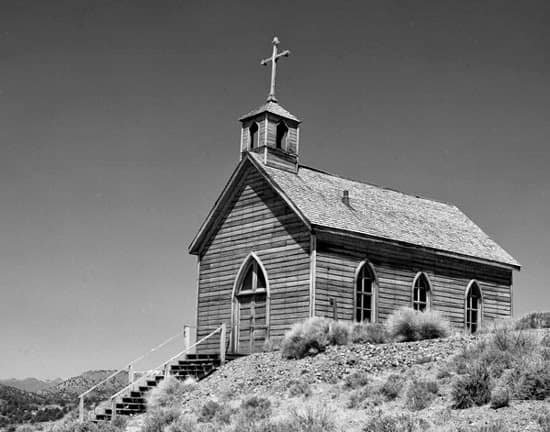 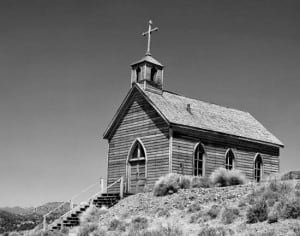 I’m sure you’ve read the blogs and articles regarding the reasons why people don’t attend church. Among these lists, I’m sure you will find reasons such as “the church is full of hypocrites” or the person asked had a “bad experience with someone in church.” Regardless of how one phrases this reason, it comes down to one particular truth – someone who claimed to be a Christian lived in a way that appeared to deny the truth they professed. Can I just say that their reason for not attending church is valid? I mean, who would want to be around a group of people who said one thing but did another?

As the Church we must examine the Truth we proclaim and subsequently how we portray the Truth. One of the books that promotes this line of thinking is The Gospel in a Pluralist Society by Lesslie Newbigin. His incorporation of thoughtful theology mixed with a missional relevance helped shaped the way I think about the mission of God in this world. The key for Newbigin’s understanding of the gospel and its impact is demonstrated when he states:

I have come to feel that the primary reality of which we have to take account in seeking for a Christian impact on public life is the Christian congregation. How is it possible that the gospel should be credible, that people should come to believe that the power which has the last word in human affairs is represented by a man hanging on a cross? I am suggesting that the only answer, the only hermeneutic of the gospel, is a congregation of men and women who believe it and live by it.

Why Does the Church Exist?

With this in mind, the issue comes down to a failure to understand the role of the Church in the world. As you read the pages of the New Testament, it becomes clear that the Church does not exist for itself. Rather it exists to reveal a truthfulness of the gospel of Jesus. This truth is theologically grounded in the New Testament. I’m going to list three key truths that should shape the way we think about the role of the Church.

The Church brings together eschatology (ends times) and ecclesiology (the church). The New Testament presents the truth that God’s reign had arrived through the person and work of Jesus resulting in the formation of a new community (Ephesians 2:1-23). The future has irrupted in the present. The Kingdom has already arrived and the Church is the means through which the reality of God’s Kingdom is manifested on earth. We are the community of the future, a signpost to the New Creation in the midst of the Old. God is actively working in the world right now to restore it and the evidence of this is the Church. We were once individuals dead in our sin but now we are alive in Christ. Thus those in Christ are a New Creation (2 Corinthians 5:17-21). With this understanding the Church is a community of hope, longing for the Day of Resurrection and renewal. We are an already/not yet people.

Living within this already/not yet paradigm shapes the way we ought to think about how the New Community functions in this world. The New Testament presents the Church as priestly exilic community that stands in contrast to the way of the world (1 Peter 2:9-10). To say it a different way – the Church is an alternative society. This means the community of Jesus mediates God’s love, grace, and mercy to a lost and broken world. As we have received love from Him, we give that love to others. This stands in contrast to a world worships the idol of self and partakes in the ordinance of pride. The community of the Crucified and Risen One embodies His message of love to the world.

When Jesus ascended into Heaven to reign as Lord, He sent the Spirit to create a people for Himself who acts like Him (Acts 2:42-47). It is here that ethics provide an interpretative key in understanding the gospel. By living, we reveal what we truly believe. The indicatives of the gospel drive the imperatives of ethics. How the community lives actually matters as it relates to how one perceives the truthfulness of the gospel. As the community embraces and lives out the gospel, the world is watching. This is why when a “celebrity Christian” falls, the world is quick to show the contradiction. Although it is unfortunate that people’s sins are plastered all over social media when this occurs, dare I say it is a contradiction when one claims to be a Christian but lives contrary to it.. The Church, made up of individuals who profess faith in Jesus, are called to live according to His teaching. Doing so reveals the truth of the gospel.

I must confess that I’ve had similar experiences where someone who claimed to follow Jesus acted in a way that contradicted His teaching. Unfortunately I’ve acted in ways that contradict the gospel. But let’s be honest – sin has a way of distorting our witness to the world. Thankfully the New Testament states that when someone does not live up to the gospel we can trust that there is forgiveness in Jesus (1 John 1:8-10). Or when someone wrongs us we forgive them (Matthew 18:15-35). Therefore, the community of Jesus is a community that operates on forgiveness. It is here that the failure to live up to the gospel doesn’t negate the truth. Rather it actually reveals the whole point of the gospel. Christ had to die to forgive us of sin and now we are called to extend it to others. The stones may come our way when we fail but we can trust in the gospel of forgiveness. This I’m convinced is critical in understanding the gospel. The best apologetic for the gospel is a community living the gospel out in the world. 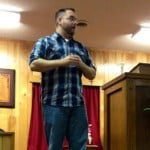