Galatians 5:1, “For freedom Christ has set us free; stand firm therefore, and do not submit again to a yoke of slavery.”

Freedom is certainly a relevant word in our time. It evokes images of armed soldiers fighting with valor and a flag. Or perhaps of people marching to the town square holding signs. Deep down, the word ignites a hunger for unhindered independence. We long to be free.

That thirst for independence can also be a longing to do as we wish; freedom from restrictions, which is a deep-seated desire for self-rule, is something most of us carry. So, what freedom is Paul referring to here in Galatians 5:1, and, why does he exhort to stand firm and not submit to a yoke of slavery?

Freedom Even Inside a Cage

I once heard[i] Christian apologist Ravi Zacharias tell the story of an inmate he met while visiting Angola Prison in Louisiana. He asked the man who’d been sentenced to life without parole a question, “What did it mean to him, to be there?” The man replied to Ravi that for the first time in his life, he was free.

The infamous state penitentiary known for housing hard criminals was the dwelling of this man whose crimes were so formidable his sentence would remain permanently, unchanged but not his life. Though he’d be in prison for the rest of his days, he was now free. How can that be? With a life permanently restricted to the same meals picked by others, the same schedule someone else dictates, and in the same facility – not of his choosing, he felt free for the first time. There was a before, and after meeting Jesus that gave this man a freedom, his physical prison could not confine. The change occurred at the heart level, not in his circumstances. Living by faith in Jesus changes everything, even when “nothing” does.

I think of the Apostle Paul. We know from his letters that his life only got harder after his conversion. They tell of his ministry, which led to shipwreck, beatings, imprisonment, and, eventually, death. Yet he said that the life he lived, he lived by faith (Galatians 2:20).

Every day, we all put our faith in something. We put our faith in the system when we elect political leaders, or with the people we confide in, even in the chair we trust will hold our weight. It’s not wrong to trust these, but they all have the capacity to fail.

In our flesh, we are subject to pain and sorrow. The drastic change came, not in the dire reality of his daily life, but from the Spirit who sovereignly changed his heart and outlook towards his circumstances. Freedom in Christ goes deeper than the physical confines of prison, for you see what the inmate experienced at the outset was freedom from the shackles of sin that put him in federal prison in the first place.

Freedom is a Home

2 Corinthians 5:1, “For we know that if the tent that is our earthly home is destroyed, we have a building from God, a house not made with hands, eternal in the heavens.”

With these words, Paul offers a powerful image that informs us where our ultimate dwelling is found. The promise of a building from God, a house not made with hands, is what freed the inmate from Angola prison, even with a permanent sentence. The freedom we’ve been set free from is the freedom to live our life in Christ, knowing fully the one to come in heaven. The hope of that reality begins right now.

In a sense, we’re all prone to live chained to something. Our prison may not be a correctional facility, but we still live bound. Perhaps faulty narratives keep us chained to certain behaviors. Maybe our discontent with our current lot keeps us in the “I wish I had more______” tether. Whatever our shackles, the freedom we long for is found in Christ alone.

With him, we can stand firm because we stand on the Rock of Ages. He offers freedom from the prison cell of our sin through Christ alone. And he is with us in all circumstances, wherever we are. His yoke is easy, and his burden is light. He is our freedom.

[i] If you would like to hear Ravi discuss this  you can in the following Youtube video https://www.youtube.com/watch?v=aCZt6GeqnKs 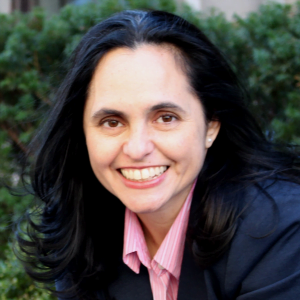 Paola was born in Spanish, lives in French, and thinks in English. She loves words and uses them as arrows to point to the best words she knows–those left by our Maker and found in Scripture. She’s a writer, speaker, and mentor. Canadian through the gift of immigration, she loves cold, snowy winters, and lives with her husband Gustavo in the beautiful, bilingual, postmodern city of Montreal.