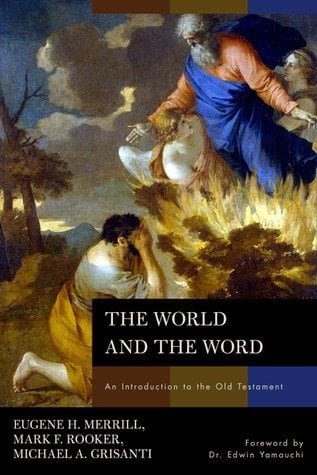 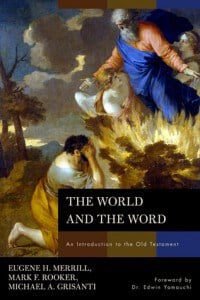 The work of scholars Eugene Merrill, Mark Rooker, and Michael Grisanti, this book clearly reveals the years of experience these men have in teaching these Old Testament texts to their students. Throughout this book, their theological acumen and scholarly insight are clearly revealed in a way that will hit the mark with seasoned theologians and the average laymen alike. In fact, I honestly wish I had this book as a resource during my time spent in Bible College and seminary.

As with most survey books, this one begins by addressing historical issues related to the Old Testament, the cultural setting, and how an understanding of the Old Testament can be informed to some degree by other Ancient Near Eastern (ANE) literature of the period. Other introductory topics the authors discuss include matters of composition, canonicity, the transmission of the text through the centuries, and textual criticism. Finally, before they jump into their analysis of the Old Testament sections and the books contained therein, the authors engage the historical-critical method while also providing the reader with their perspective on the current state of Old Testament scholarship. While many may feel the temptation to skip over the topics discussed in the first part of this survey, they should resist such an urge as these issues are necessary to understand before one can begin to dig into the books of the Old Testament. The authors do an excellent job of helping the reader better understand these matters.

The remainder of this book contains a book by books analysis of the Old Testament. The authors group the Old Testament books into the Pentateuch, the Historical Books, the Prophetic Books, and the Poetic Books. With a few exceptions, their walk through the Old Testament follows the book order most are used to seeing in their Bibles with Job and Lamentations being the only two “out of order”. The discussion of each book of the Old Testament follows a similar pattern in each chapter. Matters of the title and canonicity are addressed first, the composition and date of authorship discussed next, followed by the structure and outline of the book, concluding with an overview of what can be found in the text.

I found the analysis and comments of the authors to be biblically sound. While the various positions taken by both liberal and conservative scholars are addressed and rightfully so, the authors consistently take the conservative position on matters of theology and textual criticism, noting to the reader throughout that God’s Word does reveal God’s actions with real people in real history. For example, despite the repeated assertions by liberal scholars that the Genesis creation and flood accounts are simply a mythical polemic against the ANE gods, Grisanti rightly notes the creation account does indeed “provide a reliable presentation of what happened during the creation week and in the worldwide flood.” I also appreciated that the authors take a young earth approach to the creation account, noting the inherent problems with theistic evolution and old-earth creationism, in particular how both theistic evolution and old-earth creationism place far too much emphasis on evolutionary scientific data.

What is particular marvelous about this book is that the authors include study questions at the conclusion of each chapter. This means that rather than just providing their comments, the inclusion of study questions help the reader dig that much deeper into what was discussed. I also appreciated the lengthy suggestions of texts for further study included in each chapter. As a bibliophile, I am quite positive I will be taking a look at each chapter to see what books the authors have recommended that might need to become part of my home library or that can assist me in further studies of the Old Testament. As if those two additions were not helpful enough, there is also a collection of colorful maps in the back of this book. Maps are an often overlooked part of Bible study and I am increasingly becoming more aware of the need to take a look at such maps to better orient myself with the towns, empires, and geographical locations noted in the Old Testament.

If you are looking for an outstanding Old Testament introduction or survey text, then I highly recommend The World and the Word. This would make an excellent addition to any Bible College or seminary curriculum. Furthermore, I firmly believe that all believers will find this book highly useful as they examine and gain a firm understanding of the Old Testament. It is a resource the reader will return to again and again for many years.

I received this book for free from B&H Academic for this review. I was not required to write a positive review. The opinions I have expressed are my own. I am disclosing this in accordance with the Federal Trade Commission’s 16 CFR, Part 255: “Guides Concerning the Use of Endorsements and Testimonials in Advertising.”