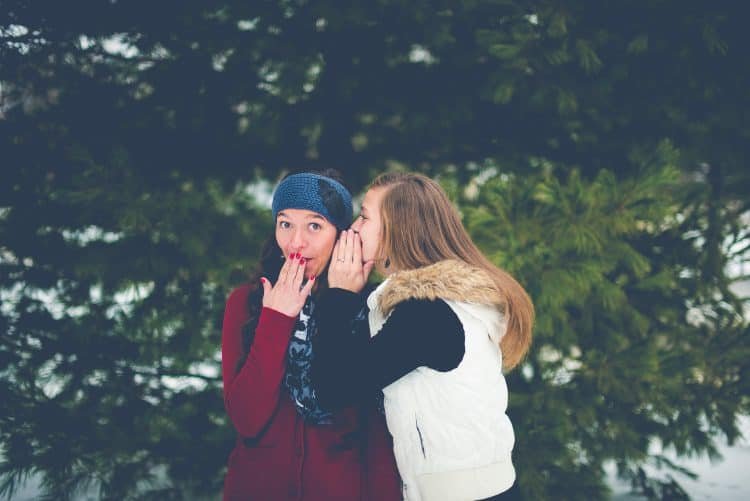 by James Williams | Aug 9, 2018 | Featured, The Gospel and the Christian Life

As an 80s kid, Ghostbusters was a big part of my childhood as I was a huge fan. I would wait with anticipation to watch the cartoons each week, and playing with the action figures (I owned them all) got me through the commercials. I even had my own ‘proton pack’ with which I rescued our family from many dangerous enemies. In the first movie, the story climaxes when the enemy, Gozer, tells the Ghostbusters the next thought that enters their mind is what will destroy the world. They try to empty their minds, but one of them thinks of the ‘Stay Puft Marshmallow Man.’ Soon, a giant marshmallow man is walking the streets of New York leaving a path of destruction. While such a seemingly harmless enemy, it would have been the very cause of the end of the world had the Ghostbusters not saved the day.

Such an unlikely enemy also shows up in Proverbs 26. In this chapter, we are warned about four types of people: the fool, the sluggard, the whisperer, and the one who hates. We seem to understand the danger of being foolish, lazy, and hateful. But, a whisperer? That doesn’t seem so bad. Sounds quiet and peaceful, much like a marshmallow man.

Here’s what Proverbs teaches about the whisperer: “For lack of wood the fire goes out, and where there is no whisperer, quarreling ceases. As charcoal to hot embers and wood to fire, so is a quarrelsome man for kindling strife. The words of a whisperer are like delicious morsels; they go down into the inner parts of the body.” (Proverbs 26:20-22).

One of the first things I built when we moved to our house was a fire pit. There’s something moving about sitting outside enjoying God’s creation and watching the mystery of fire as it consumes the logs. However, it doesn’t take an outdoorsman to understand what happens to the fire when you don’t feed it more wood: it goes out; it ceases to burn. Proverbs 26:20 teaches that when you remove the whisperer, quarreling ceases.

The whisperer quietly causes contention. Even the word ‘whisperer’ conjures up images of subtly. A shouter gets immediate attention whether good or bad, but the whisperer takes a more discreet route. He’s sly with his words. Like a rat that scrounges about at night looking for food, or the cockroach that scatters at the flick of a light switch, so the whisperer goes about in secrecy moving from one listening ear to the next. He spreads his divisive words with impeccable craftiness so as to not be noticed.

Verse 22 tells us his words go down like delicious morsels. He’s careful not to say his evil intentions explicitly, for then we would easily recognize him. Rather, he skillfully guides you with his words until you reach his conclusion on your own. He’s a master manipulator that sweetens his poison, so you don’t notice the toxicity of the words you’re digesting.

Left unchecked, these toxic words create division and stir strife; they breed distrust and feed suspicion. Instead of a culture of grace and love, the whisperer creates a culture of fear and skepticism.

Heeding the Warning of Scripture

I think there are two reasons Scripture warns us about the damaging effects of the whisperer. The first reason is that we might search our own hearts: Do I play the role of the whisperer at times? Do I secretly whisper about others instead of going to them directly? Am I guilty of manipulating others by what I tell them, hoping they’ll support me or my cause? The Lord will bring to light all that is done in secret, but the good news is that we can confess and repent of our sins and God will forgive us. It’s better to humble ourselves than for the Lord to humble us.

The second reason we are warned about this whisperer is so that we’ll not fall prey to his ploys. There are whisperers in every institution, but may we heed the warning from Proverbs to keep them from reigning freely in the church. Let us not allow their sweet words to deceive us nor give them an ear. By being alert, we will stop much quarreling before it starts. After all, it’s better to prevent a fire rather allowing one to get out of control.