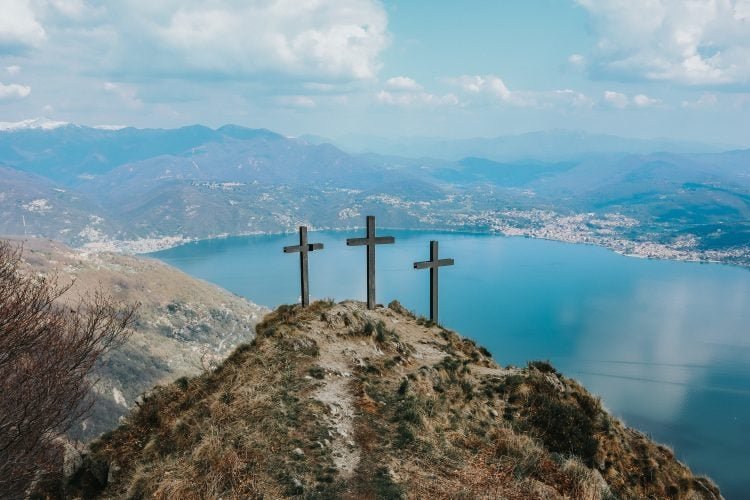 The big idea in Hebrews chapter 1 is the point of all of Hebrews: the Son is superior to all others because in Him we have the fullness and finality of God’s redemption and revelation. We do pretty well understanding the fullness piece. Everything in the days “long ago” was pointing to Christ, and everything was completed in Christ. He is the fulfillment of centuries of predications, prophecies, and types. That’s the fullness part of the equation.

But, just as important is the finality of Christ’s work. God has definitively made Himself known. Christ has once for all paid for our sins. He came to earth, lived among us, died on the cross, and cried out in the dying moments, “It is finished!” We are awaiting no other king to rule over us. We need no other ‘prophet’ like Mohammed. There can be no further priest to atone for our sins. The work of redemption has been completed.

And we must not separate redemption from revelation. Both were finished and fulfilled in the Son. The word of God versus the Word of God—the  Bible versus Jesus, the Scriptures versus the Son—Hebrews gives no room for these diabolical antitheses. True, the Bible is not Jesus; the Scripture is not the Son. The words of the Bible and the Word made flesh are distinct, but they are also inseparable. Every act of redemption—from the Exodus, to the return from exile, to the cross itself—is also a revelation. They tell us something about the nature of sin, the way of salvation, and the character of God. Likewise, the point of revelation is always to redeem. The words of the prophets and the apostles are not meant to make us smart, but to get us saved. Redemption reveals. Revelation redeems. And Christ is both. He is God’s full and final act of redemption, and God’s full and final revelation of Himself.

Even the later teachings of the apostles were simply the remembrances of what Christ said (John 14:26) and the further Spirit-wrought explanation of all that He was and all that He accomplished (John 16:13-15).

Does this mean God no longer speaks? Not at all. But we must think carefully about how He speaks in these last days. God now speaks through His Son. Think about the three offices of Christ—Prophet, Priest, and King. In the tension of the already and not yet, Christ has finished His work in each office. And yet, He continues to work through that finished work.

As a King, Christ is already seated on the throne and already reigns from Heaven, but the inauguration of His kingdom is not the same as the consummation of it. There are still enemies to subdue under His feet (Hebrews 2:8).

As a Priest, Christ has fully paid for all our sins with precious blood, once for all, never to be repeated again. And yet, this great salvation must still be freely offered and Christ must keep us in it (Hebrews 2:3).

Finally, as a Prophet, God has decisively spoken in/through His Son. He has shown us all we need to know, believe, and do. There is nothing more to say. And yet, God keeps speaking through what He has already said. The Word of God is living and active (Hebrews 4:12), and when the Scriptures are read the Holy Spirit still speaks (Hebrews 3:7).

So, yes, God still speaks. He is not silent. He communicates with us personally and directly. But this ongoing speech is not ongoing revelation. “The Holy Spirit no longer reveals any new doctrines, but takes everything from Christ (John 16:14).

Herman Bavinck writes, “In Christ God’s revelation has been completed.”[2] In these last days, God speaks to us not by many and various ways, but in one way, through His Son. And He speaks through His Son by the revelation of the Son’s redeeming work that we find first predicted and prefigured in the Old Testament, then recorded in the gospels, and finally unpacked by the Spirit through the apostles in the rest of the New Testament.

Scripture is enough because the work of Christ is enough. They stand or fall together. The Son’s redemption and the Son’s revelation must both be sufficient. And as such, there is nothing more to be done and nothing more to be known for our salvation, and for our Christian walk, than what we see and know about Christ and through Christ in His Spirit’s book. Frame is right:

While God certainly illumines His Word and may impress upon us direct applications from His Word, He does not speak apart from the Word. Or, as Packer puts it, more tersely but no less truly, “There are no words of God spoken to us at all today except the words of Scripture.”[4]