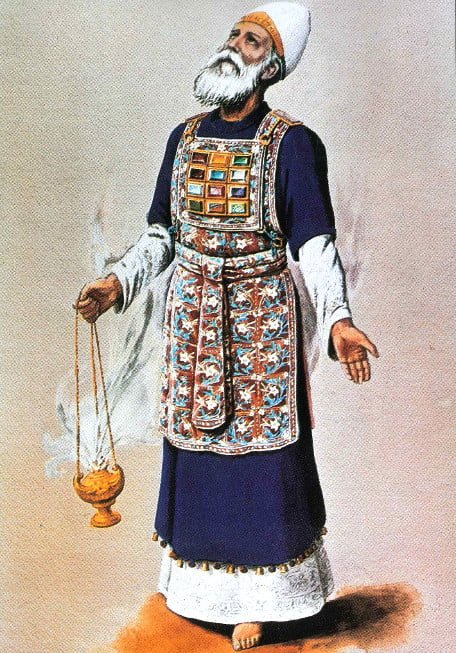 The writer of Hebrews focuses not on any earthly ministry—not on believers and not on an earthly priest—but on Jesus Christ in heaven. It is His person and work that the author of Hebrews has been expounding on since the beginning of chapter 7. It was Christ who draws the attention of the reader to verse 1, “The point in what we are saying is this: we have such a high priest.”

The final section of Hebrews 7 served as the climax of a crescendo that had been building throughout the chapter. Now, at the beginning of chapter 8, the author regroups and prepares the reader for the next climb up to a higher level still. The main point the author wants the reader to grasp before moving onward is the superiority of Christ’s priestly ministry in Heaven.

Chapter seven concludes by saying that Christ “has been made perfect” (Hebrews 7:28). Now Hebrews 8 continues by saying, “We have such a high priest”—that is a perfect one. Whereas the earthly priests of Israel were imperfect, Christ is perfect. This speaks both to His sinless person and to His work on earth that accomplished all that was needed for Him to be a high priest forever. Jesus was perfect in His person from start to finish in His earthly life, but His work on our behalf was also perfect.

Jesus is Both Priest and King

Believers have such a high priest, as we read, “…who is seated at the right hand of the throne of Majesty in heaven” (Hebrews 8:1). In other words, Jesus has taken His royal place at Heaven’s throne. This is never true in Israel; the men who ruled as kings were not the men who served before the Lord as priests. Christians have One who ascends to the throne over His people; the One who comes to play such a pivotal role on their behalf, the King who single-handedly determines God’s attitude toward all his people, is none other than the great High Priest, Jesus Christ. His kingdom is an everlasting kingdom, and He will reign forever and ever. This is good news for Christians, because they need not fear a change in regime since He is an everlasting King, ruling an everlasting Kingdom.

The superiority of Christ also draws attention to the “one who is seated” (Hebrews 8:1). Jesus sitting emphasizes that His work is accomplished once for all, a superior ministry that offers final eternal peace to weary sinners, now forgiven and accepted by God in Heaven. There is nothing more for Him to do to win His people to salvation, nothing more for them to do than to rest with joy in Him. The salvation He accomplished is truly “finished”.

The superiority of Christ’s priestly ministry is the power with which He presently reigns. Hebrews 8:1 says He sits at the right hand of the Majesty in Heaven—that is, of God the Father Himself. Matthew Henry explains:

“The authority he exercises for the glory of his Father, for his own honour, and for the happiness of all who belong to him; and he will by his almighty power bring every one of them in their own order to the right hand of God in heaven, as members of his mystical body, that where he is they may be also.”[1]

Christ and the Assurance of the Christian

The assurance of the believer is grounded in the fact that Christ is seated in Heaven. Jesus is the forerunner of His people—for they are seated in Heaven—and guarantees their place. This is what Paul is getting at in Ephesians 2:6 when he says of Jesus, “and raised us up with him and seated us with him in the heavenly places in Christ Jesus.” Paul could say this in the past tense—that believers have already been raised and seated with Christ, because Jesus is there for them; in Him shall they be there too and even are represented there now. Thus, Christians learn that they find full assurance of salvation in Christ, who is seated in Heaven. Because of His authority in Heaven, Jesus is confident of our salvation, saying in John’s Gospel: “And this is the will of him who sent me, that I should lose nothing of all that he has given me, but raise it up on the last day” (John 6:39).

Believers can be confident of their salvation because they are in Christ, who is seated in Heaven, and also because Christ is in His people. He is working with the power of the Holy Spirit, who is at work in their hearts, because He is the One who has been crucified—dead to sin’s influence, He is victorious over sin. Jesus is alive with resurrection power and is reigning with authority. The Westminster Shorter Catechism explains that Jesus fulfills His office as King “in subduing us to himself, in ruling and defending us, and in restraining and conquering all his and our enemies.”[2]

He has the power to win His people’s hearts, to rule them, to govern them, to shape and change them, and to protect them in their pilgrim quest through a dark and dangerous world. Therefore, Christians ought to not be afraid, since Christ’s superior ministry wins their salvations and guarantees it from the throne at God’s right hand.

The Superiority of Christ

The final feature of Christ’s superiority is laid out in verse 2, which says that the High Priest, Jesus, is “a minister in the holy places, in the true tent that the Lord set up, not man.” This theme is picked up in Hebrews 8:4-5, “Now if he were on earth, he would not be a priest at all, since there are priests who offer gifts according to the law. They serve a copy and shadow of the heavenly things. For when Moses was about to erect the tent, he was instructed by God, saying, “See that you make everything according to the pattern that was shown you on the mountain.””

This statement fends off criticism that was leveled against Christians by the Jewish community—namely that Christians had no priest. The writer of the Hebrews insists that this is not a sign of weakness, but rather of Christianity’s superiority. Christians have a priest, but not one on the earth. Indeed, the earthly priesthood is nothing more than a “copy and shadow” of the true priestly ministry in Heaven, which is the priesthood of Jesus Christ.

Jesus is not just a pilgrim on His way. The cross is no longer before Him. He has no more trials, no more foes, no more work to be done. He has arrived at His appointed destination, and there He ministers for His people, until He comes again to bring history to a close. Jesus is there in Heaven, the true tabernacle where God Himself dwells, and it is the goal of His superior ministry to bring His people to where He is: near to God in Heaven. It is His work to do all these things for those He saved, and He will do it. He is Himself, as he said in John 14:6, “Jesus said to him, “I am the way, and the truth, and the life. No one comes to the Father except through me.”” When God’s people come to Jesus, he brings them to God, to Heaven, and to eternal life. He brings His people home because He knows the way and has opened it for them.

The Superiority of Jesus’ Covenant

Hebrews 8:6 wraps up the discussion on the superiority of Jesus’ ministry by stating that His covenant is superior, having better promises. The covenant Jesus offers us a better covenant—a better way of salvation—better than anything ever offered to mankind before. It is superior because Jesus is superior, since His work actually saves His people. He doesn’t give His people the chance to be saved, to save themselves, or to be saved by others—He saves them.

He wins His people’s salvation by His perfect and finished work, a work so finished that He sat down. He applies that salvation to His people with His power and authority, ruling over them, in them, and for them, so that His kingdom will be established. He awaits His people in Heaven; not passively seeing if they will make it. He draws His people to Himself by His divine power. “I will not leave you as orphans; I will come to you” (John 14:18). All of this points to the fact that the salvation Christ accomplished is complete and sure. His ministry is superior in every way because He saves His people to the uttermost.

The recovery of this gospel—which speaks of the sufficiency of Jesus Christ—has always brought joy to the Church. Christians will never have the joy of salvation if they are relying on their own works. But when they rely completely on Christ—both His perfect offering for them and His present ministry on their behalf—they have a joy that nothing can take away. 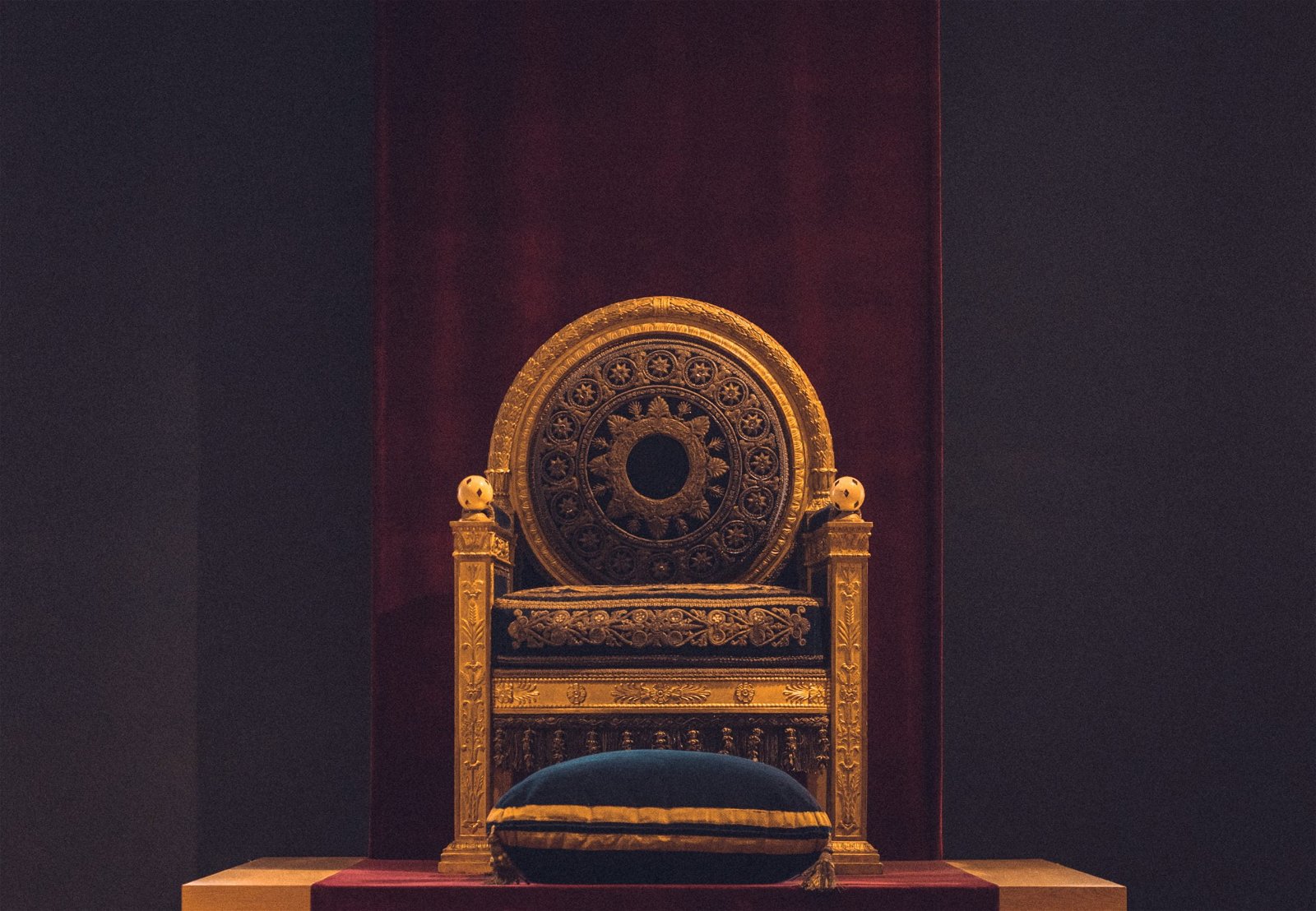 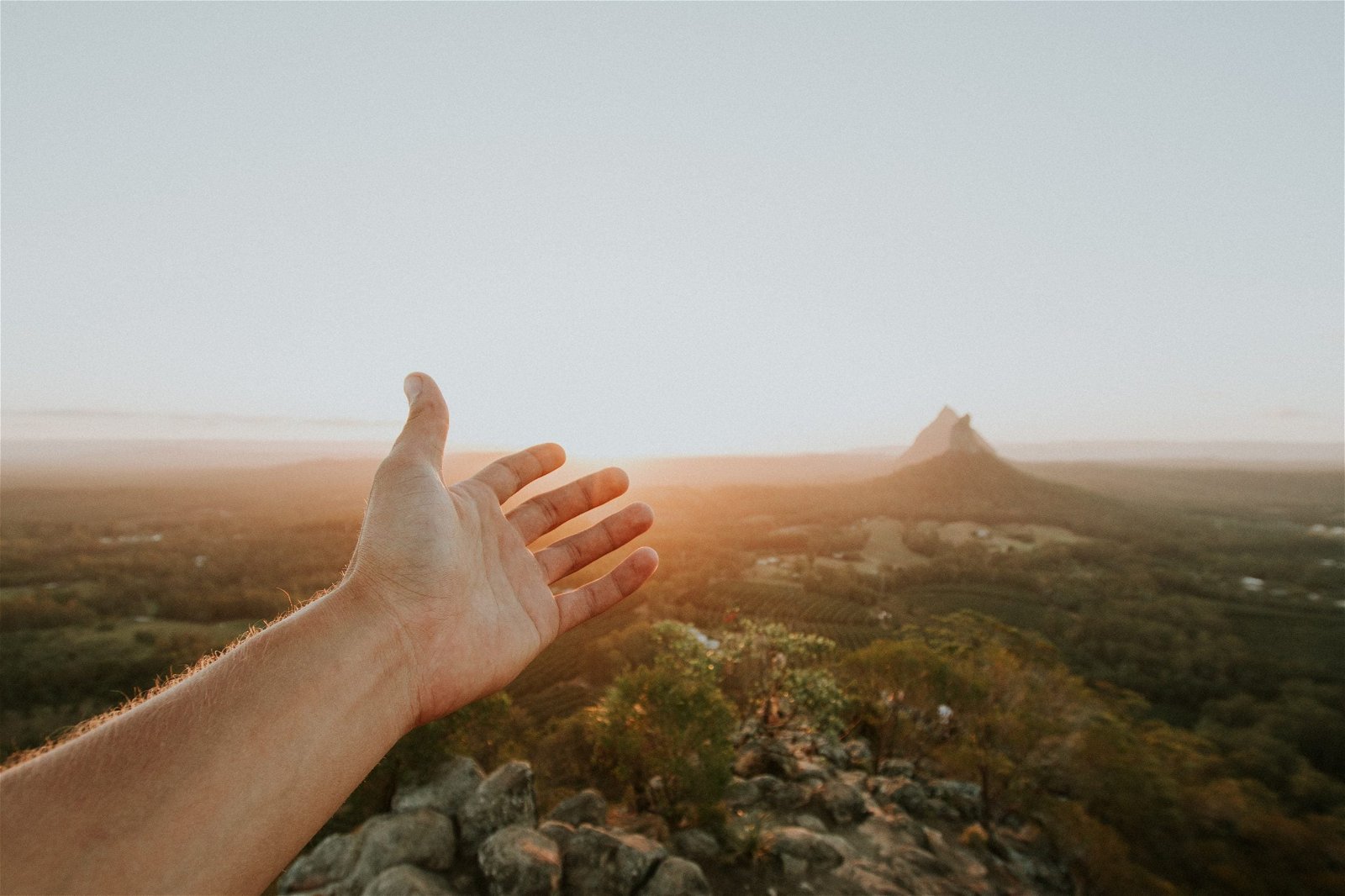 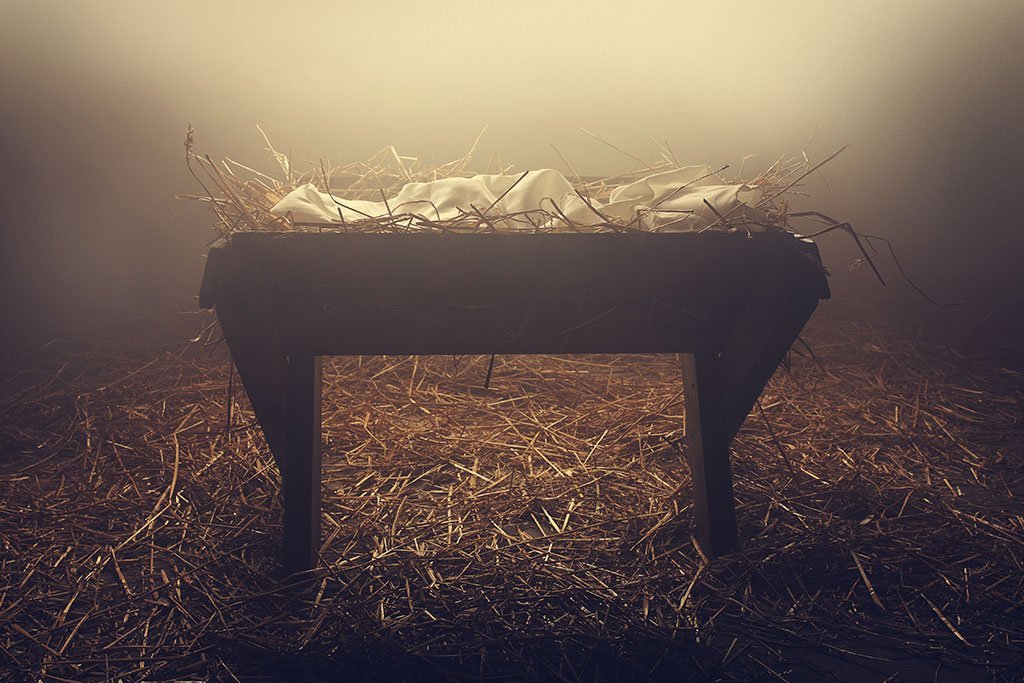 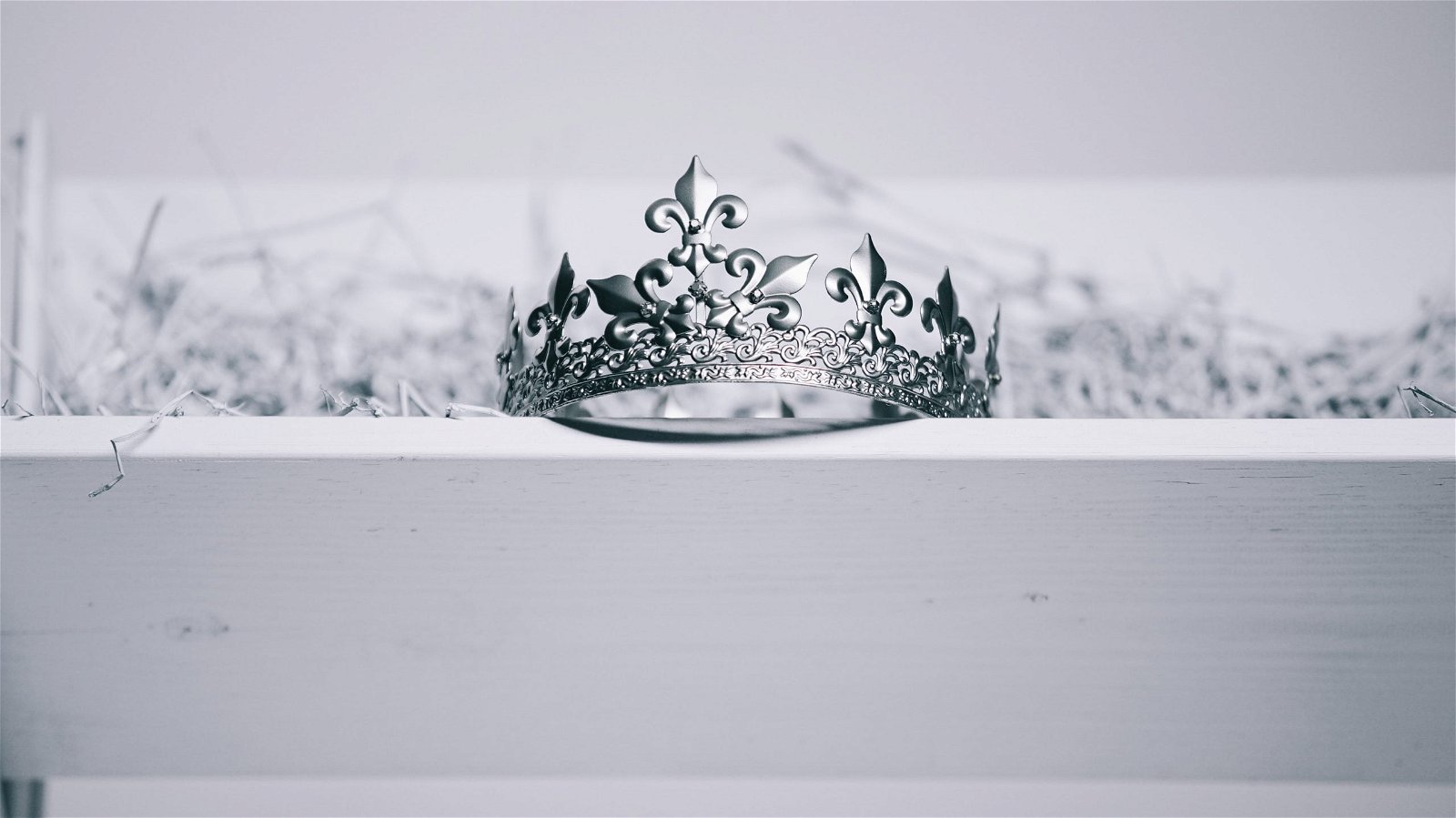 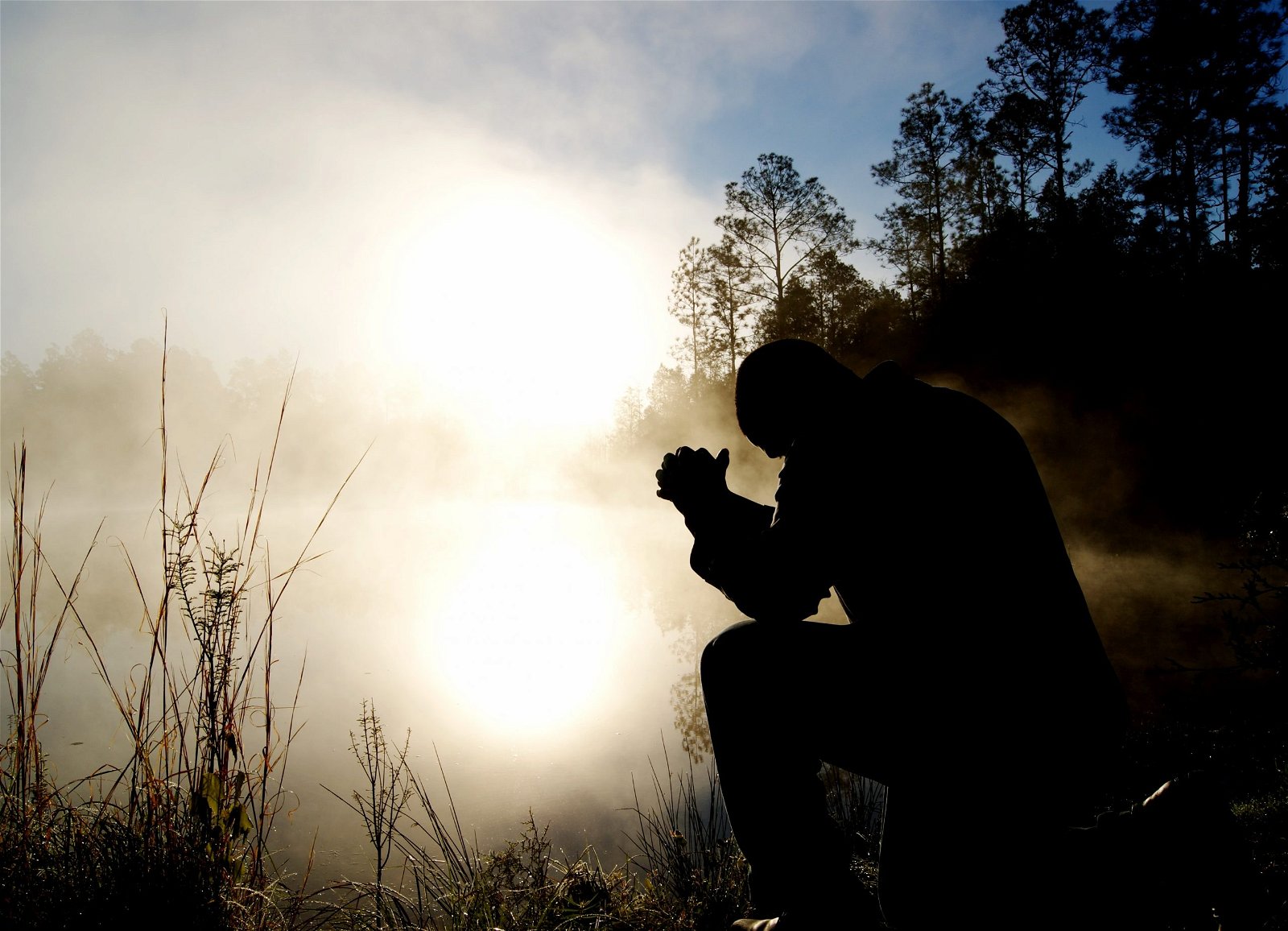