Considering how common streaming services and DVR are today, it’s hard to believe it was just a couple decades ago that if you wanted to watch your favorite television program you had to be in front of your TV at just the right time. If you missed the regularly scheduled time that your favorite TV show was on, you simply missed the show. You couldn’t DVR it or go to Hulu to catch what you missed. It was gone.

What this meant is that if your favorite show ended an episode on a cliffhanger, but you missed the next episode, you were out of luck. You would either have to ask a friend what happened or you would watch the next week’s episode and attempt to piece it all together.

On top of this, if you heard of a show after it was already on for a couple seasons, you couldn’t just go online and watch all the back episodes. You had to pick up the story in the middle and try to figure out the backstory so that what you’re watching made sense.

These were hard times, but somehow we survived.

For those of us who are old enough to remember these moments, we all understand the feeling of both waiting for the next chapter of the story and of trying to piece together the mystery of what happened during the chapters or episodes we missed.

It’s this kind of feeling that Paul talks about in Ephesians 3:3. Starting in v. 1, Paul says, “For this reason I, Paul, a prisoner of Christ Jesus on behalf of you Gentiles— assuming that you have heard of the stewardship of God’s grace that was given to me for you, how the mystery was made known to me by revelation, as I have written briefly” (emphasis mine).

For the Jews this mystery was like missing the episode following a cliffhanger ending. The Jews had been waiting for the Messiah to come with eager anticipation. They guessed at what he would be like and what would happen when he came. But then, when Jesus came, most of them missed it. The question of “what is the Messiah going to be like” was answered, but they didn’t–in many cases wouldn’t–tune in for the answer. Once they found out the Messiah came to make Gentiles “fellow heirs, members of the same body, and partakers of the promise in Christ Jesus through the gospel,” they turned off their TVs.

For the Gentiles the mystery was like coming into a show that had already been on for multiple seasons. They didn’t know the background story, they didn’t know the characters, but then the surprise of all surprises is they found they were invited into this story they didn’t even know existed. Paul implies this in v. 9. He talks about going to the Gentiles and “bringing to light” God’s plan in Christ. Before the Gentiles were in darkness when it came to God’s plan of salvation. They didn’t have a clue. Now, however, God is revealing his plan through Paul who was bringing the light of the gospel to Gentiles who were unable to see it before (because they had essentially missed 2,000 years of previous episodes).

Both Jews and Gentiles thus needed someone who could explain these mysteries. They needed revelation about Jesus from someone who had received revelation from Jesus. Paul was that someone, and praise God that we continue to benefit from his revelation today as he reveals to us what we would have missed: “the unsearchable riches of Christ” (v. 8). 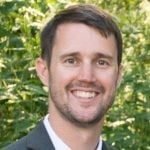 Paul is the pastor and one of the elders at Gateway Community Church in Middleton, WI. He has an M.Div from Denver Seminary. He and his wife Laura have four children.