The Real Goal of Faithfulness to God

Hebrews 11:35, “Women received back their dead by resurrection. Some were tortured, refusing to accept release, so that they might rise again to a better life.”

We tend to seek our happiness in this life versus the next. Some have quibbled that one can be too heavenly minded to be any earthly good. As a result, our focus can be on our paneled houses (Haggai 1:4) rather than our heavenly home. As a middle-class American living in the suburbs, I feel tempted to seek happiness in material things. I feel the tug to pour my energy into earthly plans. However, I have also seen how those temptations can pull my focus and energy away from faithfully following the Lord and spreading his gospel message.

Hebrews 11 is the great Hall of Faith passage. These examples are held up as virtuous ideals for us to follow. Hebrews 11 provides a vision for the faithful life. Hebrews 11, therefore, is vital because faithfulness is the great biblical virtue that leads to salvation.

But, an interesting thing happens in the middle of Hebrews 11:35. The first sentence reads, “Women received back their dead by resurrection.” This is likely a reference to 1 Kings 17:22-23 and 2 Kings 4:36. I find it very appealing when I read that a result of faithfulness is resurrection from the dead. My hope is in heaven and seeing those beloved friends and family again. Further, I wish that faith worked like a magic formula and could have kept those beloved from not dying. If faithfulness is selling resurrection from the dead, I’m buying!

However, the interesting twist is the second sentence of Hebrews 11:35. It reads, “Some were tortured, refusing to accept release, so that they might rise again to a better life.” This is likely a reference to the suffering of God’s People during the Maccabean revolt. Most middle-class American suburbanites will likely pause their purchase if faithfulness is selling torture and imprisonment. However, faithfulness leading to torture and imprisonment is a “better life” here and leads to a “better life” in the hereafter. Hebrews 11:36 is teaching us about a “better life” than self-absorbed materialism in this world.

This verse reminds us of those faithful Huguenot women who chose decades in the Tower of Constance rather than recanting their gospel faith for a works-based righteousness. They grew old in that tower. They were cold and hungry in that tower. They lost their children in that Tower. However, they found something in that Tower that is better than anything this world can offer. Because their faithfulness was not based upon gaining this world, they gained a “better life” in the world to come.

Faithfulness is about being so heavenly minded that you end up becoming earthly good. Pursue faithfulness to the Word, hope in heaven, and you will “rise again to a better life.” 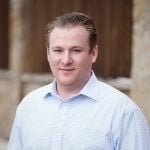