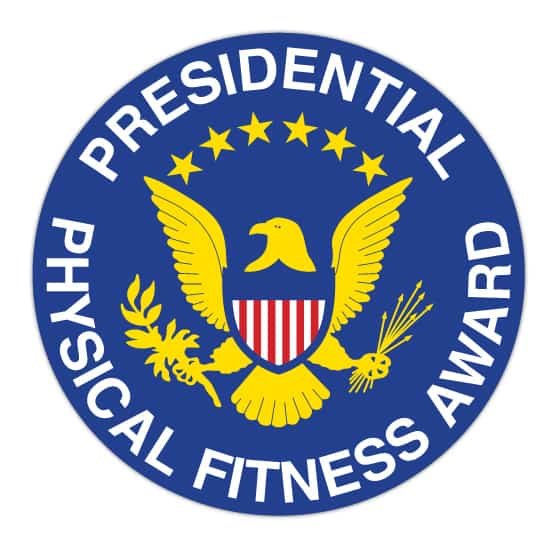 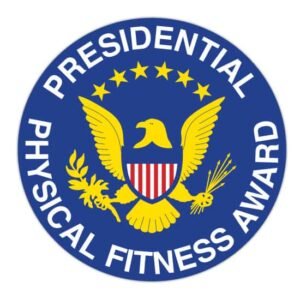 In a concrete bunker, hidden beneath high-tech layers of super-secret stuff, someone resembling Richard Simmons conceived of an idea called the Presidential Fitness Award. Like all super-secret ploys with taxpayer funding, its purpose is to weed out the middle class. Either you have what it takes or you don’t.

I first heard of this prize when I was in high school. In those Pine-Sol linoleum hallways and gym classes, my hormones runneth over and I tried my best to embellish the small traces of manliness frustratingly hidden beneath the volcanic bumps and peach fuzz on my face. I read my first real book in high school—The Pearl by John Steinbeck. I wasn’t the academic go-getter, but I had the distinct privilege of repeating second-grade years before and I wasn’t about to let grades sink me again.

My pursuits of girls and grades, however, were outstripped by my pursuit of athletic fame. I trained and strained. And then I trained and strained some more. When basketball season rolled around, I tried out for the school team. But when my NBA dreams didn’t quite reach the rim—failing to make the JV team (and who doesn’t make that?)—I donned the extremely short cross-country shorts, bearing the whitey flesh for all to see. I never finished in the top five runners, and so I turned my attention to soccer, which ended with a broken toe.

While I had glimpses of glory in all of these sports, the Presidential Fitness Award seemed to be the elusive honor that could make up for my lack of athleticism. If I could only win the award, like so many thousands across the nation, it would catapult my sense of confidence and self-worth (not that I put much thought into it).

Enter the dreaded “sit-n-reach.” Not only do you have to touch your toes, you have to go five inches beyond your toes. What?!? After I successfully completed the mile run in under six minutes, pulled my small frame above a bar twenty-one times, and did so many sit-ups that I felt I could have stopped a bullet with my stomach, I couldn’t reach my toes; much less five inches beyond my toes.

The Presidential Fitness Award could have been mine, but I bombed a crucial component. I failed in only one area and that one area rendered me unfit for the entire award.

James writes, “For whoever keeps the whole law but fails in one point has become accountable for all of it” (2:10). God’s law is holy and he demands perfect obedience from his people. Jesus said, “You therefore must be perfect, as your heavenly Father is perfect” (Matt. 5:48).

Perfection, then, is God’s standard.

“Who can be saved, since all have sinned?” To quote Jesus again, “What is impossible with man is possible with God” (Luke 18:27). That’s the good news. Jesus did the impossible by accomplishing for you the perfect obedience demanded of you in the law. So even though you are guilty of breaking all of it—even if you did just theoretically break one commandment—Christ paid the wages of that guilt (his death) and gave you his perfect record of righteousness.

And it’s on that basis that God declares you righteous in his sight. God, then, can be just, in punishing your sin on the cross, and the justifier of the one who has faith in Jesus (Rom. 3:26).

So the next time that you can’t quite reach the mark—robbing you of the award of self-accomplishment—remember that you have a much greater reward: the free gift of eternal life through the perfect obedience of Another, Jesus Christ.