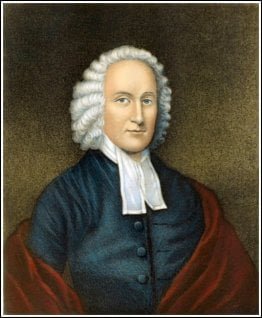 The Most High A Prayer Hearing God – Jonathan Edwards (1735)

O you who hears prayer, to you shall all flesh come.

Doctrine – It is the character of the Highest, that he is a God who answers prayer.

Though he is infinitely above all, and stands in no need of creatures; yet he is graciously pleased to take a merciful notice of poor worms in the dust.

Edwards argues that God not only accepts the supplications of all the saints; he does so willingly with favor.  He adds, “While they are praying, he gives them sweet views of his glorious grace, purity, sufficiency, and sovereignty; and enables them, with great quietness, to rest in him, to leave themselves and their prayers with him, submitting to his will, and trusting in his grace and faithfulness.”

A crucial point that Edwards makes is that God answers prayer because “he is a God of infinite grace and mercy.”

Edwards draws out many practical applications, the chief of which alerts the saints to make good use of prayer; to be prayer warriors in this wicked age.

Seeing we have such a prayer-hearing God as we have heard, let us be much employed in the duty of prayer: let us pray with all prayer and supplication: let us live prayerful lives, continuing instant in prayer, watching thereuto with all perseverance; praying always, without ceasing, earnestly, and not fainting.