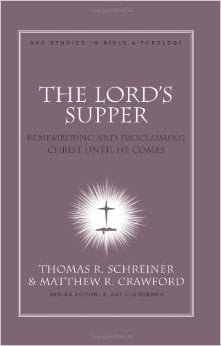 The Lord’s Supper: Remembering and Proclaiming Christ Until He Comes 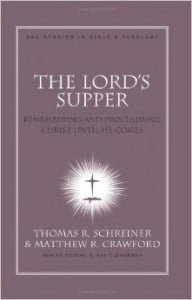 “Do this in remembrance of me.” Those words spoken by Jesus to his disciples prior to him being betrayed, crucified, and later rising from the grave serve as a command to participate in something that provides the believer a point of reference. But just what is the Lord’s Supper all about, what is it rooted in, what should we be remembering when we partake of it, what does it signify, and what have been the various approaches in the church regarding the Lord’s Supper? Via a series of informative and excellent essays, the contributors to The Lord’s Supper: Remembering and Proclaiming Christ Until He Comes discuss all those important elements.

Many arguably are not fully aware of where the communion ritual they participate in each Sunday came from. Some seem to believe it was something created by the Apostle Paul or that over time just became part of church tradition. They understand it relates to Christ’s death on the cross; however, the true roots of what communion is founded upon have been all too often overlooked or misunderstood. Andreas Kostenberger, noted New Testament scholar, rightly establishes that the event during which Jesus stated to his disciples and by extension all future generations of believers “Do this in remembrance of me” was that of Passover. It is unfortunate that some scholars have objected to the fact that Jesus was partaking of the Passover meal with his disciples when he said these words and the very thing he connected what they were to do in remembrance was specifically the celebration of Passover. So while many in the Church view the Feasts of the Lord in general as some set of events no longer applicable to us today, Schreiner rightly rejects that idea by properly addressing what the Lord’s Supper is established upon, that of a remembrance of Jesus as the perfect Passover Lamb that was slain for our sins. A book on the Lord’s Supper necessarily should begin with this discussion and I was pleased to see this book aptly address this fundamental aspect.

Of additional note are the essays that address the difference between the Protestant and Catholic views of the Lord’s Supper, or the Eucharist as it is called by Catholics. I found the discussion by Gregg Allison in his essay on the subject to be quite fascinating as he unpacked how the Catholic Church and their theology approaches the Lord’s Supper. Some of the material I was familiar with such as their belief in transubstantiation, the concept that the bread and wine/juice actually transform into the body and blood of Christ during the partaking of this sacrament. Allison does an excellent job of explaining where this belief system derived from and how it was presented in church history, further elaborating how the positions by men such as Tertullian and Augustine helped shape church doctrine in this area. Martin Luther’s disagreement with transubstantiation is also addressed by Allison as well as the similar position espoused by Zwingli which was supported later by John Calvin. All in all, this essay was a fascinating look into not just the Catholic Church’s position on this sacrament, but also how Protestant leaders rejected that position and their biblical reasoning.

Another essay I found particularly helpful was Brian Vickers’ discussion of what believers are to be doing when they partake of the Lord’s Supper. Given Jesus told us we are to be remembering something when we do this, it is imperative to understand what it is specifically we are commemorating. As noted by Vickers, the Lord’s Supper is a celebration of the past and the future in the present. This is an important concept for us to grasp as it ties together what God has done, is doing, and will yet do in the future concerning salvation history. Throughout Scripture, God established holy convocations for the express purpose of His people remembering what He had done for them. Passover was one of those appointed times, one that pointed to the deliverance by God of Israel from bondage in Egypt. Not only did it serve as a historical marker to times past, it also, at least for them, served as a means to look forward to the coming of the Messiah. Vickers saliently addresses both those important theological issues in his essay. Furthermore, he reminds the reader of the true purpose behind this meal, the renewal of God’s covenant with His people through Christ’s blood for the purpose of fixing our relationship with our Creator that was marred by sin.

The Lord’s Supper understood against the backdrop of the Passover and taken with the understanding of remembering God’s activity with His people in the past, in the present, and in the future is the Lord’s Supper properly done in remembrance of Jesus. Those desiring to understand what the Lord’s Supper is really all about, how it has been viewed throughout Church history, how it is presented in the Gospel accounts and throughout Scripture for that matter, as well as why this is such an important part of what we do as believers in a corporate sense, should read this excellent collection of essays. I highly recommend this book for all believers as we have all been commanded as God’s people to partake of the Lord’s Supper in remembrance of our Lord and Savior Jesus Christ until that glorious day when He returns for His bride.