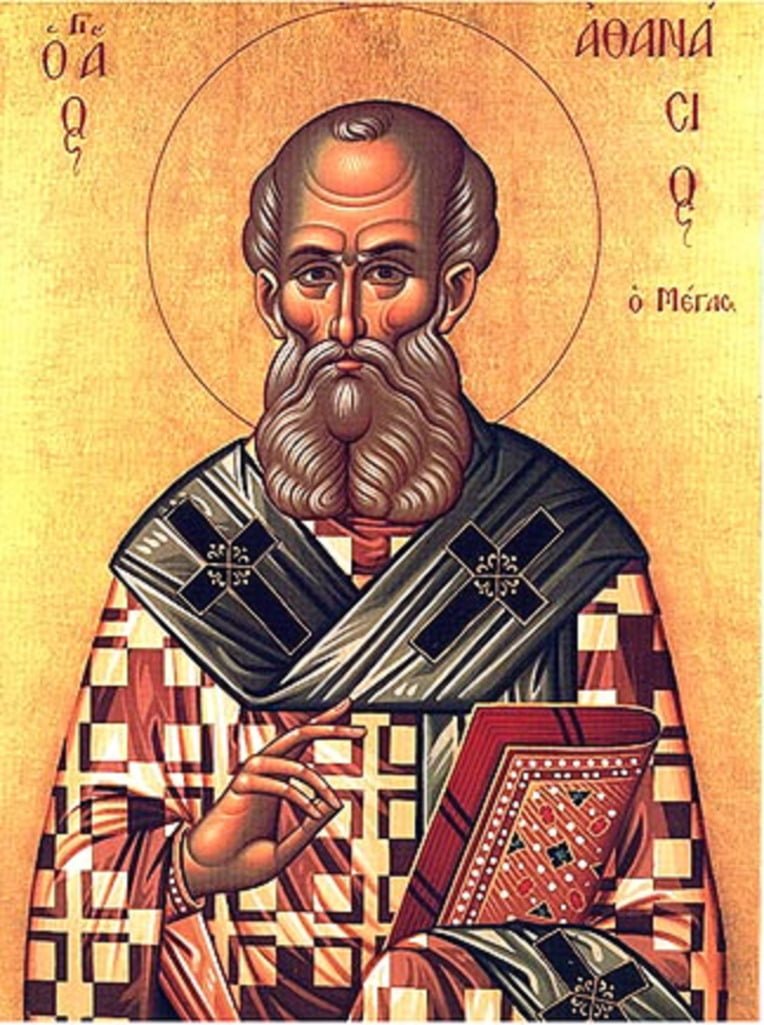 The Life and Ministry of Athanasius

Athanasius was born in the late third century A.D. (295). Little is known about his family or educational background, except that he was trained for the ministry at the historic center in Alexandria, Egypt. He had a great passion for God and his Word, which inspired his friend Gregory of Nazianzus to write, “From meditating on every book of the Old and New Testaments, with a depth such as none else has applied even to one of them, he grew rich in contemplation, rich in splendor of life” (Oration 21.6).

It is not surprising, then, to hear that Athanasius wrote two significant works before he was twenty years old. He was ordained as a Deacon in 319 and played a significant role in the Council of Nicaea in 325, and was ordained Bishop of Alexandria in 328. As Bishop, he received immediate and sustained opposition from the Arians and others who sympathized with them. Since he was short and dark-skinned, his opponents mockingly referred to him as “the black dwarf” and succeeded in sending him into exile no less than five times. But by the grace of God, he regained his Bishopric for the last time in 366 and served in that role until his death in May of 373.

Athanasius’ primary achievement was that he almost single-handedly defended the doctrines of the Trinity and the Incarnation against Arius and his followers. Arius argued on philosophical grounds that God cannot be divided, and that therefore Christ was created by God the Father at some point in time. Athanasius countered this false doctrine on biblical grounds by demonstrating that only God can save and that, therefore, Christ must be God. His arguments were multifaceted and complex, but for our purposes, the most important thing to understand is that, unlike Arius, Athanasius was committed to upholding biblical truth over philosophical respectability.

As Christopher A. Hall notes, “Whereas Arius began with certain philosophical presuppositions concerning God’s indivisibility, Athanasius started his exploration of the Son by studying Scripture’s answer to the question, ‘What must God do if humanity is to be saved from sin?’” (Reading Scripture with the Church Fathers, 59-60). Indeed, Arius began with philosophy and sought to mold biblical texts to his preconceived notions. Athanasius began with biblical texts and sought to mold the church’s teachings to them without regard for the approval of the philosophical community. It is hard to describe in so short a space how serious this controversy was but suffice it to say that if Athanasius had not stood, the church could well have fallen.

That said, I suspect that if we were to meet Athanasius, many of us would not like him. He was rough around the edges. Christopher Hall calls him a “theological cage fighter” who was simultaneously “courageous, cagy, and cunning” (Reading Scripture with the Church Fathers, 57). Robert Payne concurs, adding that he was implacable, intense, and derisive of his enemies. “There was something in him of the temper of the modern dogmatic revolutionary: nothing stopped him. The Emperor Julian called him, ‘hardly a man, only a little manikin’” (quoted in Hall, 57).

Indeed, even his good friend Gregory said that he was simultaneously “a pillar of the church” and one who possessed “all the attributes of the heathen” (Hall, 57). Please take a moment to let this sink in. Athanasius was a hero of the church, to be sure, but he was a broken hero. In his zeal for truth, he hurt many people and fell short of accurately displaying the heart of Christ, who is the truth.

And yet, despite his serious, and sometimes inexcusable brokenness, the grace of God poured over and through the life of this man. On the one hand, the love of God in Christ has covered a multitude of his sins. The debt for his sinful thoughts, harsh words, and hurtful actions was paid in full on the cross, and thus Athanasius will enjoy unhindered fellowship with our God and Savior forever. God allowed him to live with this thorn in his flesh, but God did not permit the thorn to ultimately destroy him.

On the other hand, the very qualities that hurt many people also allowed Athanasius to stand against exceedingly strong forces. It is impossible to describe in so short a space how much power was arrayed against this man, but in his grace, God used Athanasius’ stubbornness to protect and prosper biblical truth. Because of this very quality, the Arian heresy is considered heresy instead of orthodoxy. Thus Athanasius presents us with a stark, and perhaps stunning, example of God’s grace working through weakness. It would be a mistake to minimize or overlook the hurt Athanasius caused in his lifetime. But it would be an even greater mistake to minimize or overlook the grace of God that worked through his weakness.

With these things in mind, what can we learn from the life of Athanasius? First, Athanasius sincerely loved the Word of God and the God of the Word. As his good friend Gregory of Nazianzus wrote, “From meditating on every book of the Old and New Testaments, with a depth such as none else has applied even to one of them, he grew rich in contemplation, rich in splendor of life” (Oration 21.6). This long meditative journey shaped his soul and prepared his mind for the battles that lie ahead and formed in him a confident and accurate conviction about what the Bible does and does not say. Were it not for this fundamental passion, he could not have stood for truth, and Arianism may well have taken permanent hold of the church. Like Athanasius, our love for God and his Word may well bear unexpected fruit, so let us follow his example and gladly cling to the gracious words of our Creator.

Second, beyond mere Bible reading and personal meditation, Athanasius did the painstaking work of thinking about the overarching themes of the Bible. That is, he engaged in biblical-theological reflection. The simple lesson I take from this is that theology matters. Ideas about God, right or wrong, have consequences, and we must seek to understand, uphold, and defend what is biblically right no matter what the cost or consequence. Theological reflection can lead to idle speculation, but when it is founded upon a genuine passion for God and his Word, it leads to God-honoring stability for the church. Theology matters, and like Athanasius, we should give ourselves to thinking about the overarching themes of the Bible.

Third, Athanasius provides us with a stunning example of what it means to persevere in Christ. He endured much suffering for the sake of truth, and he did so by fixing his eyes on Christ, taking up his cross, and following the Lord to the day of his death. He feared God more than people, and he leaned hard upon the presence and promises of God, and therefore he was able to press on. His life displays the truth that perseverance is a fruit of faith, so may we too look to Christ and follow him all the days of our lives.

Finally, Athanasius teaches us that God uses broken people. His flaws were real, and the hurt he caused was serious. But God uses broken people, so we should not be ashamed to count him as a broken hero. And we should be encouraged that if God can use a man like him, he can use men and women like us—warts, wounds, and all—for his glory, our joy, and the good of other—warts, wounds, and all.