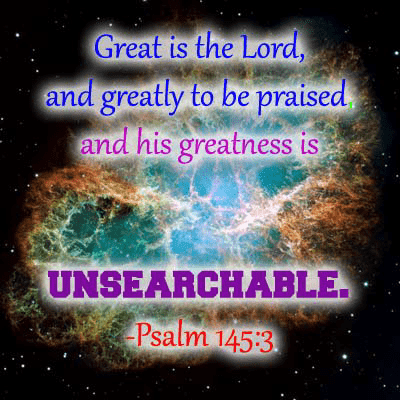 The Knowability of God

by Matthew Adams | Jan 12, 2017 | The Doctrine of God: Eternal Creator and Redeemer, Featured

The religions of the world fall all over this “knowability” spectrum. Some conclude that God cannot be known at all, and they argue that God is so exclusive from humanity that it would be ignorant to think that somehow finite humans can relate or know Him. However, Christians argue that even though we cannot fully known everything about God, He has chosen to reveal Himself to His creatures in ways that we can know Him personally and significantly, in a limited but ever-increasing way throughout eternity.

It is here that we must consider the theological teaching of the incomprehensibility of God. Some of the greatest theologians and throughout all of history have taught this theological point. However, by using this term, it seems to contradict what has just been said about knowing God. When we use the term incomprehensible, we are not referring to something that we are unable to comprehend, nor are we saying that God is utterly unknowable. Instead, we are saying that we cannot comprehend God exhaustively.

The Key Word Here is Exhaustively

This theological fact—that God can never be fully known—is reaffirmed for us in the Scriptures. The Psalmist David writes, “Great is the Lord, and greatly to be praised, and his greatness is unsearchable” (Psalms 145:3). Then the Apostle Paul writes, “The Spirit searches everything, even the depths of God,” and continues to say, “no one comprehends the things of God except the Spirit of God” (1 Corinthians 2:1012). Going back to the Psalms, David underlines this truth when he writes, “Such knowledge is too wonderful for me; it is high, I cannot attain it” (Psalms 139:6).

Do Not Fall into Error

If we misinterpret the doctrine of God’s incomprehensibility, we can easily find ourselves falling into two serious errors. The first error, which has been alluded to already, says that since God is incomprehensible, He must be completely unknowable, and anything we say about God is nonsense—pretty much gibberish. However, the Christian faith affirms the wisdom of God alongside the incomprehensibility of God. What does this mean? It means that our minds can go only so far in understanding God, and to know God we need His revelation. But that revelation is intelligible, not irrational. It is not gibberish. It is not nonsense. The incomprehensible God has revealed Himself truly.

This was a key point to the Reformation, that God is both hidden and revealed. There are mysteries about God that we do not know. However, we are not left in alone in the dark. We are not searching for a hidden God. No, God has also revealed Himself, and that is foundational to the Christian faith. Christianity is a revealed religion.

The point is that God remains incomprehensible because He reveals Himself without revealing everything there is to know about Him. To reaffirm this with Scripture, Moses writes, “The secret things belong to the Lord our God, but the things that are revealed belong to us and to our children forever” (Deuteronomy 29:29). Therefore, what Moses is teaching us, is that we are not left with absolutely any knowledge of who God is, but we have a real working understanding of God that is fundamental and practical for us.

This does raise some questions for us. How are we to meaningfully speak about this subject? In my understanding of the subject, there are two ways of looking at this topic. The first, being full of skepticism, which we have just talked about, and then secondly, we can look at it with a false assumption that we have captured who God really is. This is the second error that we must be intentional to not fall into.

See, in the error of skepticism, we conclude that our language about God is utterly meaningless and we have no relational abilities in regard to God. However, the opposite end of that spectrum is to say that we have grasped God completely. As Christians, we can say what God is like, but as soon as we equate whatever it is that we use to describe God with His essence, we have committed the error of thinking that the finite has fully grasped the infinite; which we have already seen to be impossible.

How Can We Know God?

So, this is a heavy theological conversation, but we must be certain of one thing:  God has revealed Himself to us, so that we can know Him, not exhaustively, but according to His perfect and wise counsel.

Even though God cannot be known completely, we can know true things about Him. Faithfully, God has revealed Himself in two ways. First, He has revealed Himself manifestly through nature. This is what we call natural revelation. God is the Creator of all things! He is the One that spoke it all into existence and now guides all things in this life by His sovereign hand.

Secondly, He has revealed Himself through His Word. The Westminster Divines asks the Catechism question, “What is God?” Their answer is, “God is a Spirit, infinite, eternal, and unchangeable. In his being, wisdom, holiness, goodness, justice, and truth.” So, how can they write this? The answer is, by the Holy Scriptures. For example, we know that God is love (1 John 4:8), God is light (1 John 1:5), God is Spirit (John 4:24), and that God is just or righteous (Romans 3:26). These aspects of God have been revealed to us in Scripture. This is called, in theological terms, special revelation. God has truly revealed Himself verbally. He has spoken, and we have His Word—the Bible. This is information that God gives to us that we could never figure out on our own, but because of the illumination of the Spirit, we know these things about God!

I love what the prophet Jeremiah writes, as he is the mouthpiece for the Lord, “Thus says the LORD: ‘Let not the wise man boast in his wisdom, let not the mighty man boast in his might, let not the rich man boast in his riches, but let him who boasts boast in this, that he understands and knows me, that I am the LORD who practices steadfast love, justice, and righteousness in the earth. For in these things I delight, declares the LORD'” (Jeremiah 9:23-24).

Before we close, we need to make these deep theological truths personal. We can know about God, and the Scriptures actually tell us that we can know more than mere facts about God. The Scriptures tell us that we can actually know Him as a personal being! Think about what the Lord says through the prophet Jeremiah! The Lord is saying that our source of joy should come from knowing God and not from our riches, wisdom, or might! Additionally, the Apostle John writes, “Now this is eternal life: that they may know you, the only true God, and Jesus Christ, whom you have sent,” (John 17:3).

I do not know a better way of closing this article other than another quote from the Apostle John, as he wrote his first epistle, “I write to you, children, because you know the Father” (1 John 2:13). God can be known, and in knowing God we find the greatest and most complete joy.