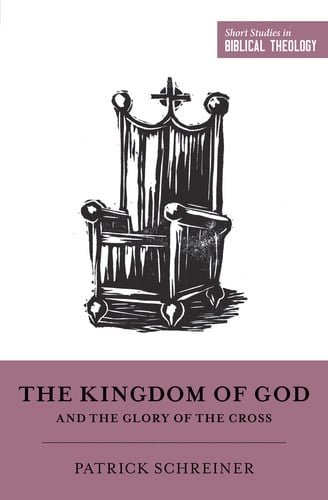 The resurgence of biblical theology and an emphasis on the kingdom of God has been a profound help to Christians, both in the academy and the local church. Patrick Schreiner’s offering, The Kingdom of God and the Glory of the Cross is the latest publication in Crossway’s excellent series – Short Studies in Biblical Theology.

Dr. Schreiner defines the kingdom as “the King’s power over the King’s people in the King’s place.” This definition guards against the tendency to relegate the kingdom to the realm of the immaterial. Ultimately, we learn in this book, Jesus is the Hero of the Bible who is the God-Man who will fulfill the kingdom promises.

Part 1: Kingdom in the Old Testament

The major aspects of the Old Testament shine light on the kingdom of God. We learn a crucial redemptive lesson early in the book:“History does not just move on for the covenant God, he pushes it forward through the power of his Word as the saga strains toward its kingdom goal.” According to Schreiner, the Law revives hope in the kingdom. The Prophets foreshadow the kingdom. And the Writings articulate life in the kingdom.

Part 2: Kingdom in the New Testament

In the New Testament, the Gospels embody the kingdom. Acts and the Epistles emphasize kingdom community. And Revelation shows how the kingdom goal is achieved. But one sentence may summarize the whole book and bring a final answer to questions that may be posed concerning the kingdom. Schreiner writes, “The cross establishes the kingdom; the kingdom comes through the cross.” The awareness of this great reality not only informs and educates; it inspires hope for today and hope for the future!

The great benefit of The Kingdom of God and the Glory of the Cross is found in its devotional qualities. I found myself deep in study, probing the mystery of the kingdom, exercising my mind and recalling my years of training in Bible College, Seminary, and beyond. But throughout this work, I was also drawn into worship as I contemplated the reality of the already, not-yet kingdom. I highly recommended this book.